13 December 1862: “…ought not this provision to be made, looking forward to the possibility that the Abolitionists may get possession of our Capitol?”

Posted on 13 Dec ’12 by Biff Hollingsworth

Item description: Letter, 13 December 1862, from Judge Robert Reed Heath, Raleigh, N.C., to William A. Graham. In the letter, Heath discusses, at length, the matter of judges’ salaries and also gives his opinion that the North Carolina Legislature ought to establish a policy for removing the Supreme Court of North Carolina from Raleigh in the event that the capital city is captured by the Union Army. 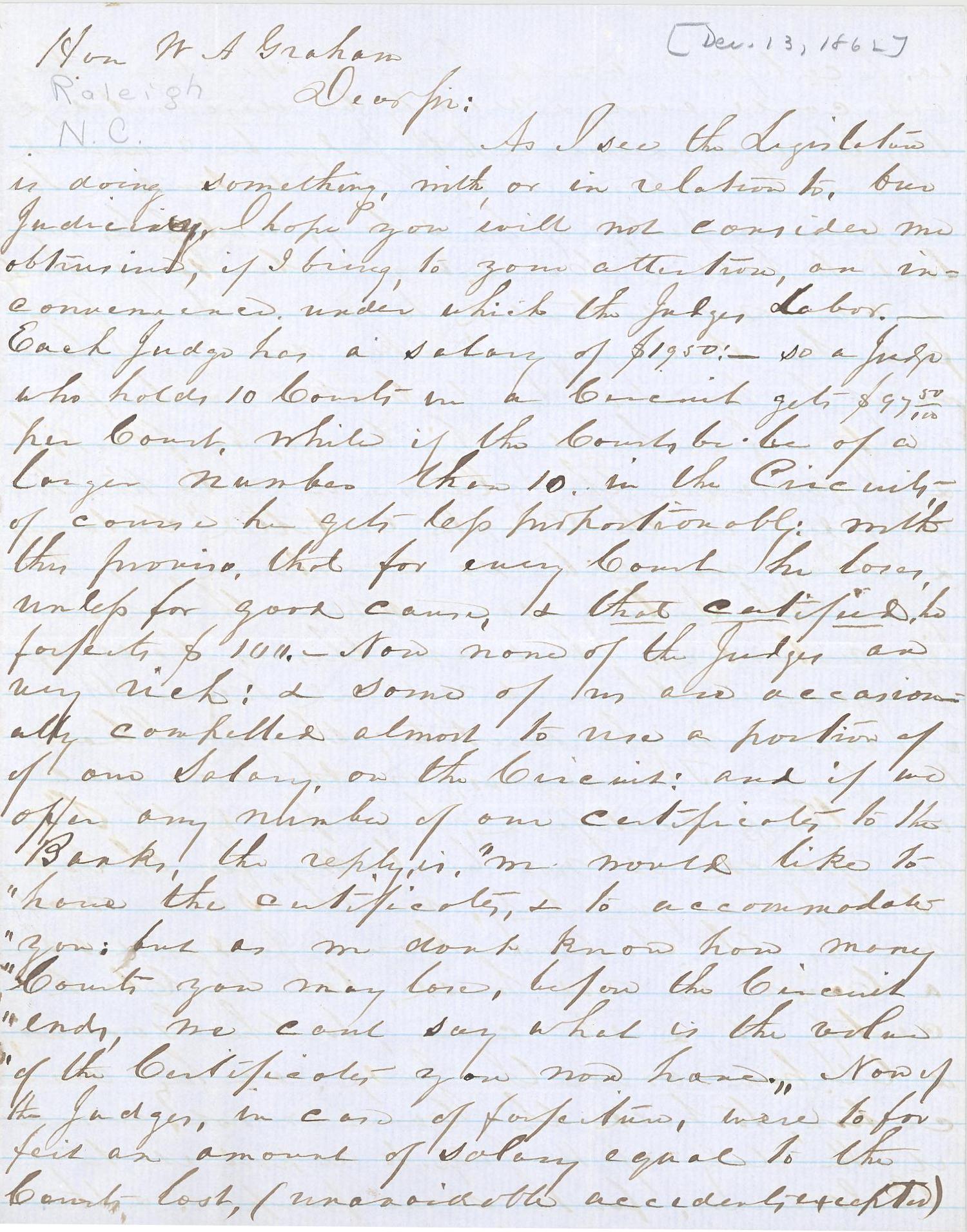 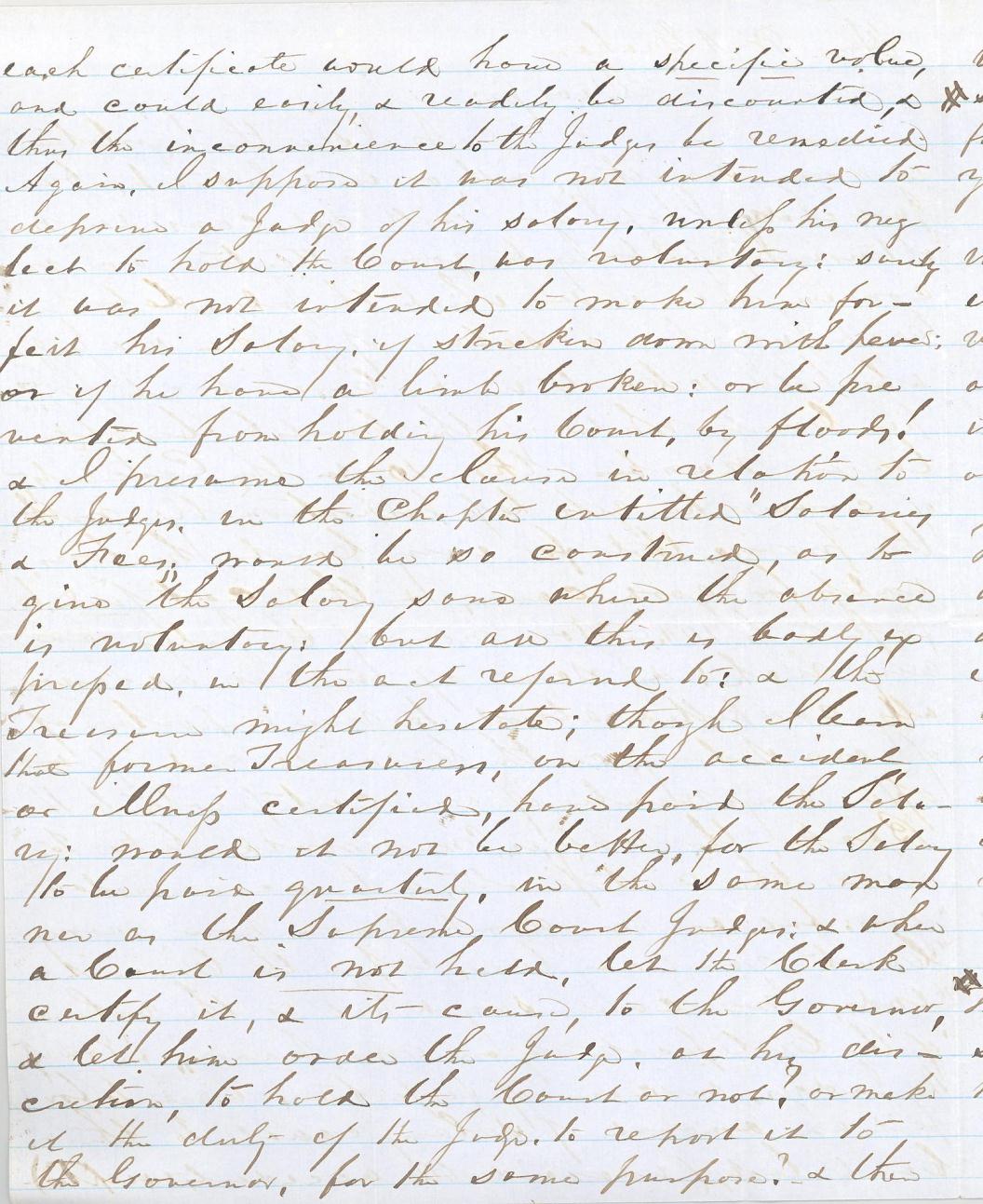 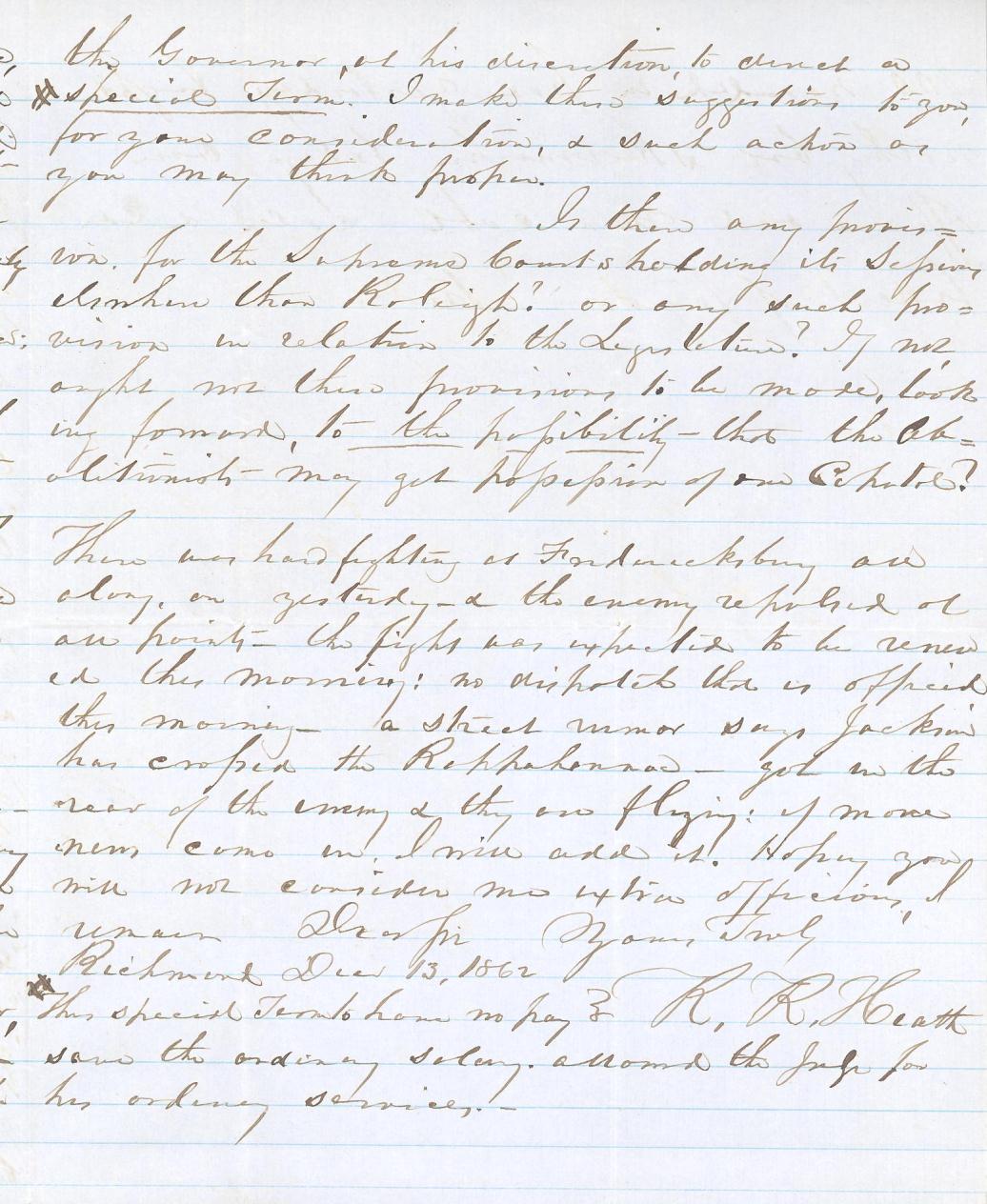 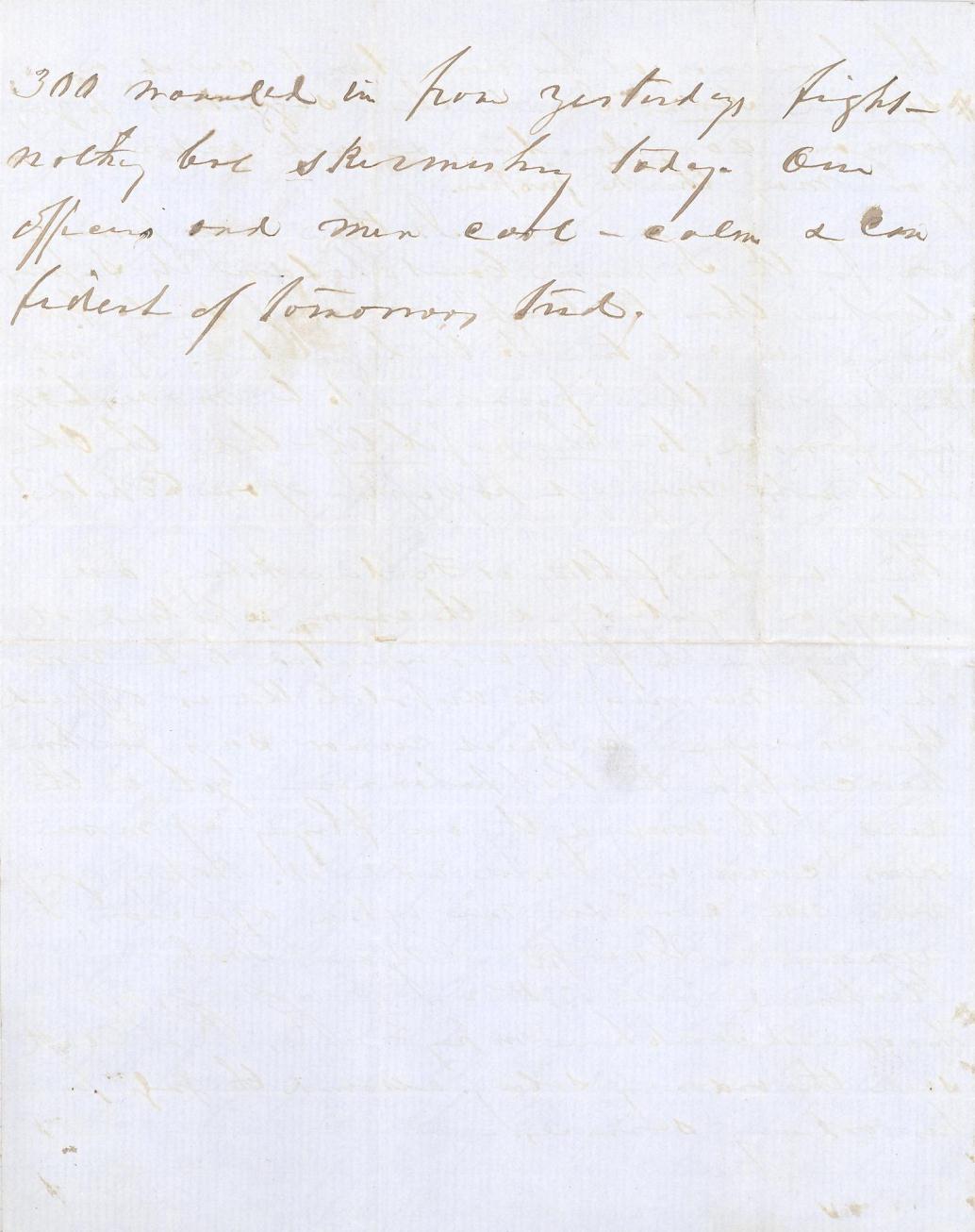 As I see the Legislature is doing something with, or in relation to, our Judiciary, I hope you will not consider me obtrusive, if I bring to your attention an inconvenience under which the Judges labor. Each Judge has a salary of $1950 — so a Judge who holds 10 Courts in a Circuit gets $97.50 per court, while if the Courts be be of a larger number than 10 in the Circuit of course he gets less proportionally; with this proviso that for every Court he loses, unless for good cause, & that certified, he forfeits $100. Now none of the Judges are very rich; & some of us are occasionally compelled almost to use a portion of our salary on the Circuit; and if we offer any number of our certificates to the Banks, the reply is, “we would like to have the certificates, & to accommodate you; but as we don’t know how many Courts you may lose, before the Circuit ends, we cant say what is the value of the Certificates you now have.” Now if the Judges, in case of forfeiture, were to forfeit an amount of salary equal to the Courts lost, (unavoidable accidents excepted) each certificate would have a specific value, and could easily & readily be discounted, & thus the inconvenience to the Judges be remedied. Again, I suppose it was not intended to deprive a Judge of his salary, unless his neglect to hold the Court was voluntary; surely it was not intended to make him forfeit his salary, if stricken down with fever; or if he have a limb broken; or be prevented from holding his Court by floods! & I presume the clause in relation to the Judges in the Chapter entitled “Salaries & Fees;” would be so construed as to give the Salary sans where the absence is voluntary, but as this is badly expressed in the act [referred?] to; & the Treasurer might hesitate; though I learn that former Treasurers, on the accident or illness certified, have paid the Salary; would it not be better for the Salary to be paid quarterly, in the same manner as the Supreme Court Judges; & when a Court is not held, let the Clerk certify it, & its cause , to the Governor, & let him order the Judge, at his discretion, to hold the Court or not? or make it the duty of the Judge to report it to the Governor, for the same purpose? & then the Governor, at his discretion, to direct a special Term. I make these suggestions to you for your consideration, & such action as you may think proper.

Is there any provision for the Supreme Court’s holding its [?] elsewhere than Raleigh? or any such provision in relation to the Legislature? If not, ought not this provision to be made, looking forward to the possibility that the Abolitionists may get possession of our Capitol?

There was hard fighting at Fredericksburg and along, on yesterday – & the enemy repulsed at all points – the fight was expected to be renewed this morning; no dispatch that is official this morning – a street rumor says Jackson has crossed the Rappahannock – got in the rear of the enemy & they are flying; if more news comes in, I will add it. Hoping you will not consider me extra officious, I remain, dear Sir, Yours truly,

The special Term to have no pay save the ordinary salary allowed the Judge for his ordinary services.

300 wounded in from yesterdays fight nothing but skirmishing today. Our officers and men cool, calm & confident of tomorrow’s [test?].