30 April 1863: “I would not therefore encumber myself with artillery, but would take the best guns and horses. Use however your judgment.”

Posted on 30 Apr ’13 by Biff Hollingsworth

Item description: Letter, dated 30 April 1863, from Robert E. Lee to Thomas J. “Stonewall” Jackson. According to a note pasted on the letter, it was Lee’s last official letter to Jackson prior to the Battle of Chancellorsville. Jackson was wounded on 2 May and died several days later, 10 May, from complications of pneumonia.

The typewritten note at the bottom of the letter was pasted by Charles William Dabney (1855-1945), son of Robert Lewis Dabney (1820-1898), a member of Stonewall Jackson’s staff and early Stonewall Jackson biographer. Robert Lewis Dabney collected many original letters and other materials as he researched and compiled his biography of Jackson (published in 1866 as Life and Campaigns of Lt. Genl. T.J. Jackson (‘Stonewall Jackson’)). Some of these original letters were received from Jackson’s widow, Mary Anna Morrison Jackson. In the twentieth century, many of the original letters were photostated by Charles William Dabney and returned to their prior owners. However, some of the original materials, such as the 30 April 1863 letter from Lee to Jackson, were not returned and were later donated to the Southern Historical Collection, as a part of the Charles William Dabney Papers (#1412). 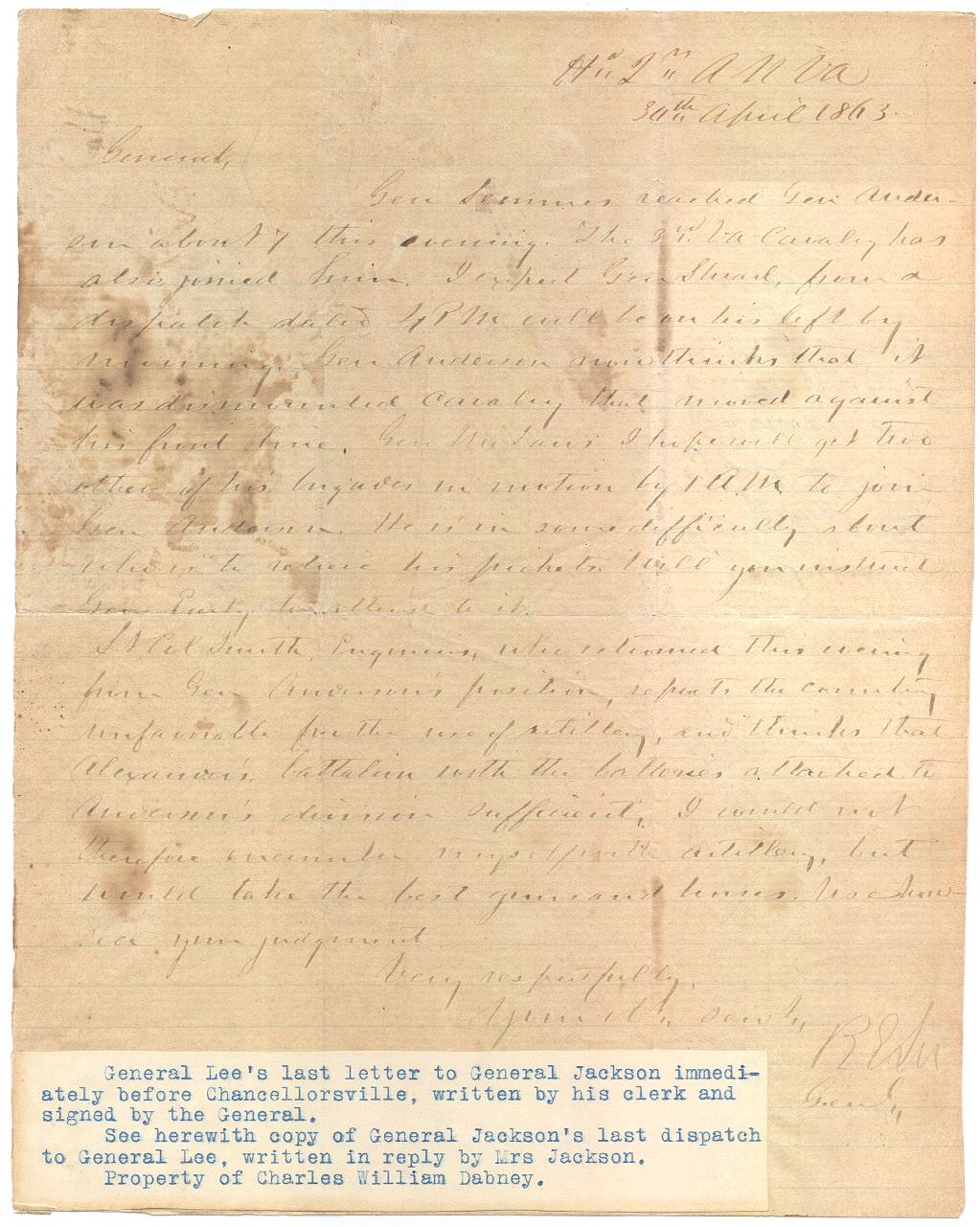 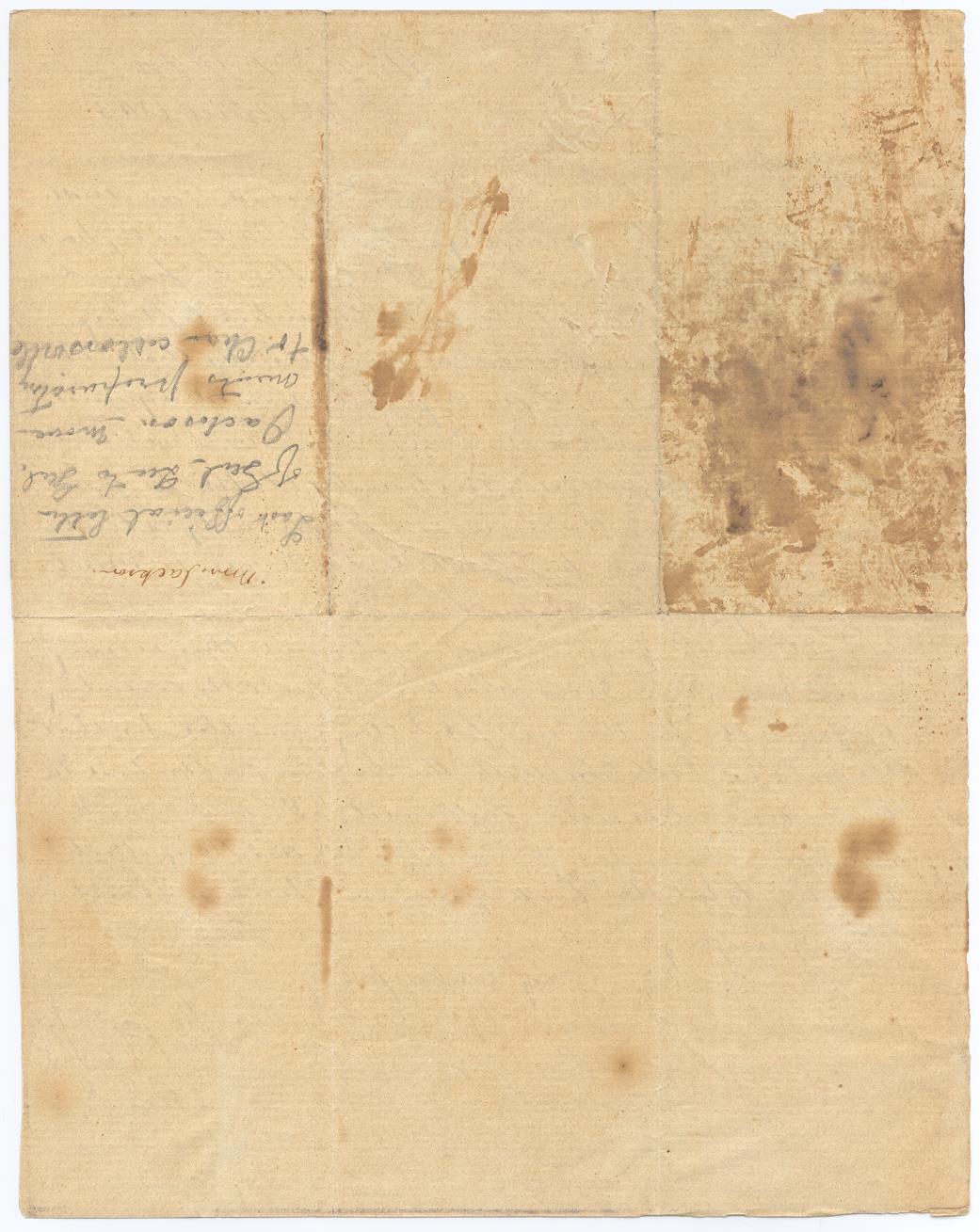 Item citation: From folder 250 in the Charles William Dabney Papers #1412 in the Southern Historical Collection, University of North Carolina at Chapel Hill.

Gen. Semmes reached Gen. Ander-
son about 7 this evening. The 3rd Va. Cavalry has
also joined him. I expect Gen. Stuart, from a
dispatch dated 4PM will be on his left by
morning. Gen. Anderson now thinks that it
was dismounted cavalry that moved against
his front line. Gen. McLaws I hope will not get two
other of his brigades in motion by 1 AM to join
Gen. Anderson. He is in some difficulty about
who is to relieve his pickets. Will you instruct
Gen. Early to attend to it.

Lt. Col. Smith, Engineers, who returned this evening
from Gen. Anderson’s position, repeats the country
unfavorable for the use of artillery, and thinks that
Alexander’s battalion with the batteries attached to
Anderson’s division sufficient. I would not
therefore encumber myself with artillery, but
would take the best guns and horses. Use how-
ever your judgment.