22 May 1863: “Kate thinks I had better get the grey dress you speak of – but I reckon I had better try and do without it and get a homespun next winter”

Posted on 22 May ’13 by Biff Hollingsworth 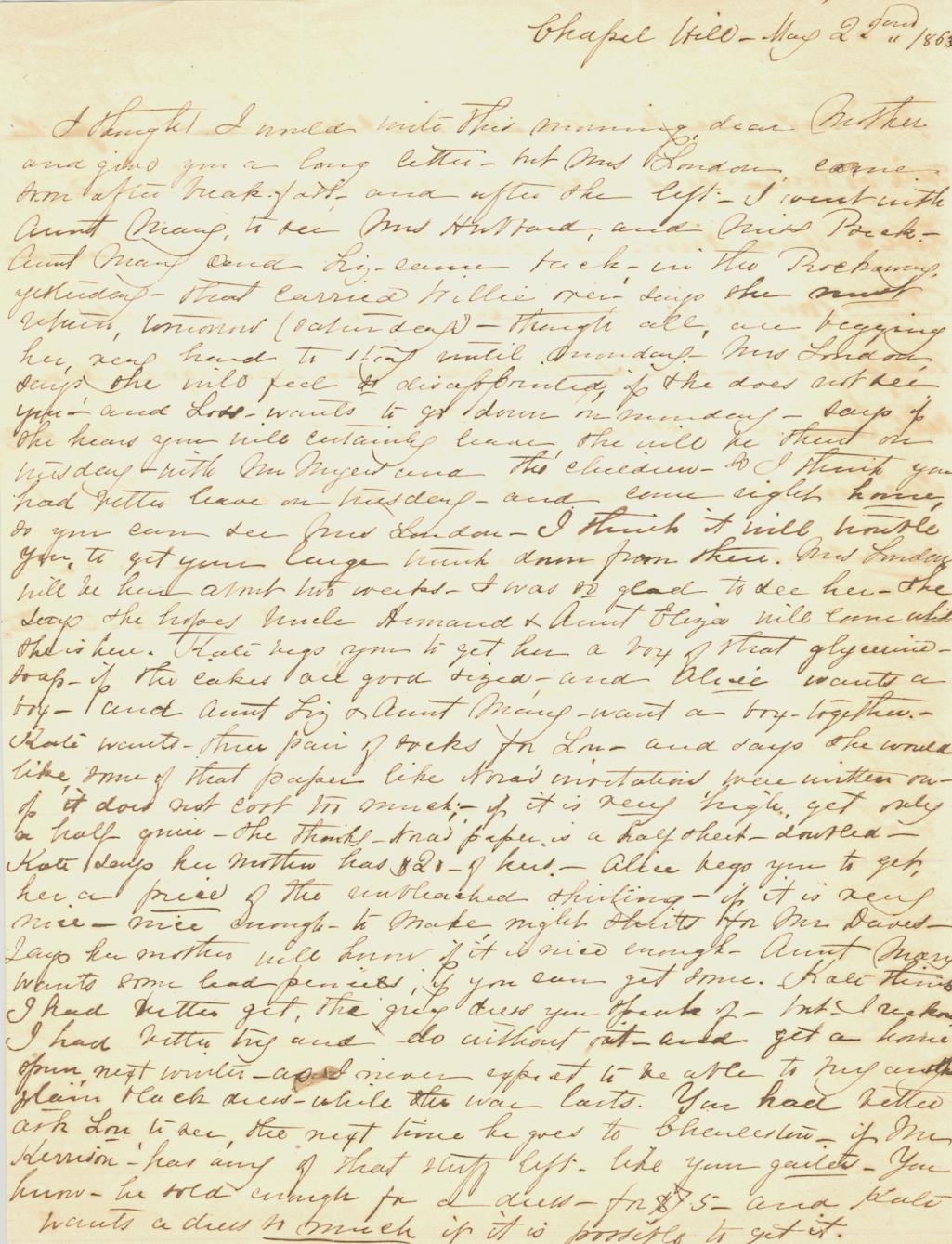 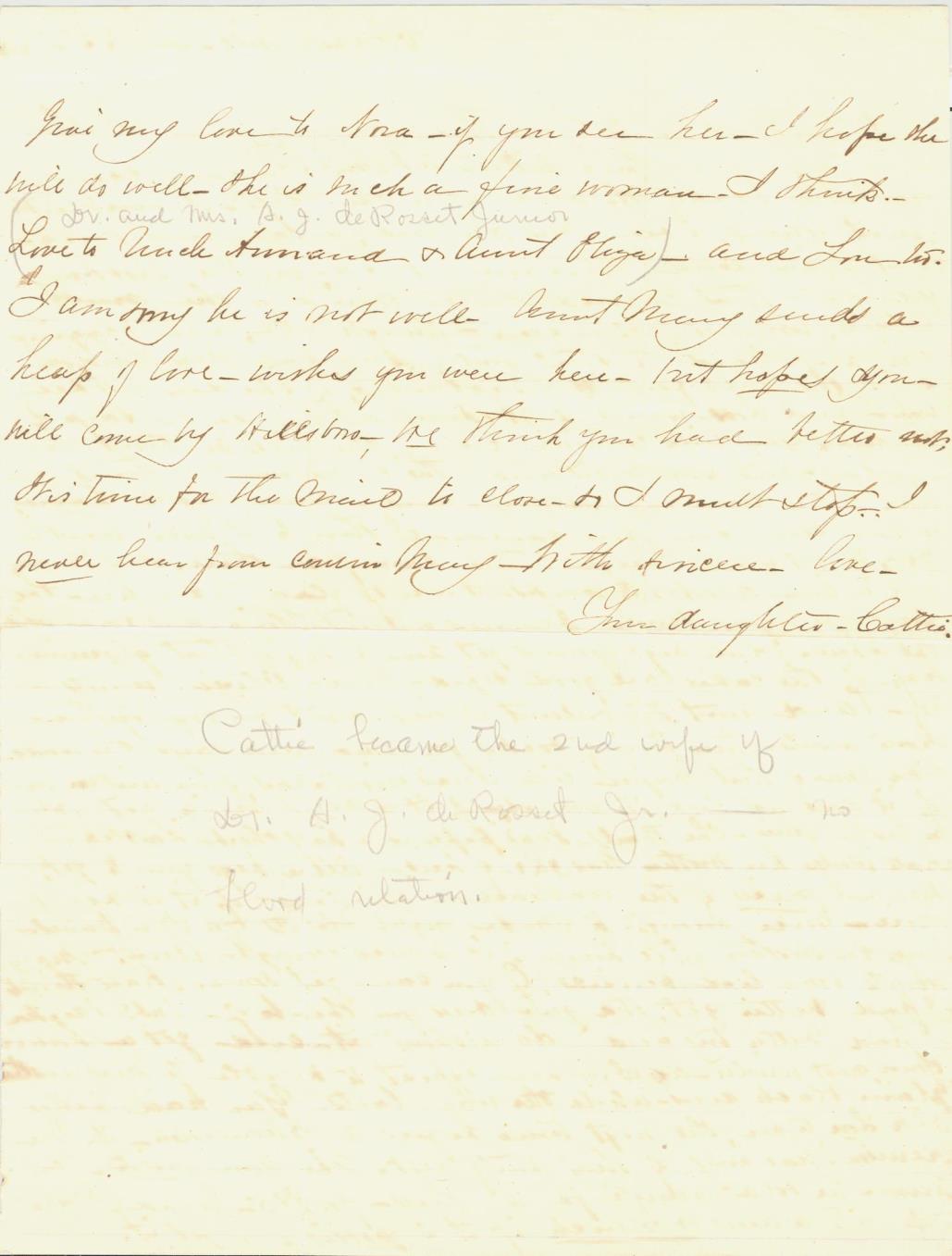 I thought I would write this morning dear Mother and give you a long letter, but Mrs. London came soon after breakfast and after she left I went with Aunt Mary to see Mrs. Hubbard and Mrs. Beck[?]. Aunt Mary and Liz came back in the Rockaway[?] yesterday, that carried Willie over, says she [?] return tomorrow (Saturday – though all are begging her very hard to stay until Monday. Mrs. London says she will feel so disappointed if she does not see you and L[?] wants to go down on Monday, says if she hears you will certainly leave, she will be there on Tuesday with Mrs. Myers and the children so I think you had better leave on Tuesday and come right home, so you can see Mrs. London. I think it will trouble you to get your large trunk down from there. Mrs. London will be here about two weeks. I was so glad to see her. She says she hopes Uncle Armand & Aunt Eliza will come while she is here. Kate begs you to get her a box of that glycerine soap if the cakes are good sized – and Alice wants a box and Aunt Liz & Aunt Mary want a box together. Kate wants three pair of socks for Lou[?] and says she would like some of that paper like Nora’s invitations were written on – if it does not cost too much. if it is very high get only a half [?]. She thinks Nora’s paper is a half sheet-doubled. Kate says her mother has $20 of hers. Alice begs you to get her a piece of the unbleached shirting, if it is very nice – nice enough to make night shirts for Mr. Dawes[?] – says her mother will know if it is nice enough. Aunt Mary wants some lead pencils, if you can get some. Kate thinks I had better get the grey dress you speak of – but I reckon I had better try and do without it and get a homespun next winter – as I never expect to be able to buy another plain black dress while the war lasts. You had better ask Lou to see the next time he goes to Charleston. if Mr. Harrison[?] has any of that stuff left, like you [?]. You know he had enough for a dress for $75 and Kate wants a dress so much if it is possible to get it.

Give my love to Nora if you see her. I hope she will do well. She is such a fine woman, I think. Love to Uncle Armand & Aunt Eliza, and Lou too. I am sorry he is not well. Aunt Mary sends a heap of love, wishes you were here, but hopes you will come by Hillsboro. We think you had better not, this time for the mail to close, so I must stop. I never hear form cousin Mary. With sincere love,