3 June 1863: “Jo took deliberate aim and there was one rebel less to contend against.”

Posted on 3 Jun ’13 by Biff Hollingsworth

Item description: This letter, dated 3 June 1863, was written by A.J. Withrow to his wife in Iowa. Withrow is a part of the tightening Union ring around Vicksburg, Mississippi, and he describes the pressure being applied to the Confederate forces. Withrow also recounts the shooting of a Confederate soldier, commenting , “…there was one rebel less to contend against.”

Adoniram Judson Withrow (1825-1867) of Salem, Iowa, was first lieutenant of Company C, 25th Regiment Iowa Volunteers, United States Army. He served in Arkansas and Mississippi. His second wife, whom he married in 1854, was Libertatia America Arnold. 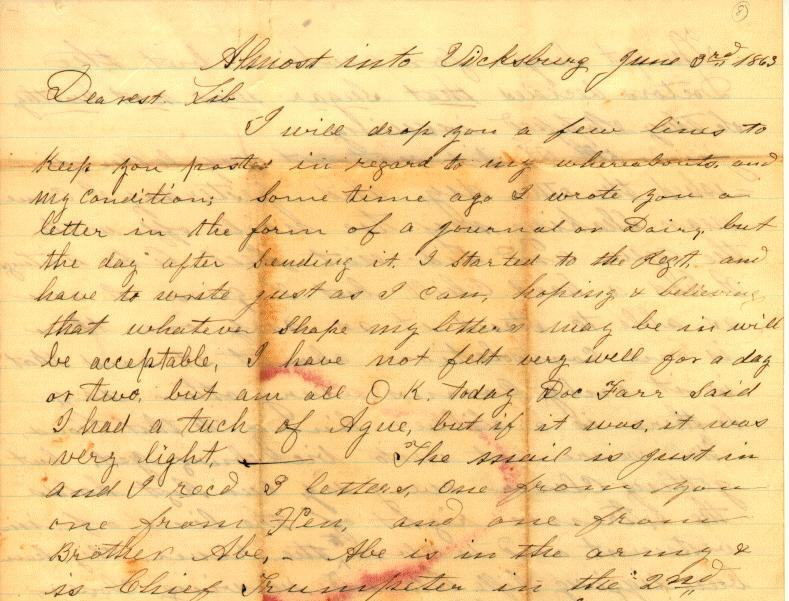 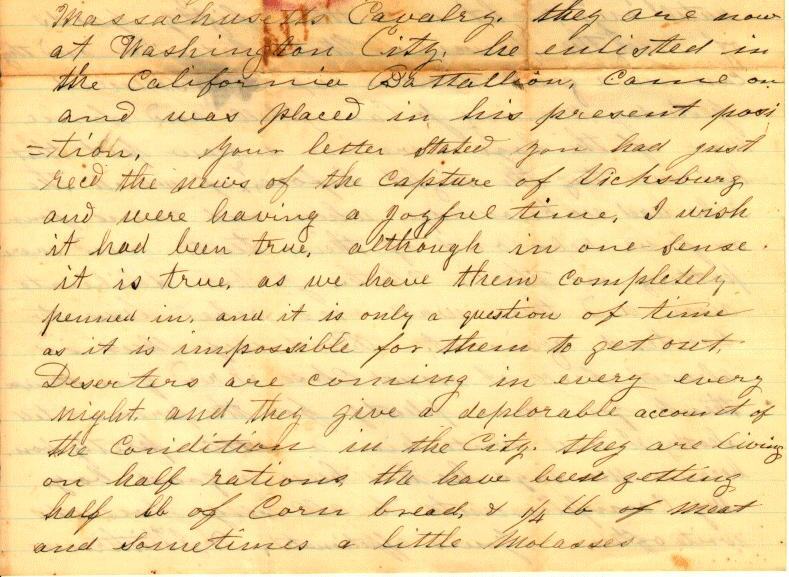 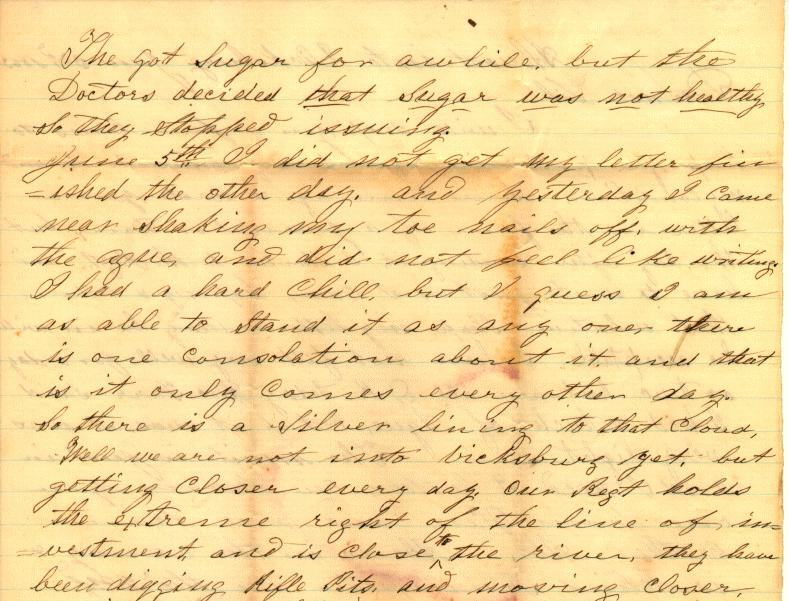 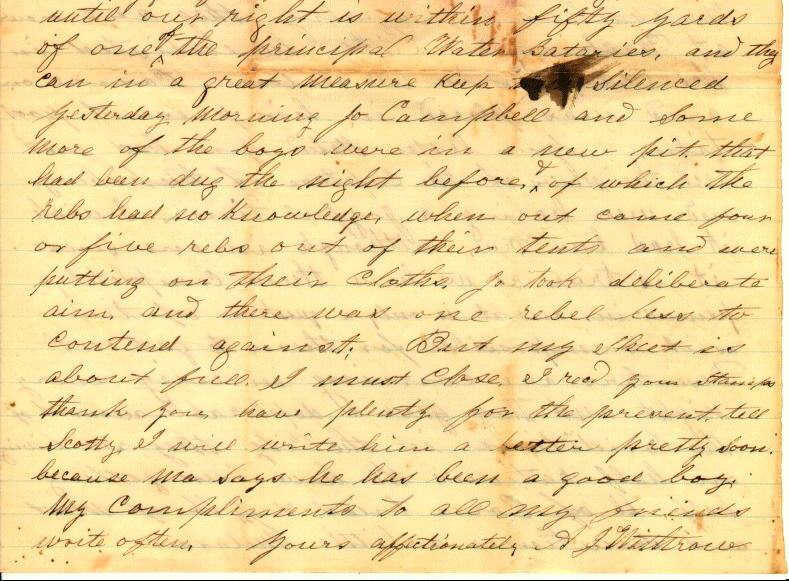 I will drop you a few lines to keep you posted in regard to my whereabouts and my condition; Some time ago I wrote you a letter in the form of a journal or Dairy, but the day after sending it, I started to the Regt. and have to write just as I can, hoping & believing that whatever shape my letters may be in will be acceptable. I have not felt very well for a day or two, but am all O.K. today Doc Farr said I had a tuch of Ague, but if it was, it was very light. The mail is just in and I recd 3 letters, one from you one from Hen, and one from Brother Abe. Abe is in the army & is Chief Trumpeter in the 2nd Massachusetts Cavalry. they are now at Washington City. he enlisted in the California Battallion, came on and was placed in his presemt posi- tion. Your letter stated you had just recd the news of the capture of Vicksburg and were having a joyful time. I wish it had been true, although in one sense it is true, as we have them completely penned in, and it is only a question of time as it is impossible for them to to get out. Deserters are coming in every every night, and they give a deplorable account of the conditions in the City. they are living on half rations the[y] have been getting half lb of of corn bread, & 1/4 lb of meat and sometimes a little Molasses

The[y] got sugar for awhile, but the Doctors decided that sugar was not healthy, So they stopped issuing. June 5th I did not get my letter fin- ished the other day, and yesterday I came near shaking my toe nails off, with the ague, and did not feel like writing. I had a hard chill, but I guess I am as able to stand it as any one, there is one consolation about it, and that is it only comes every other day. So there is a silver lining to that cloud Well we are not into Vicksburg yet, but getting closer every day. Our Regt holds the extreme right of the line of in- vestment and is close to the river, they have been digging Rifle Pits, and moving closer until our right is within fifty yards of one of the principal Water Bataries, and they can in a great measure keep [stained] silenced yesterday morning Jo Campbell and some more of the boys were in a new pit that had been due to the night before, & of which the rebs had no knowledge, when out came four or five rebs out of their tents and were putting on their cloths. Jo took deliberate aim and there was one rebel less to contend against. But my sheet is about full. I must close. I read your stamps thank you have plenty for the prevent, tell Scotty I will write him a letter pretty soon. because ma says he has been a good boy, My compliments to all my friends write often. Yours affectionately, A J Withrow