Posted on 13 Jun ’13 by Biff Hollingsworth

Item description: Letter, 13 June 1863, concerning a slave named Harvey who has not been returned from impressment at Fort Beauregard, La.

More about George W. Logan:
George William Logan (1828-1896) was born in Charleston, S.C., to George William Logan and Anna d’Oyley Glover Logan. In 1849, he moved to New Orleans, La., and, in 1853, he married Marie Telide Soniat du Fossat. Logan, a businessman before and after the Civil War, had interests in the cotton brokerage and exporting firm Logan, Smith, and Claiborne. During the war, he served as a lieutenant colonel in the Confederate Army, commanding a battalion of heavy artillery in Louisiana from 1862 to 1865. The greater part of his service was in the District of Western Louisiana in defense of Fort Beauregard at Harrisonburg on the Ouachita River, near the point where the Ouachita joins the Black River. In September 1863, Logan was ordered to Vienna, La., and, in April 1864, he joined General Kirby Smith in the defense of Shreveport. In March 1865, Logan assumed command at Fort Gallagher near Natchitoches in March 1865 and was paroled in May 1865. 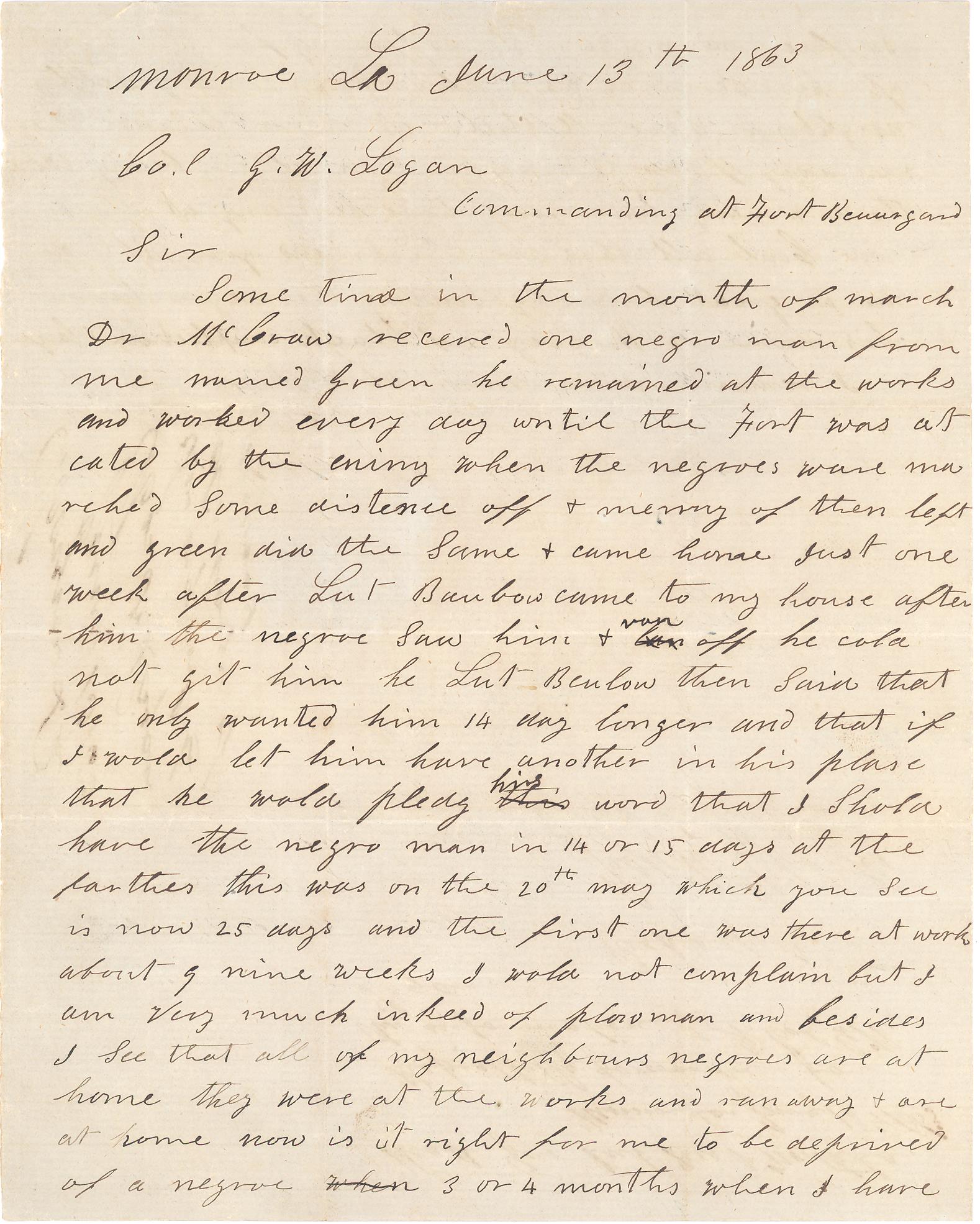 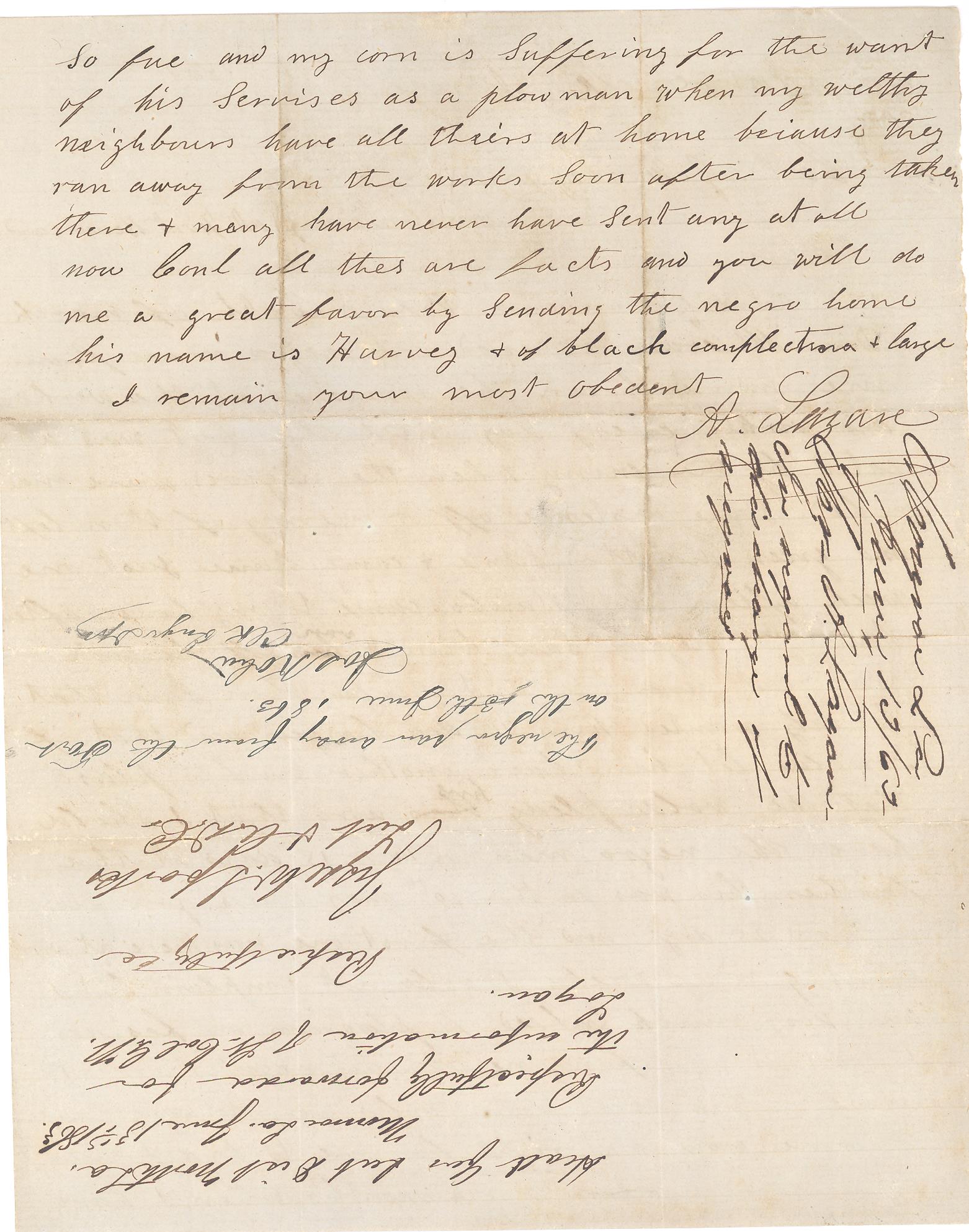 Some time in the month of March Dr. McGraw received one negro man from me named Green he remained at the works and worked every day until the front was (?) by the (?) when the negroes were marched some distance off & many of them left and Green did the same & came home just one week after Lieut Benlow came to my house after him the negroe saw him & ran off he could not git him he Lieut Benlow then said that he only wanted him 14 days longer and that if I would let him have another in his plase that he would pledg his word that I shold have the negro man in 14 or 15 days at the farthest this was on the 20th May which you see is now 25 days and the first one was there at work about (?) nine weeks I wold not complain but I am very much in need of plowman and besides I see that all of my neighbours negroes are at home they were at the works and ran away & are at home now is it right for me to be deprived of a negroe 3 or 4 months when I have so few and my corn is Suffering fro the want of his Servises as a plow man when my welthy neighbors have all theirs at home because they ran away from the works soon after being taken there & many have never sent any at all now Conl all thes are facts and you will and you will do me a great favor by sending the negro home his name is Harvey & of black complection & large. I remain your most obedent

Respectfully forwarded for the information of Lt. Col. G.W. Logan

In regards to discharge of negroes