12 October 1863: “Unless we can get corn from some other county than this, I am afraid there will be great suffering among the poor of this vicinity.”

Item description:  Letter, 12 October 1863,  from Judge William H. Battle to his son, Richard Battle. The letter reveals his anxiety about provisions for the coming winter.  Food shortages caused the prices on crops to skyrocket in Orange County, North Carolina, while prices remained more stable in other regions of the state.  Judge Battle asks his son, who served as Governor Zebulon Vance’s private secretary, to request the aid of the governor for the residents of Orange County. He also discusses the death of another son, Wesley. 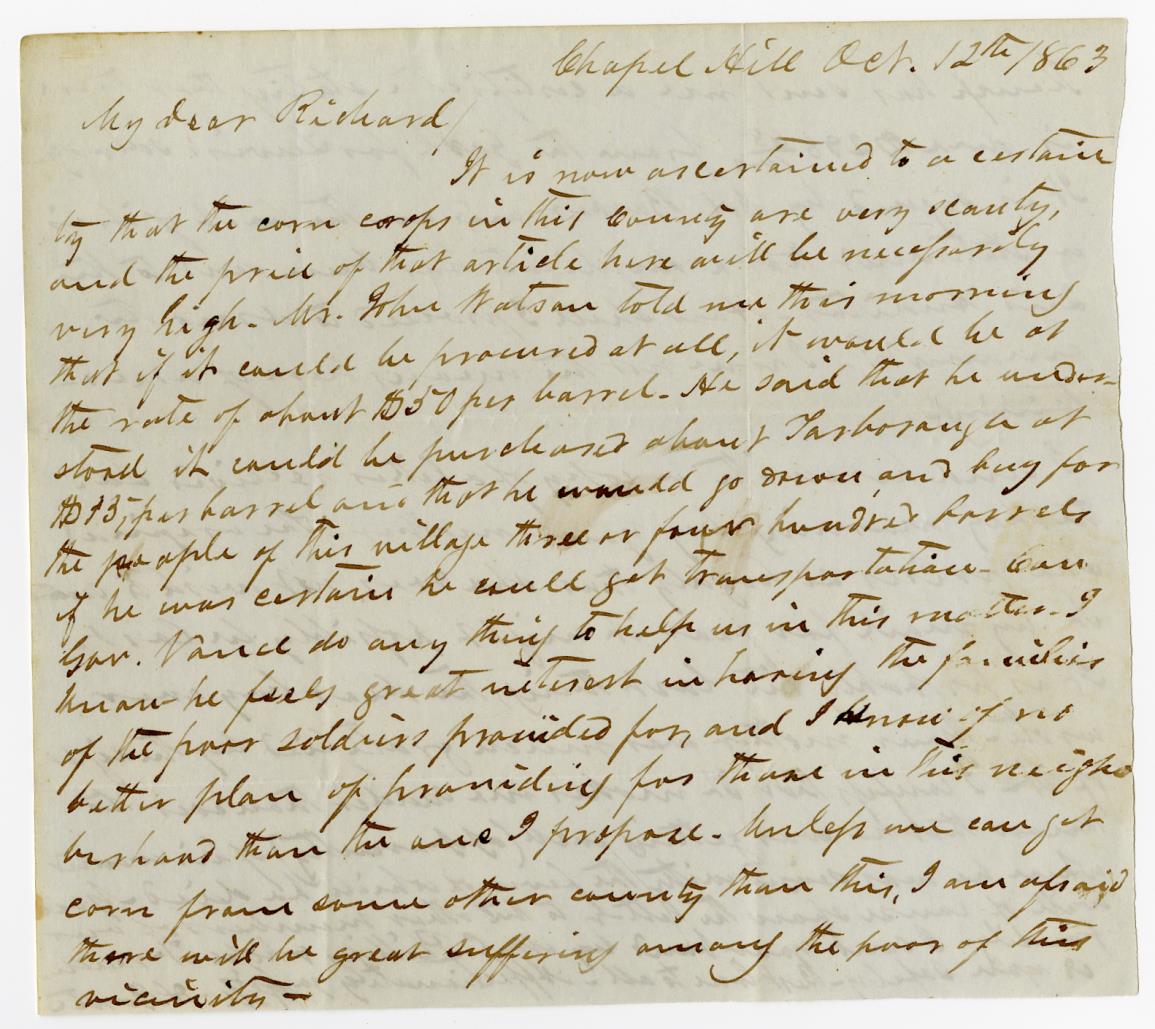 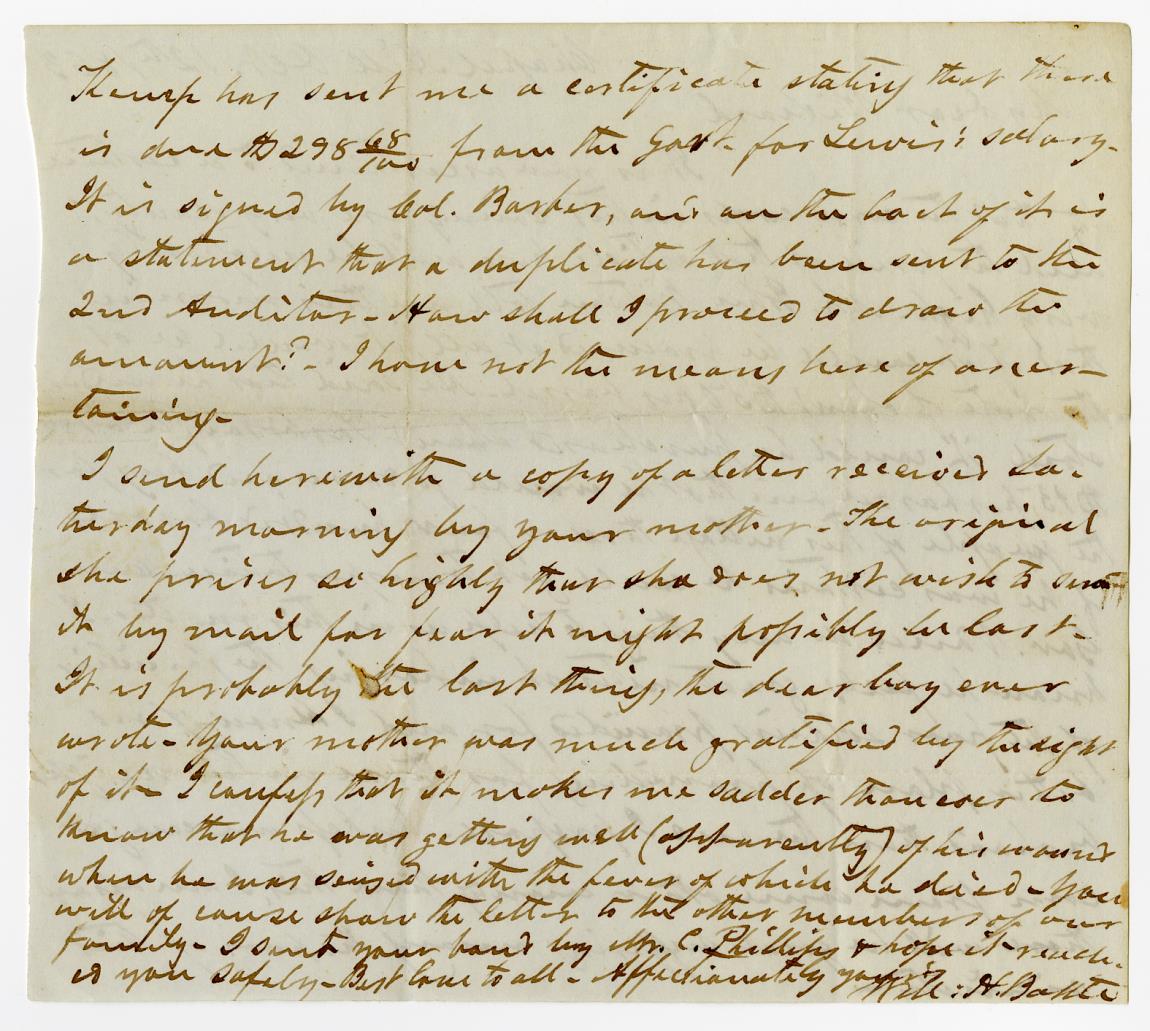 It is now ascertained to a certainty that the corn crops in this county are very scanty, and the price of of that article here will be necessarily very high. Mr. John Watson told me this morning that if it would be procured at all, it would be of the rate of about $30 per barrel. He said that he understood it could be purchased in Tarboro for $13 per barrel and that he would go over? and buy for the people of this village three or four hundred barrels and he was certain he will get transportation. Can Gov. Vance do any thing to help us in this matter I know he feels great interest in having the families of the poor soldiers provided for, and I know of no better plan of providing for them in this neighborhood than the ? I propose. Unless we can get corn from some other county than this, I am afraid there will be great suffering among the poor of this vicinity. Kemp has sent me a certificate stating that there is due $298 68/100 from the govt. for Lewis’s salary. It is signed by Col. Banker and an the back of it is a statement than a duplicate has been sent to the 2nd Auditors. How shall I proceed to draw the amounts? I have not the means here of ascertaining.

I send herewith a copy of a letter received Saturday morning by your mother. The original she prizes so highly that she does not wish to send it by mail for fear it might possibly be lost. It is probably the last thing, the dear boy ever wrote. Your mother was was much gratified by the sight of it. I confess that it made me sadder than ever to know that he was getting well (apparently) of his wounds when he was seized with the fever of which he died. You will of course share the letter to the other members of our family. I send your hand boy with Mr. C Phillips and hope I reach you safely.  Best love to all. Affectionately yours,

One Response to 12 October 1863: “Unless we can get corn from some other county than this, I am afraid there will be great suffering among the poor of this vicinity.”