17 October 1863: “I send you this list so that if any body inquires concerning their relatives in the Co you can let them know what has become of them.”

Posted on 17 Oct ’13 by Biff Hollingsworth

Item description: In this letter, 17 October 1863, James Augustus Graham, an officer in Company G (Orange Guards), 27th North Carolina Infantry Regiment, wrote home to his mother, reporting on the Battle of Bristoe. He briefly described the battle and listed the known casualties and the nature of their wounds, including his own. 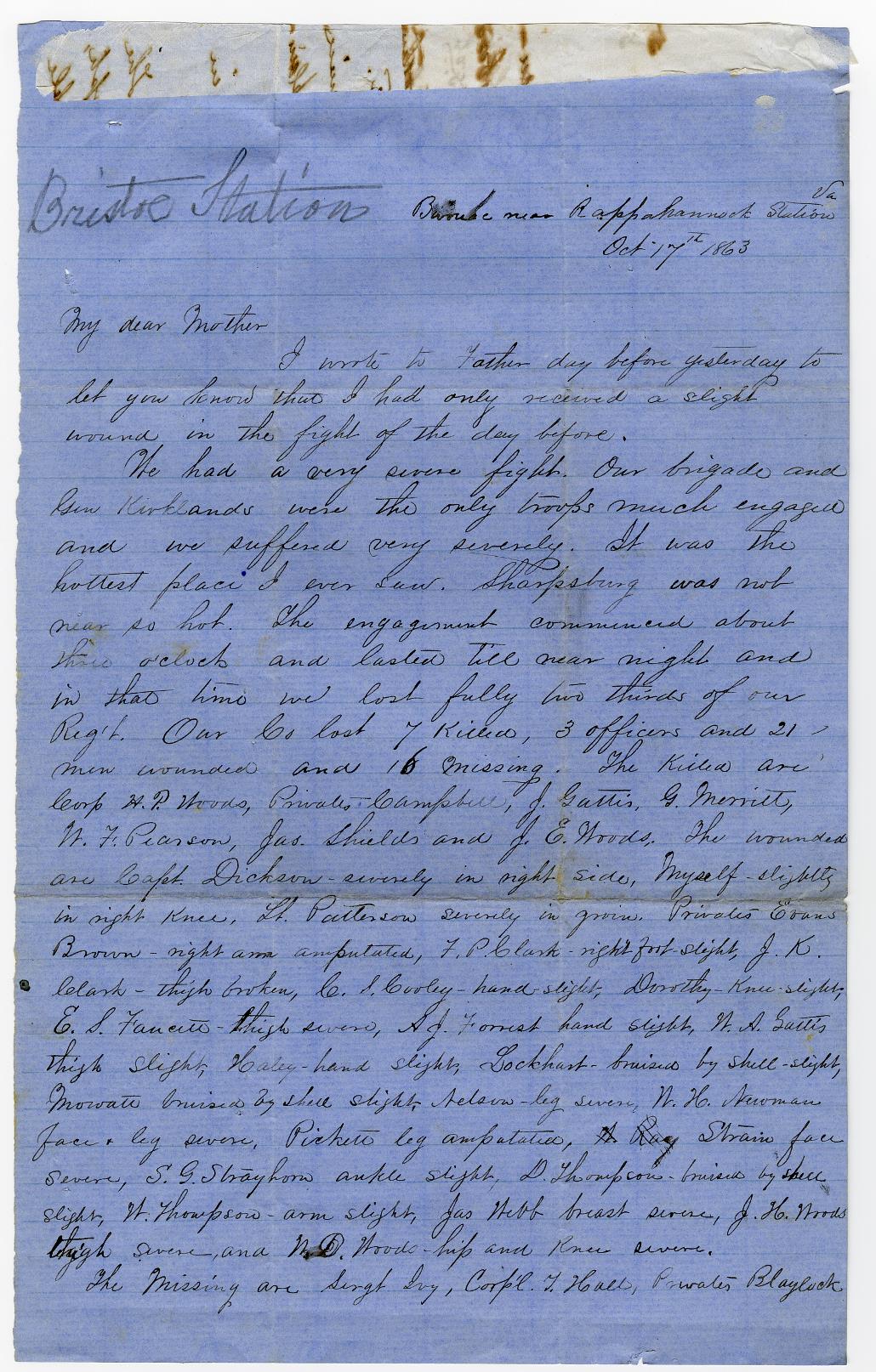 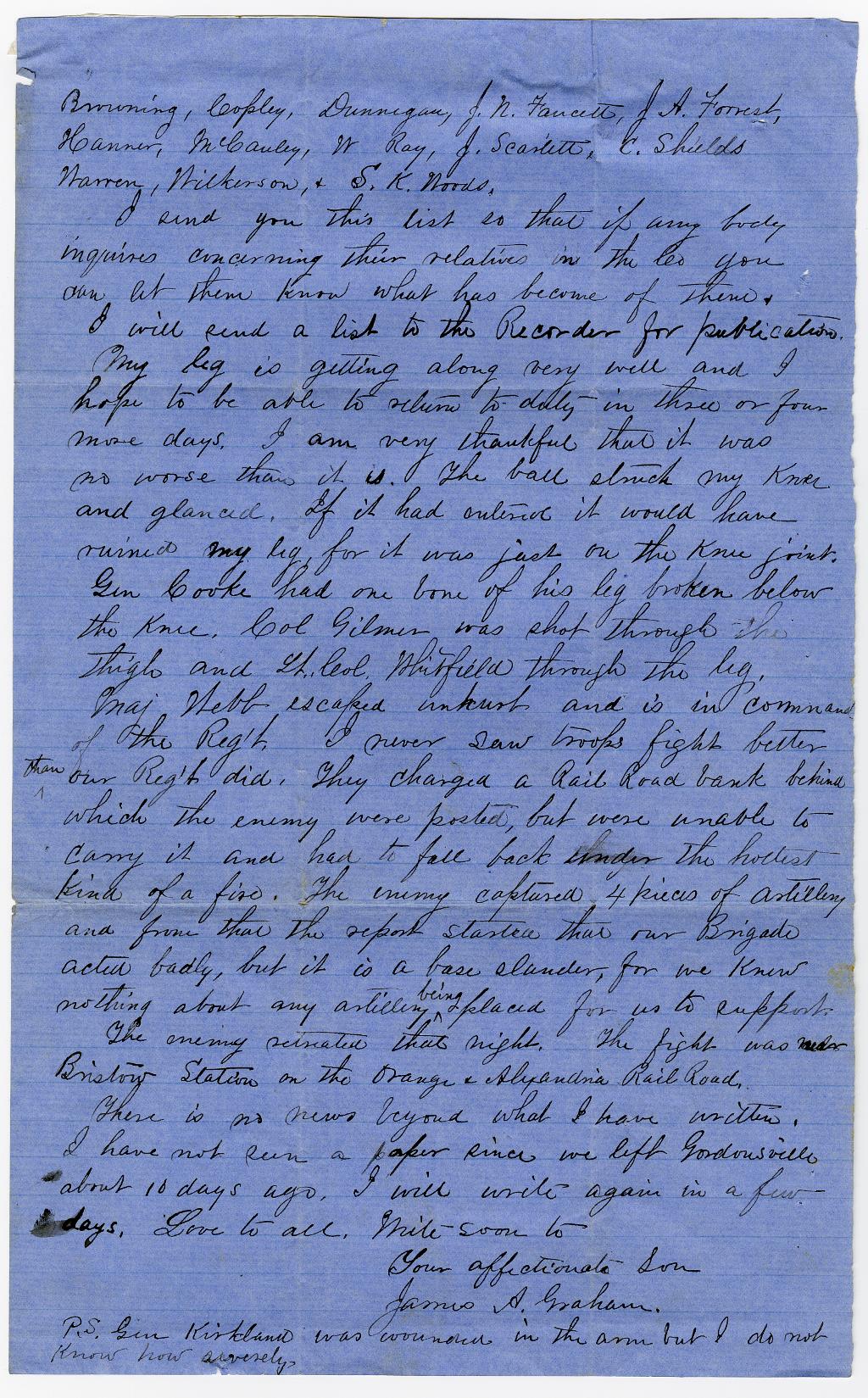 I wrote to Father day before yesterday to let you know that I had only received a slight wound in the fight of the day before.

I send you this list so that if any body inquires concerning their relatives in the Co you can let them know what has become of them. I will send a list to the Recorder for publication. My leg is getting along very well and I hope to be able to return to duty in three or four more days. I am very thankful that it was no worse than it is. The ball struck my knee and glanced. If it had entered it would have ruined my leg, for it was just on the knee joint. Gen Coke had one bone of his leg broken below the knee. Col. Gilmer was shot through the thigh and Lt. Col. Whitfield through the leg. Maj Webb escaped unhurt and is in command of the Reg’t. I never saw troops fight better than our Reg’t did. They charged a Rail Road bank behind which the enemy were posted, but were unable to carry it and had to fall back under the hottest kind of fire. The enemy captured 4 pieces of artillery and from that the report started that our Brigade acted badly, but it is a base slander, for we knew nothing about any artillery being placed for us to support.

The enemy retreated that night. The fight was near Bristow Station on the Orange & Alexandria Rail Road.

There is no news beyond what I have written. I have not seen a paper since we left Gordonsville about 10 days ago. I will write again in a few days. Love to all. Write soon to

Your affectionate Son
James A. Graham

P.S. Gen Kirkland was wounded in the arm but I do not know how severely.