Posted on 29 Sep ’14 by Rebecca Williams

Item Description: Letter dated 29 September 1864 written by Wat W. Barrow who was at Chimborazo Hospital in Richmond. He writes to Louisa Watkins, describing his injuries, expressing his worries about brother Orren, and giving news of Hairston Watkins at Point Lookout. 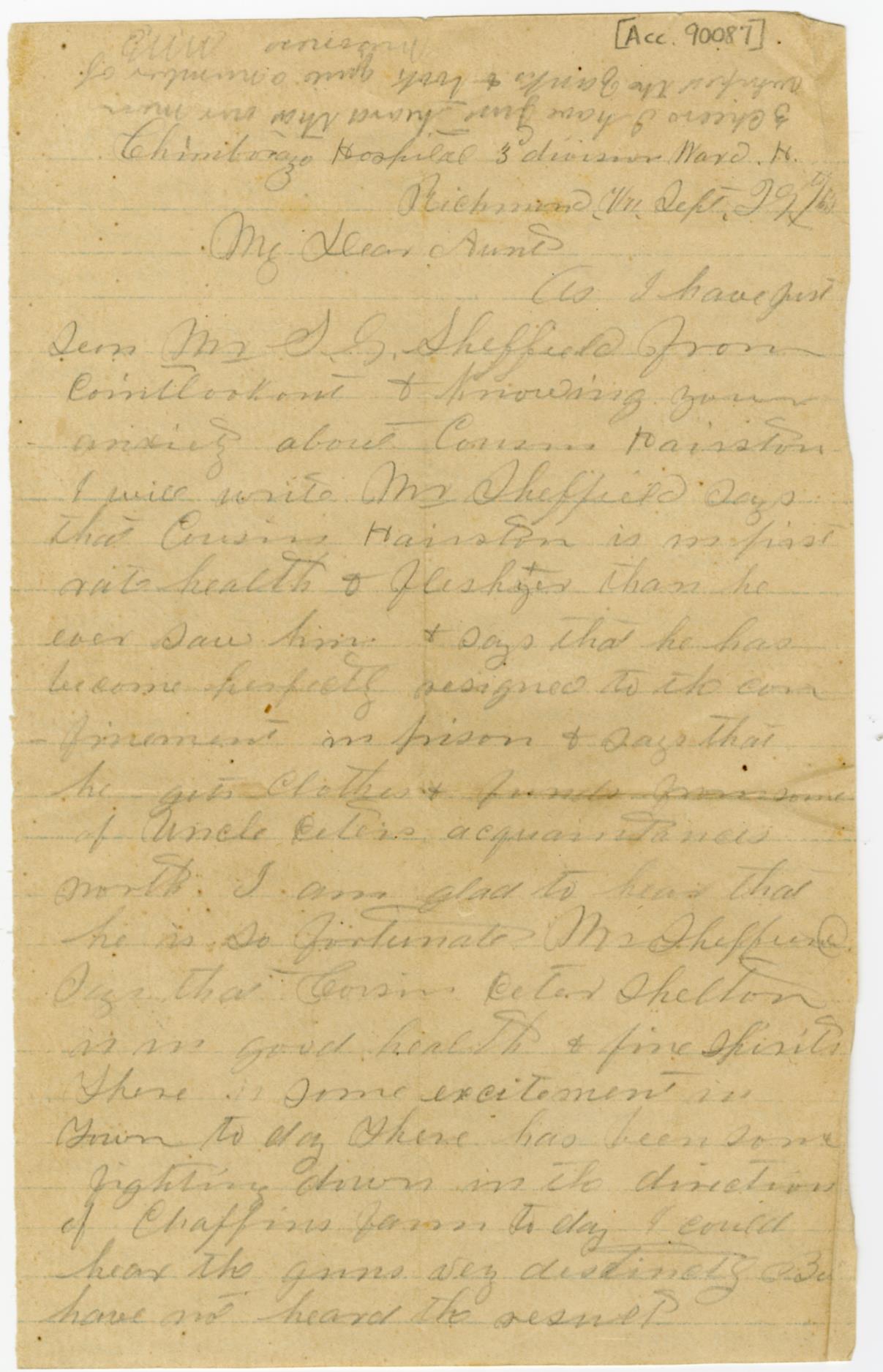 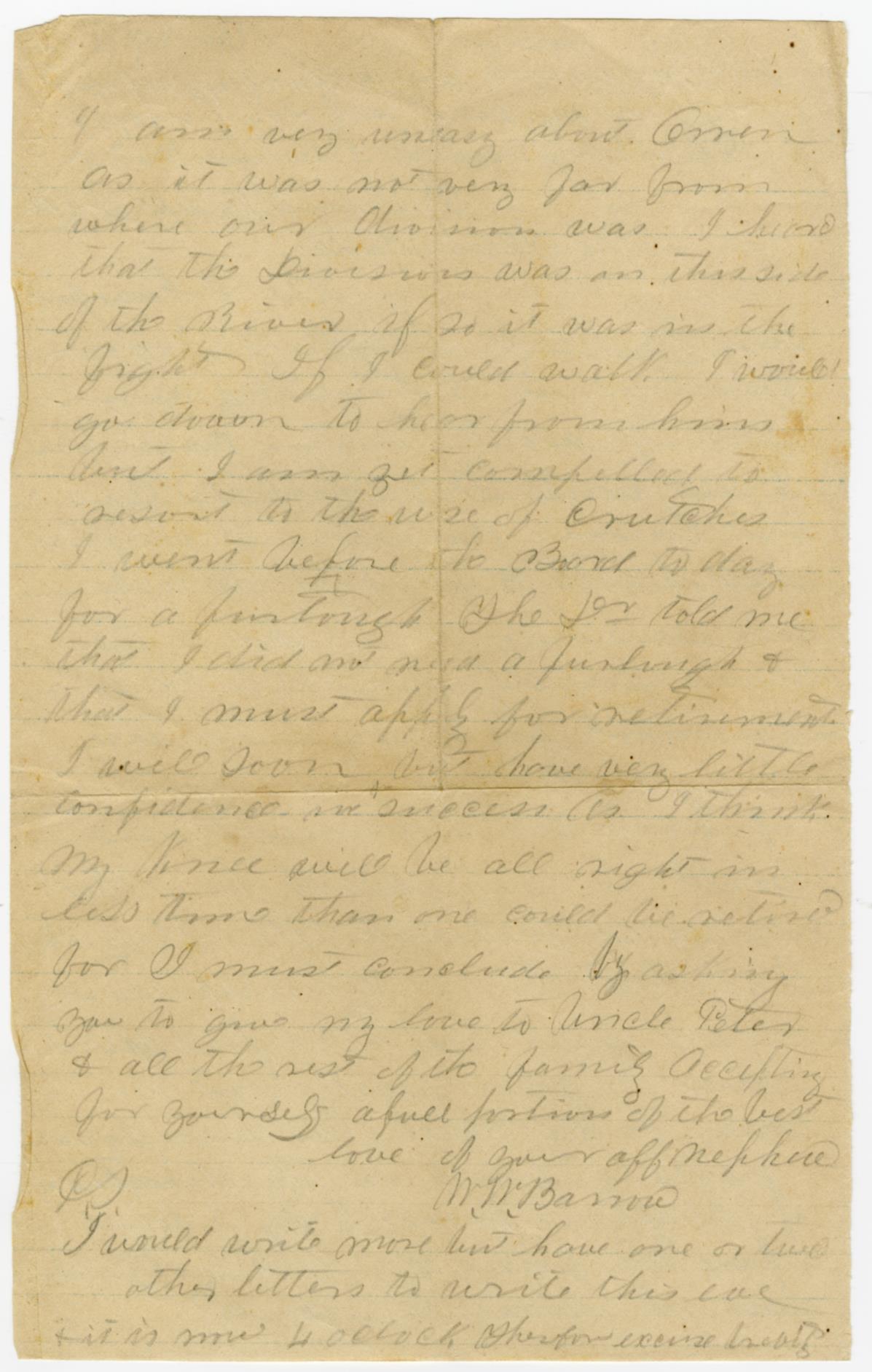 As I have just seen Mr. SS Sheffield from Pointlookout + knowing your anxiety about Cousin to Hairston. I will write. Mr. Sheffield says that Cousin Hairston is in first rate health + ? than he ever saw him + says that he has become himself resigned to the confinement in prison + says that he gets clothes + funds from some of Uncle Peter’s acquaintances north . I am glad to hear that he is so fortunate. Mr Sheffield says that Cousin Peter Shelton is in good health + fine spirits. There is some excitement in town today. There has been some fighting down in the direction of Chaffin’s farm today. I could hear the guns very distinctly But have not heard the result.

I am very uneasy about ? as it was not very far from where our division was. I heard that this division was on this side of the River if so it was in the fight. If I could walk I would go down to hear from him Aunt. I am yet compelled to resort to the use of crutches. I went before the Board today for a furlough. The Dr told me that I did not need a furlough + that I must apply for retirement. I will soon but have very little confidence in success as I think my knee will be all right in less time than one could be retired for I must conclude by asking you to give my love to Uncle Peter + all the rest of it to James ? for ? afuel portions of the best love of your off nephew

P.S. I would write more but have one or two other letters to write this eve + it is near 4 oclock . Therefore excuse ?

[at the first top of the page upside down]

3 cheers I have just heard that our men whipped the Yanks & took quite a number of prisoners. WWB