Posted on 8 Mar ’15 by Rebecca Williams

Item Description: Letter dated 8 March 1865 to Edmund Walter Jones from his son, also named Edmund. Edmund Jr., also called “Coot” was serving briefly in the 3rd North Carolina Cavalry. Before the serving, he studied at Bingham Academy. After the war, he would go on to study at the University of North Carolina and the University of Virginia. In later years, he farmed at Clover Hill, practiced law in Lenoir, and served in the N.C. legislature. In this letter, he tells his father about the camp conditions. 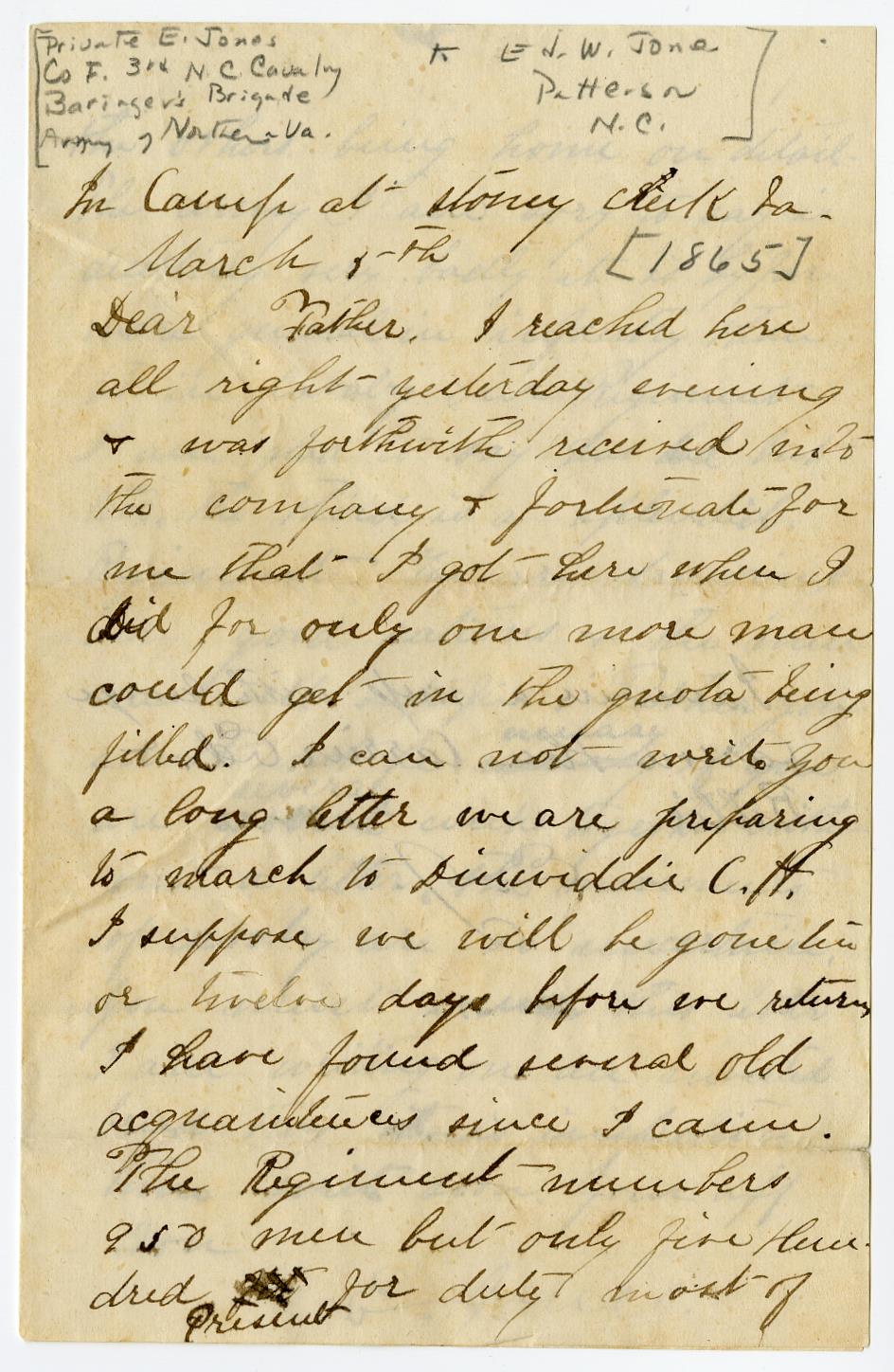 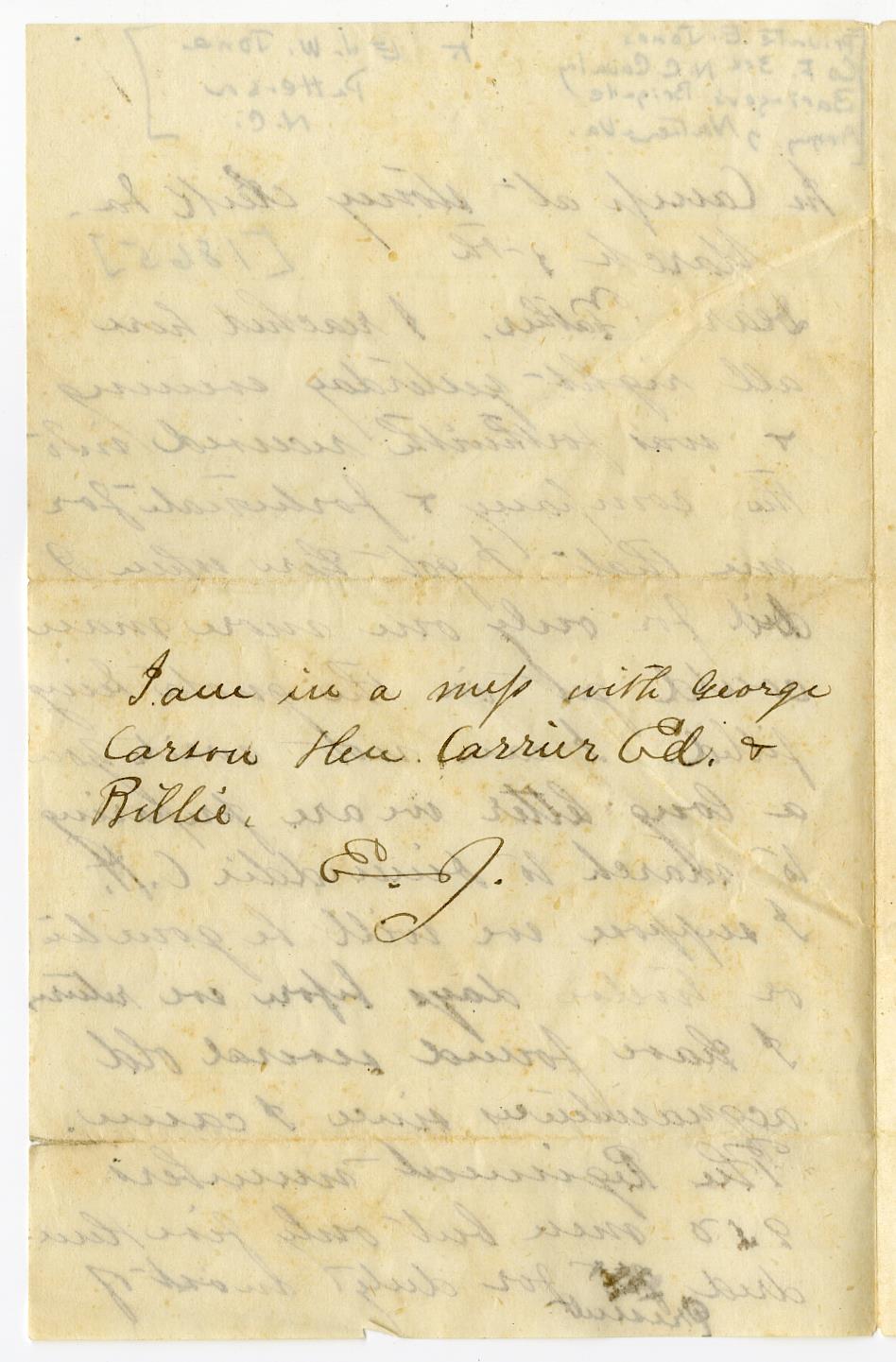 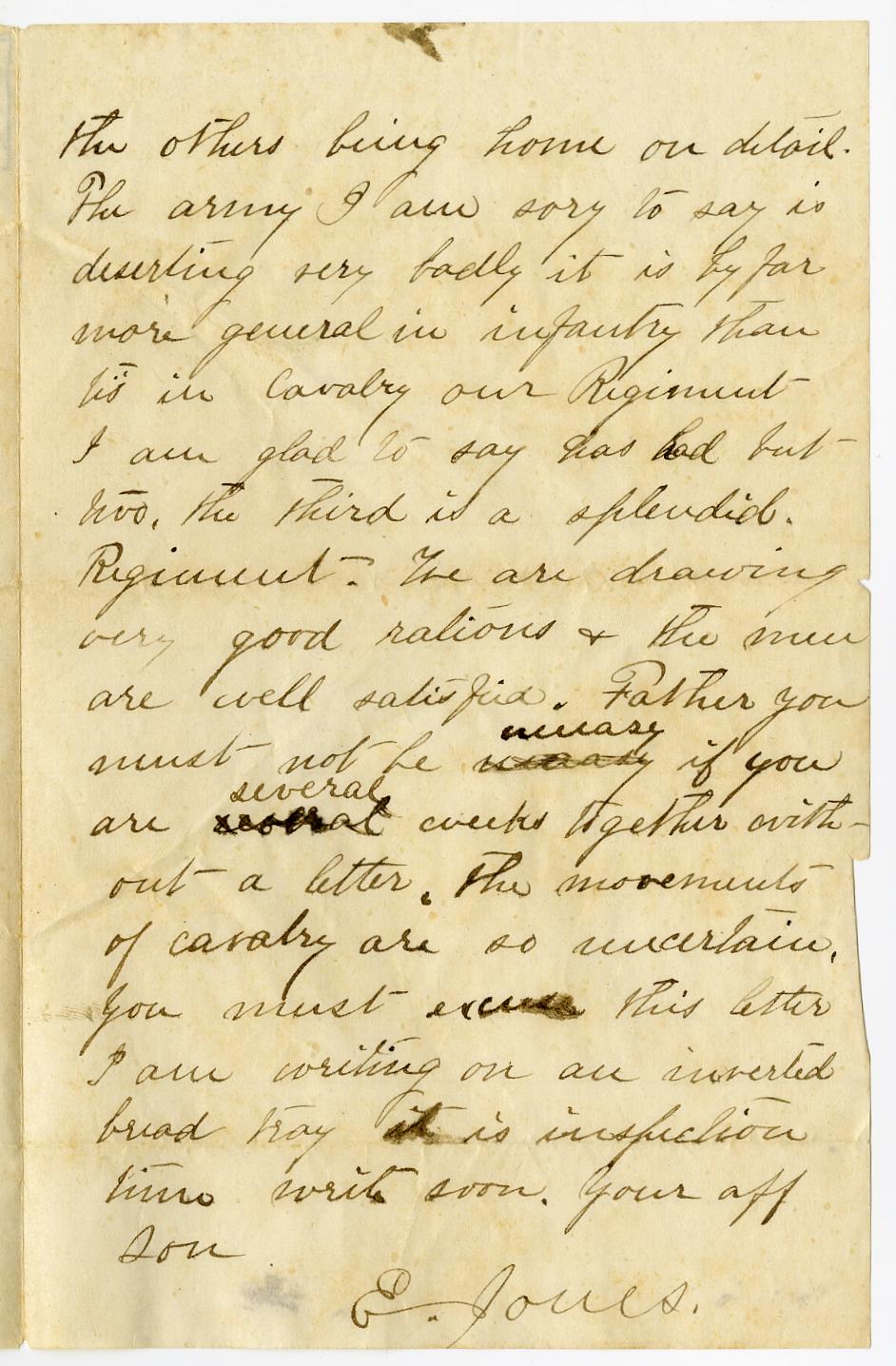 I reached here all right yesterday evening & was forthwith received into the company & fortunate for me that I got here when I did for only one more man could get in the quota being filled. I can not write you a long letter as we are preparing to march to Dwinddie C.H. I suppose we will be gone ten of twelve days before we return. I have found several old acquaintances since I came. The Regiment numbers 950 men but only five hundred present for duty (most others being at home on detail). The Army I am sorry to say is deserting very badly. It is by far more general in infantry than in cavalry. Our Regiment, I am glad to say, has had but two. The third is a splendid regiment. We are drawing very good rations & the men are well satisfied. Father you must not be uneasy if you are several weeks together without a letter. The movements of cavalry are so uncertain. You must excuse this letter I am writing on an inverted bread hay. It is inspection time. Write soon.