28 January 1862: “for while my pen moves over the paper my blood rushes in my veins. for roar roar roar so[u]nds on my ear and makes the very ground quiver and tremble where I sit.”

Posted on 28 Jan ’12 by Biff Hollingsworth

Item description: Letter, 28 January 1862, from Emmett Cole, a Union soldier in Company F, 8th Michigan Infantry Regiment, at Beaufort, S.C., to his friend Jo in Michigan. Cole’s letter comments on the noise of artillery firing; rumors of England declaring war on the Union; General Isaac Stevens’ appearance, demeanor, and leadership; soldiers returning home for cause of homesickness; the end of the small pox epidemic that had been so deadly at Hilton Head; and news of home. 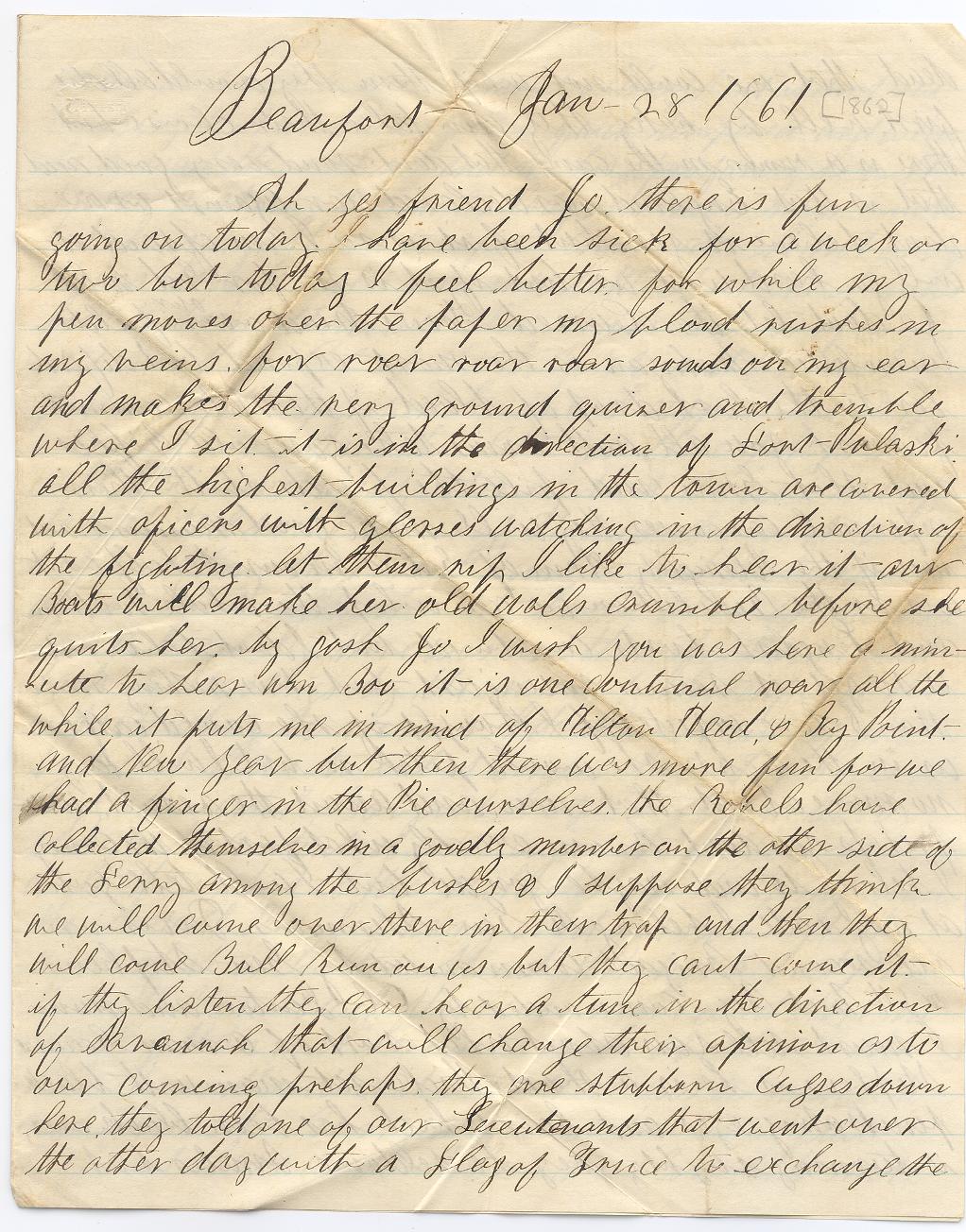 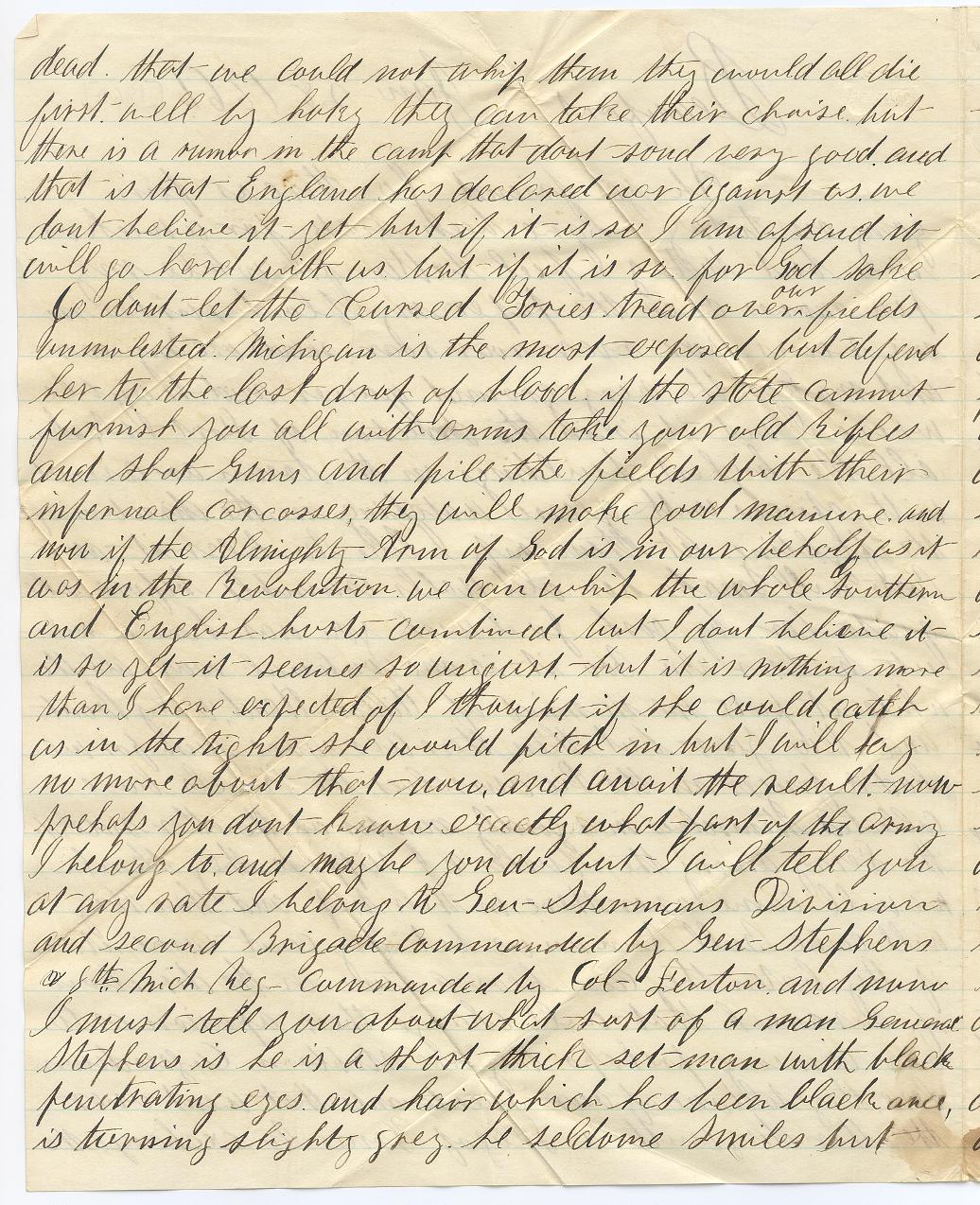 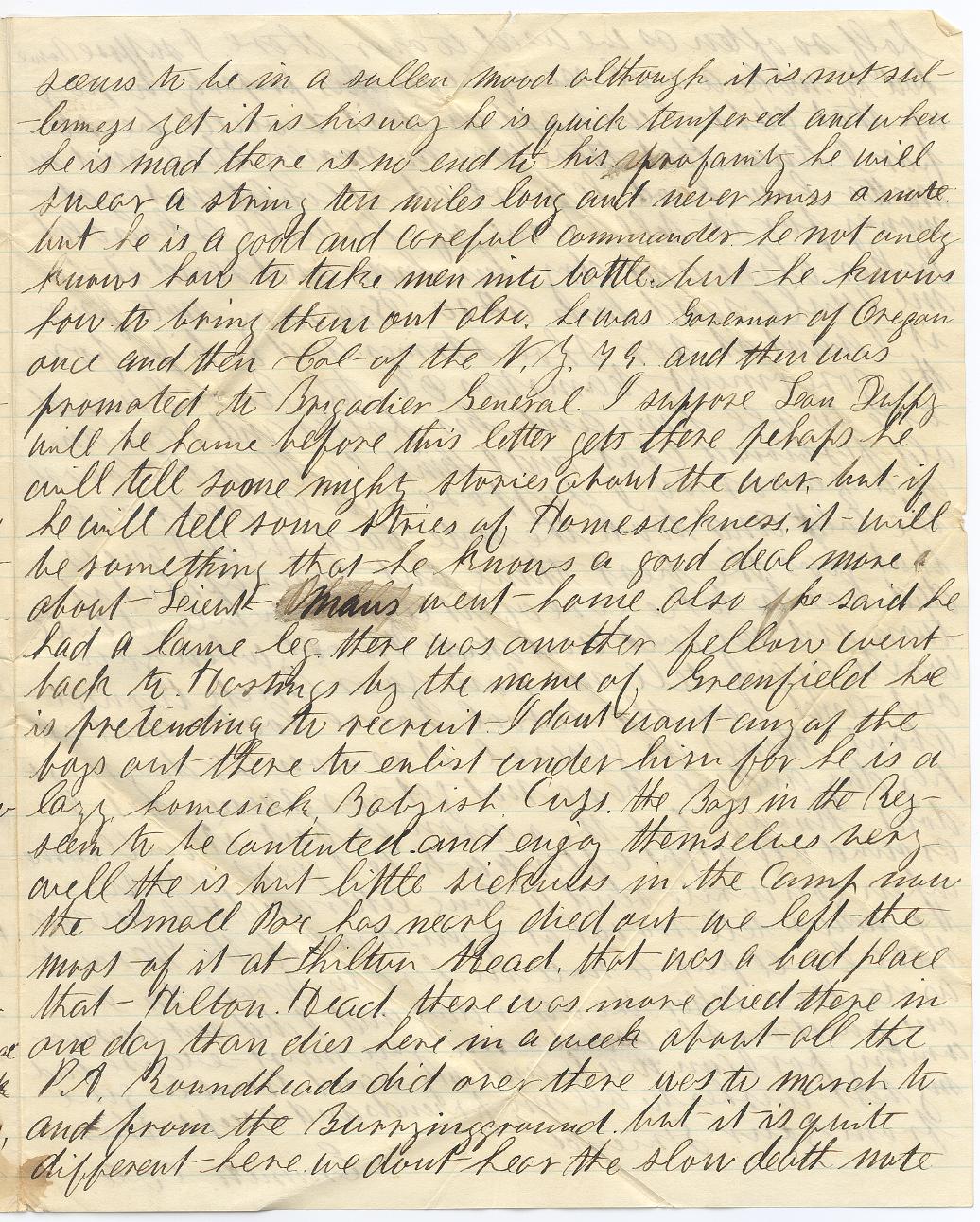 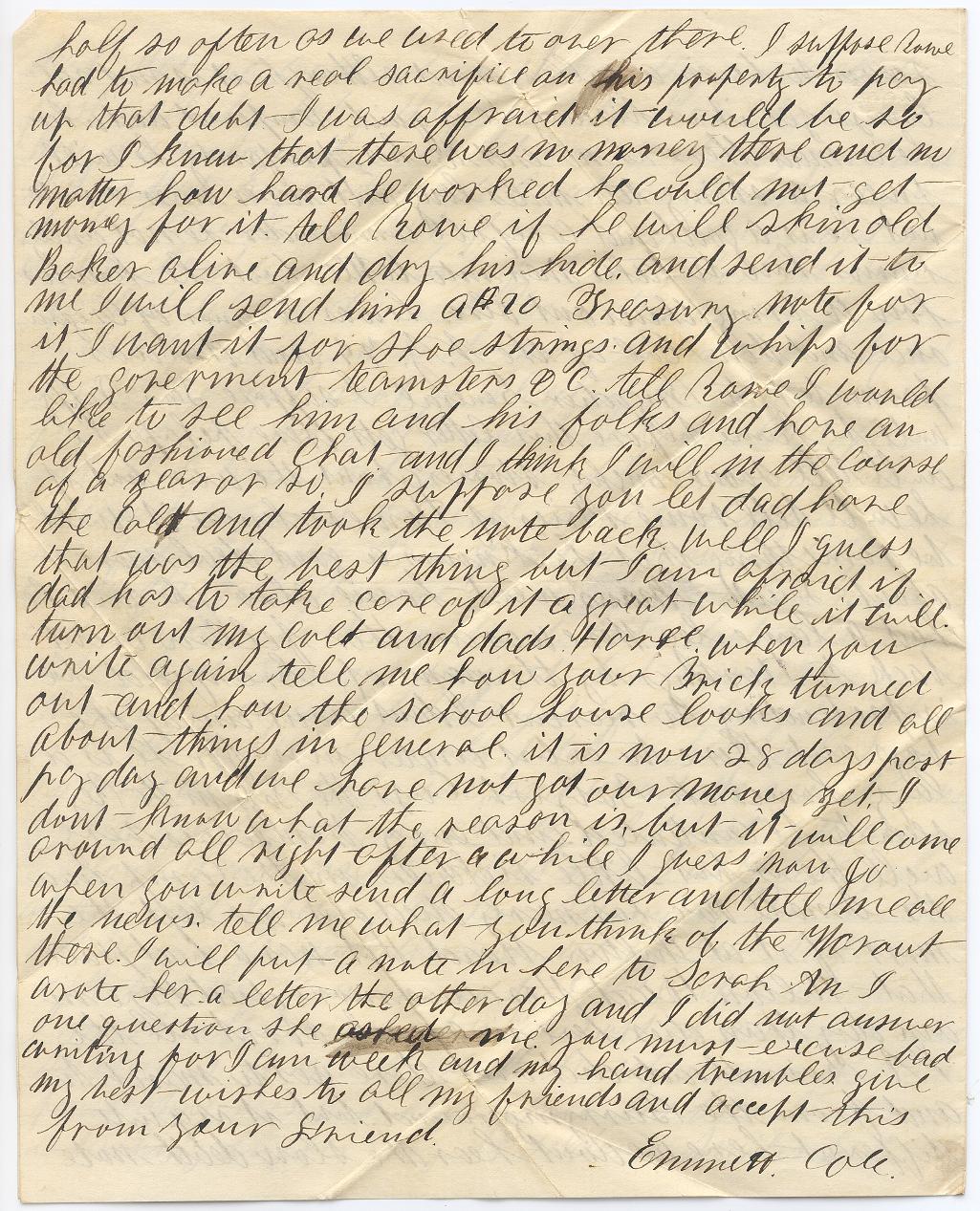