Item description: This entry is from the diary of Henry K. White, who mustered into the 23rd Massachusetts Volunteers on 21 September 1861, and played the fife in the regimental band. In February 1862, he shipped out with his unit for the North Carolina coast and participated in the seizure of Roanoke Island by Union troops on 8 February 1862. For the next several months, White and his unit were camped in and around New Bern, N.C., but saw little action. At the beginning of 1864, White and his unit moved north to participate in the Spotsylvania campaign. 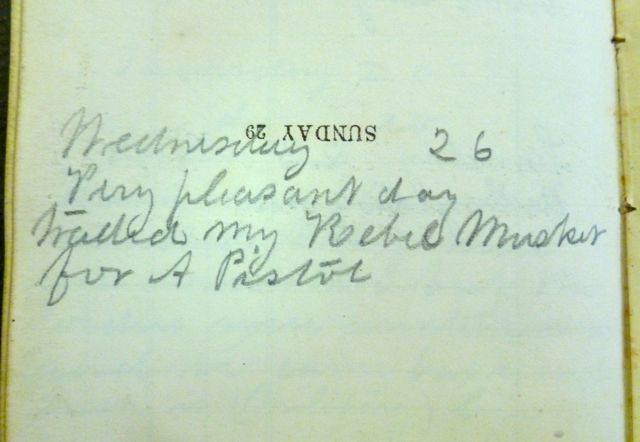 This entry was posted in Southern Historical Collection and tagged Henry K. White. Bookmark the permalink.