Posted on 27 Feb ’12 by Biff Hollingsworth

Item description: News briefs of 27 February 1862 from various Northern newspapers, as reprinted on 5 March 1862 in the State Journal (Raleigh, N.C.). 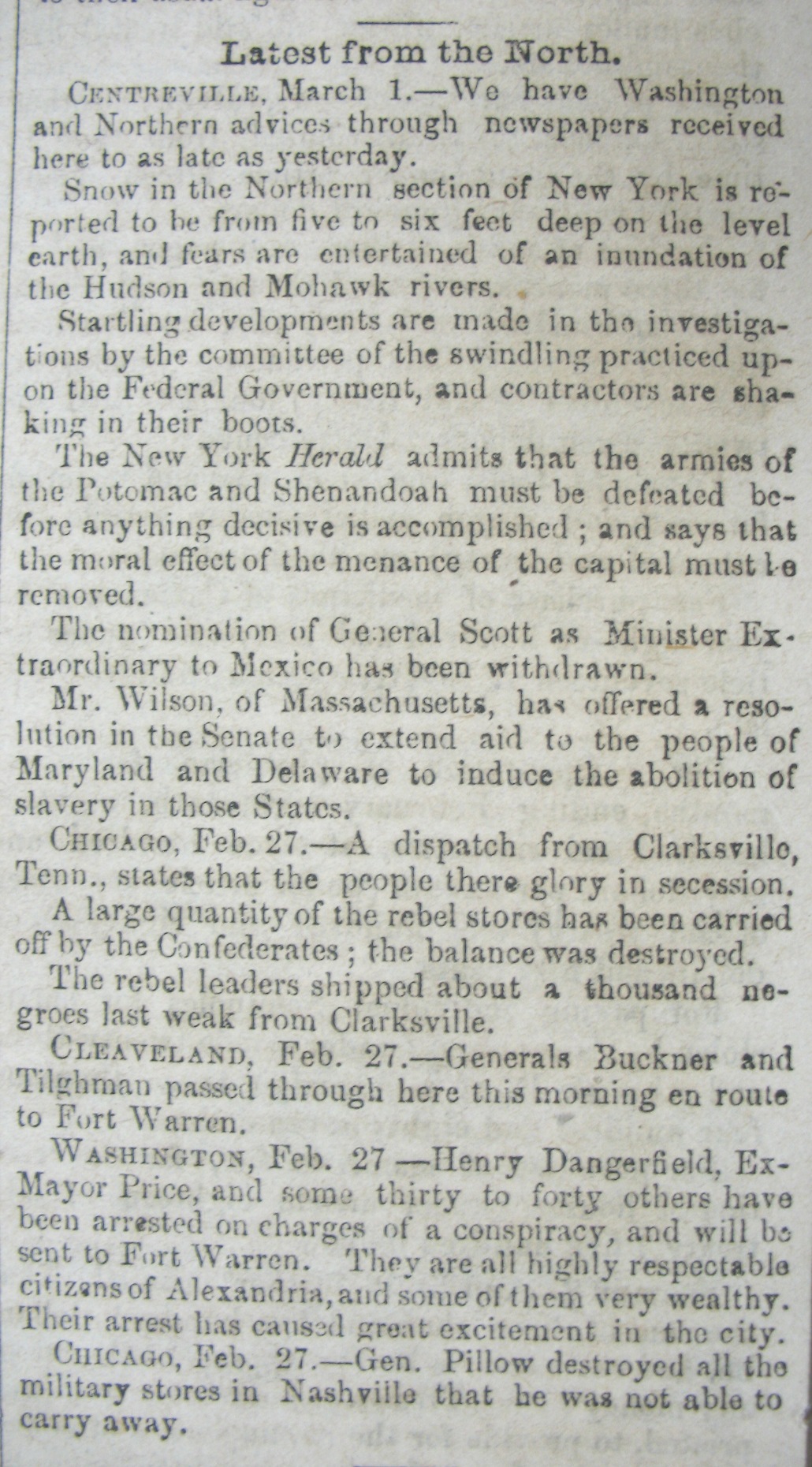 Latest from the North.

CENTREVILLE, March 1. — We have Washington and Northern advices through newspapers received here to as late as yesterday.

Snow in the Northern section of New York is reported to be from five to six feet deep on the level earth and fears are entertained of an inundation of the Hudson and Mohawk rivers.

Startling developments are made in the investigations by the committee of the swindling practiced on the Federal Government, and contractors are shaking in their boots.

The New York Herald admits that the armies of the Potomac and Shenandoah must be defeated before anything decisive is accomplished; and says that the moral effect of the menace of the capital must be removed.

The nomination of General Scott as Minister Extraordinary to Mexico has been withdrawn.

Mr. Wilson, of Massachusetts, has offered a resolution in the Senate to extend aid to the people of Maryland and Delaware to induce the abolition of slavery in those States.

CHICAGO, Feb. 27. — A dispatch from Clarksville, Tenn., states that the people there glory in secession.

A large quantity of the rebel stores has been carried off by the Confederates; the balance was destroyed.

The rebel leaders shipped about a thousand negroes last weak from Clarksville.

WASHINGTON, Feb. 27 — Henry Dangerfield, Ex-Mayor Price, and some thirty to forty others have been arrested on charges of a conspiracy, and will be sent to Fort Warren. They are all highly respectable citizens of Alexandria, and some of them very wealthy. Their arrest has caused great excitement in the city.

CHICAGO, Feb. 27. — Gen. Pillow destroyed all the military stores in Nashville that he was not able to carry away.