23 March 1862: Hand drawn map of the First Battle of Kernstown

Posted on 23 Mar ’12 by Biff Hollingsworth

Jed Hotchkiss became known as an accomplished topographic engineer and cartographer and is seen by many Civil War historians as a key figure in Jackson’s Valley Campaign. A collection of Hotchkiss maps are preserved at the Library of Congress’s Geography and Map Division. 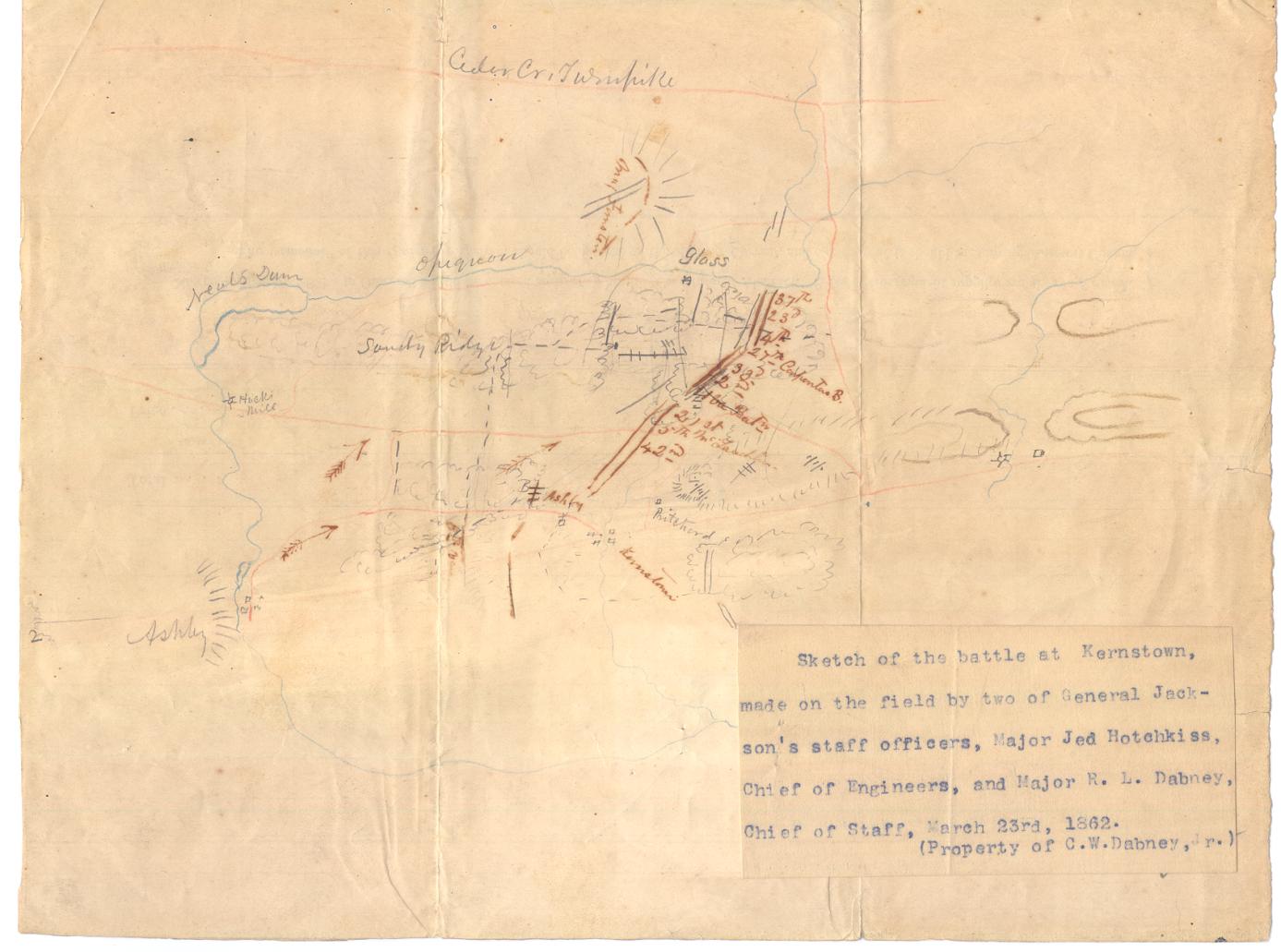