Posted on 15 Apr ’12 by Biff Hollingsworth

Item description: Letter, dated 15 April 1862, from William Henry Trescot to William Porcher Miles. In the letter, Trescot expresses his concerns over the defense of Charleston Harbor.

William H. Trescot was a diplomat, legislator, and military officer born in Charleston, S.C. in 1822. During the Civil War, Trescot was a member of the state legislature and served as colonel on the staff of General Roswell S. Ripley, who was in charge of the coastal defenses around Charleston from December 1861 until May 1862.

The letter seems to indicate that there was a dispute between Ripley and his commanding officer, Major General John C. Pemberton, about the appropriate layout of the city’s coastal defenses. 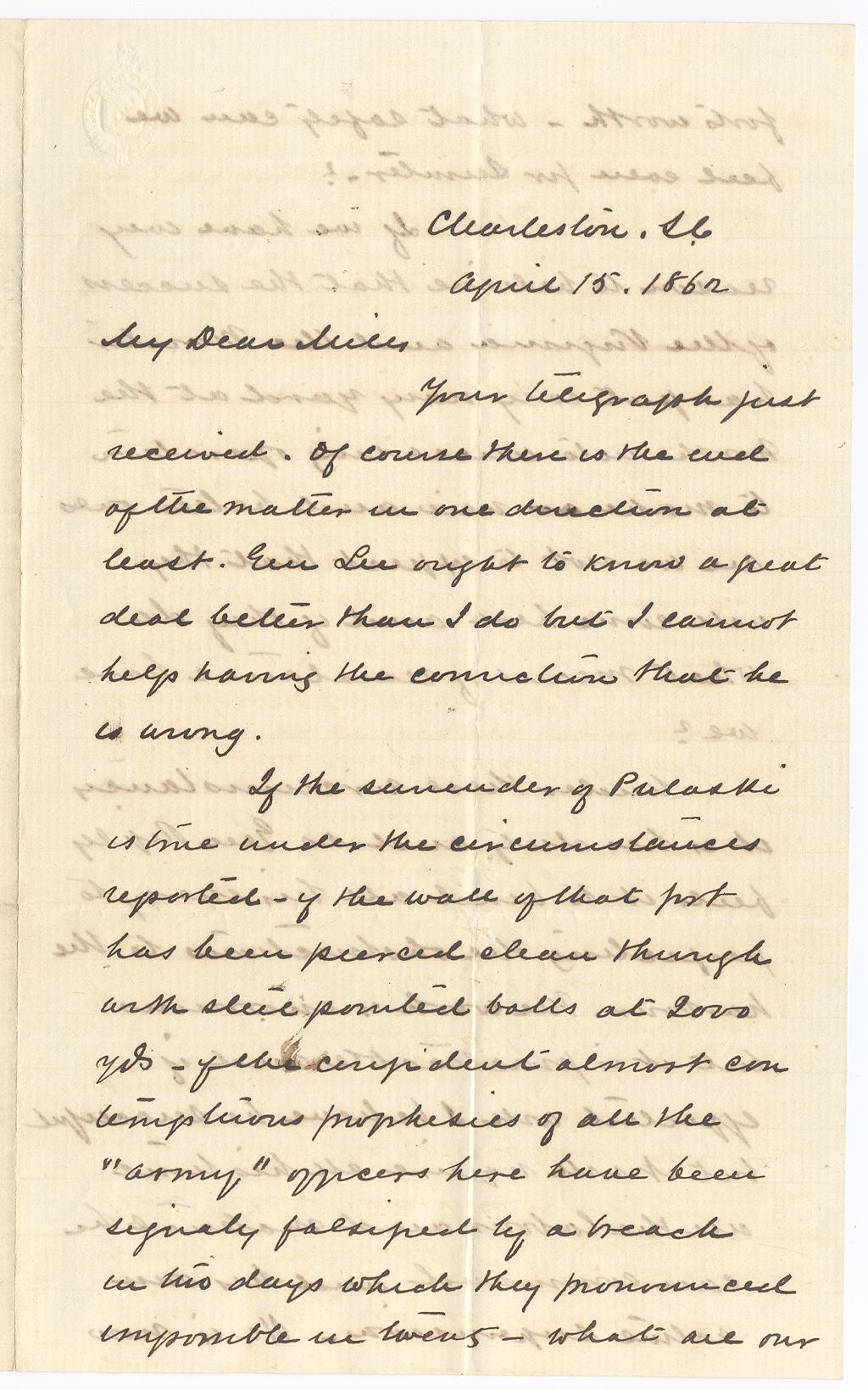 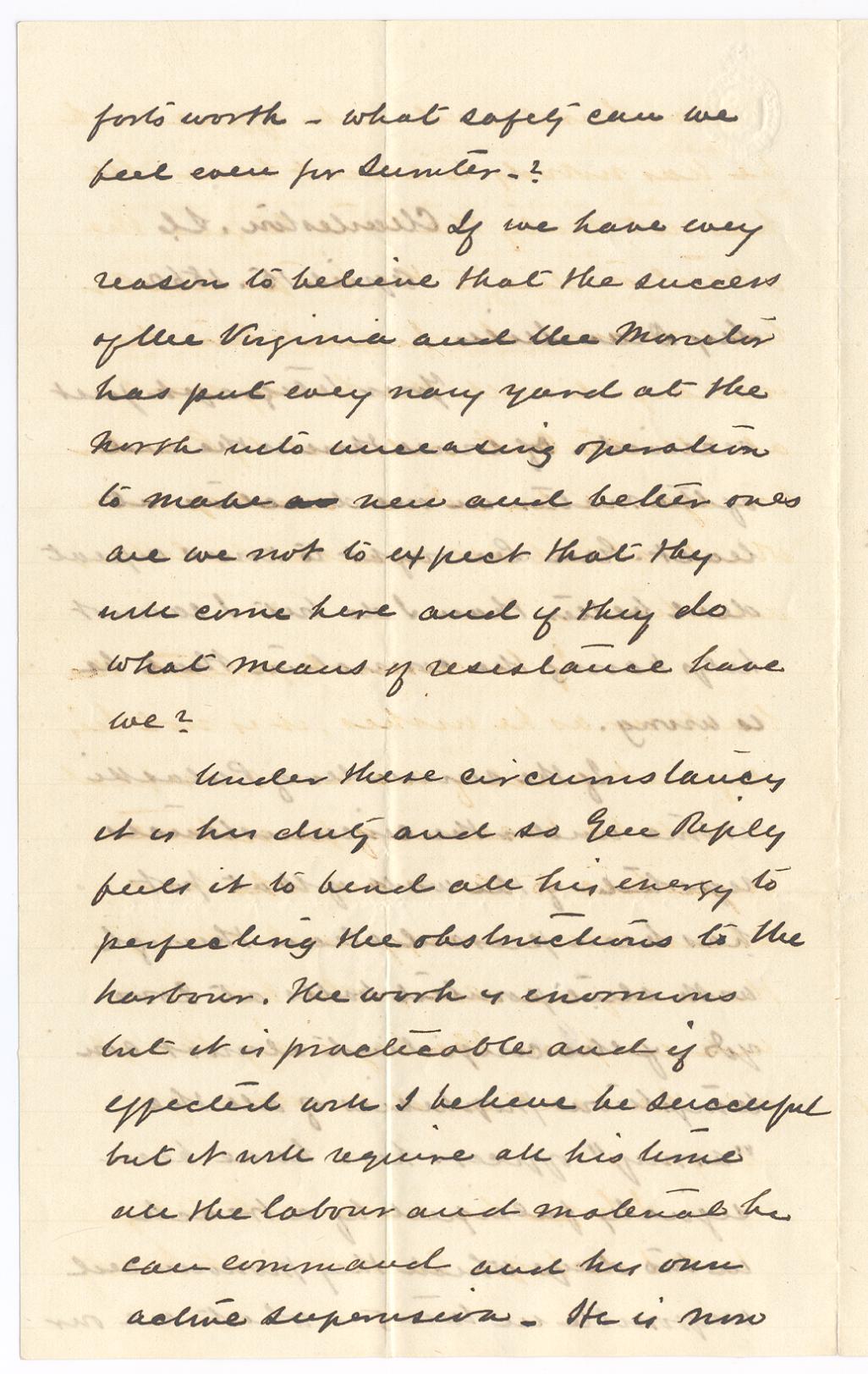 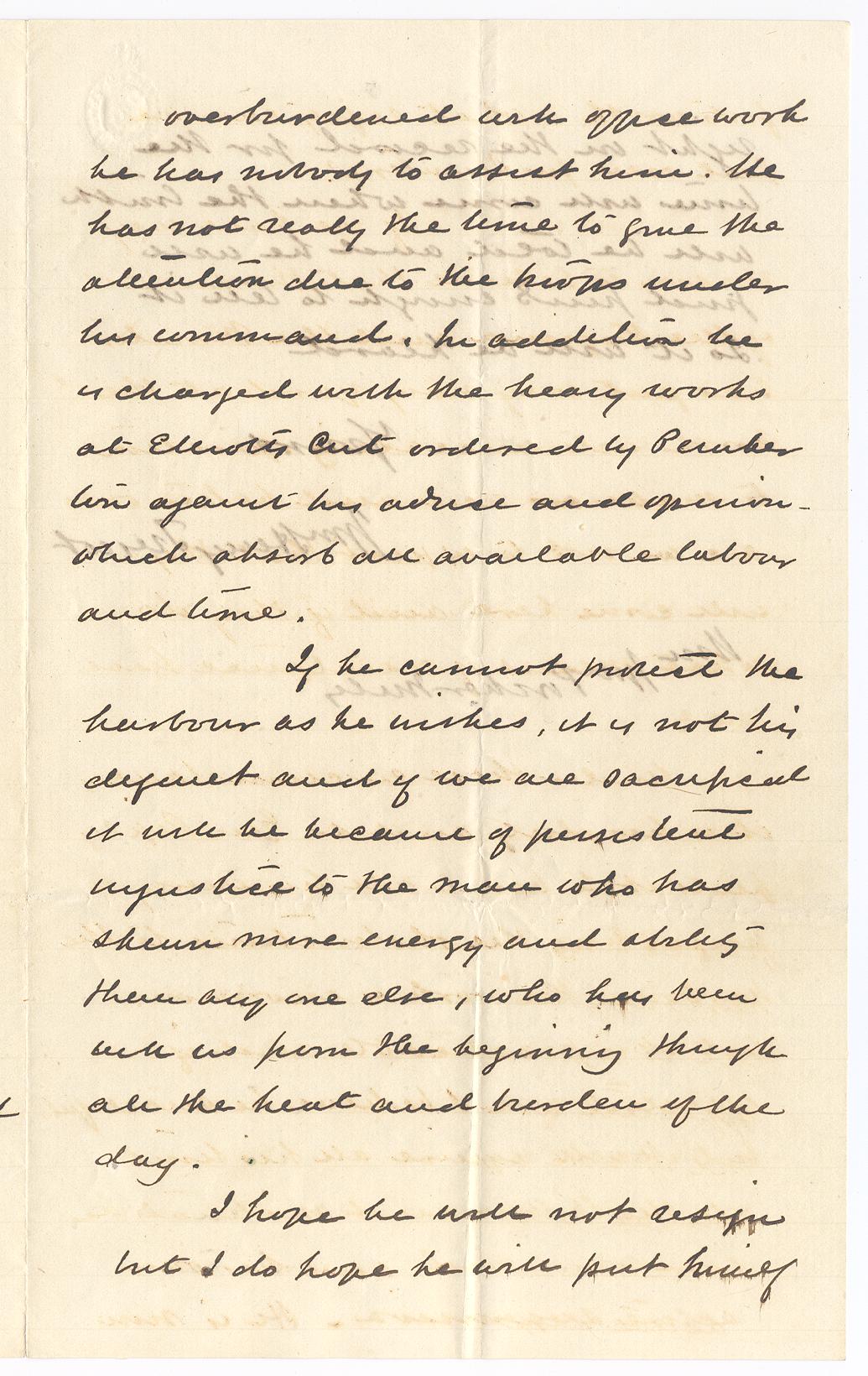 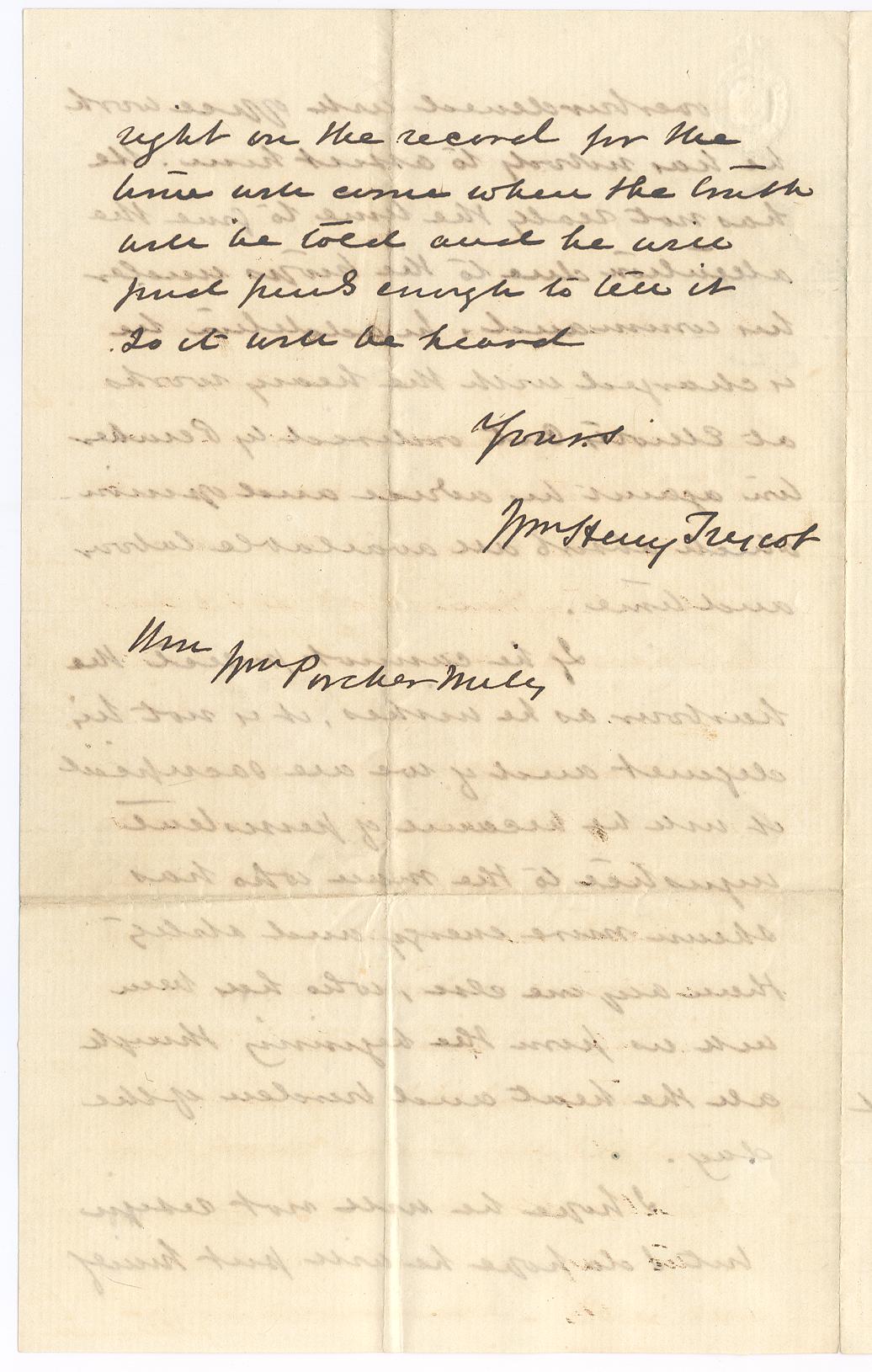 Your telegraph just received. of course there is the [] of the matter in one direction at least. Gen. Lee ought to know a great deal better than I do but I cannot help having the conviction that he is wrong.

If the surrender of Pulaski is true under the circumstances reported, if the wall of that fort has been pierced clean through with steel pointed balls at 2000 yds, [] almost contemptuous prophesies of all the “army” officers here have been [] falsified by a breach in two days which they pronounced impossible in twenty. What are our forts worth – what safety can we feel even for Sumter?

If we have every reason to believe that the success of the Virginia and the Monitor has put every navy yard at the North into uneasing operation to make new and better ones are we not to expect that thy will come here and if they do what means of resistance have we?

Under these circumstances it is his duty and so Gen. Ripley feels it to bend all his energy to perfecting the obstructions to the harbour. The work is enormous but it is practicable and if effected will I believe be successful but it will require all his time all the labour and material he can command and his own active supervision. He is now overburdened with office work he has nobody to assist him. He has not really the time to give the attention due to the troops under his command. [] is charged with the heavy works at Elliotts Cut ordered by Pemberton against his advise and opinion which absorb all available labour and time.

If he cannot protect the harbour as he wishes, it is not his [] and if we are sacrificed it will be because of persistent injustice to the man who has shown more energy and ability than any one else, who has been with us from the beginning through all the heat and [] of the day.

I hope he will not resign but I do hope he will put himself right on the record for the time will come when the truth will be told and he will [] enough to tell it so it will be heard.