16 June 1862: “By landing above us they can have no difficulty in cutting us off. Of course this Should not be mentioned by you living where you do.”

Francis Wilder Bird enlisted in the Confederate Army on 1 May 1861 in Bertie County, N.C., as a Second Lieutenant. He was commissioned into the 1st Infantry Regiment (North Carolina). This regiment, also known as the “Bethel Regiment,” was organized in Raleigh in May 1861. They fought at the Battle of Big Bethel, then served in the Army of the Peninsula near Yorktown. On 12 November 1861, the unit disbanded and returned to North Carolina. Many of the men transferred to the 11th North Carolina Regiment. Bird was commissioned into the the C Company of the 11th Infantry on 22 February 1862, and by April 1864 had been promoted to Lieutenant Colonel. He was wounded on 25 August 1864 at Reams Station, Va., and died of his wounds on 26 August. 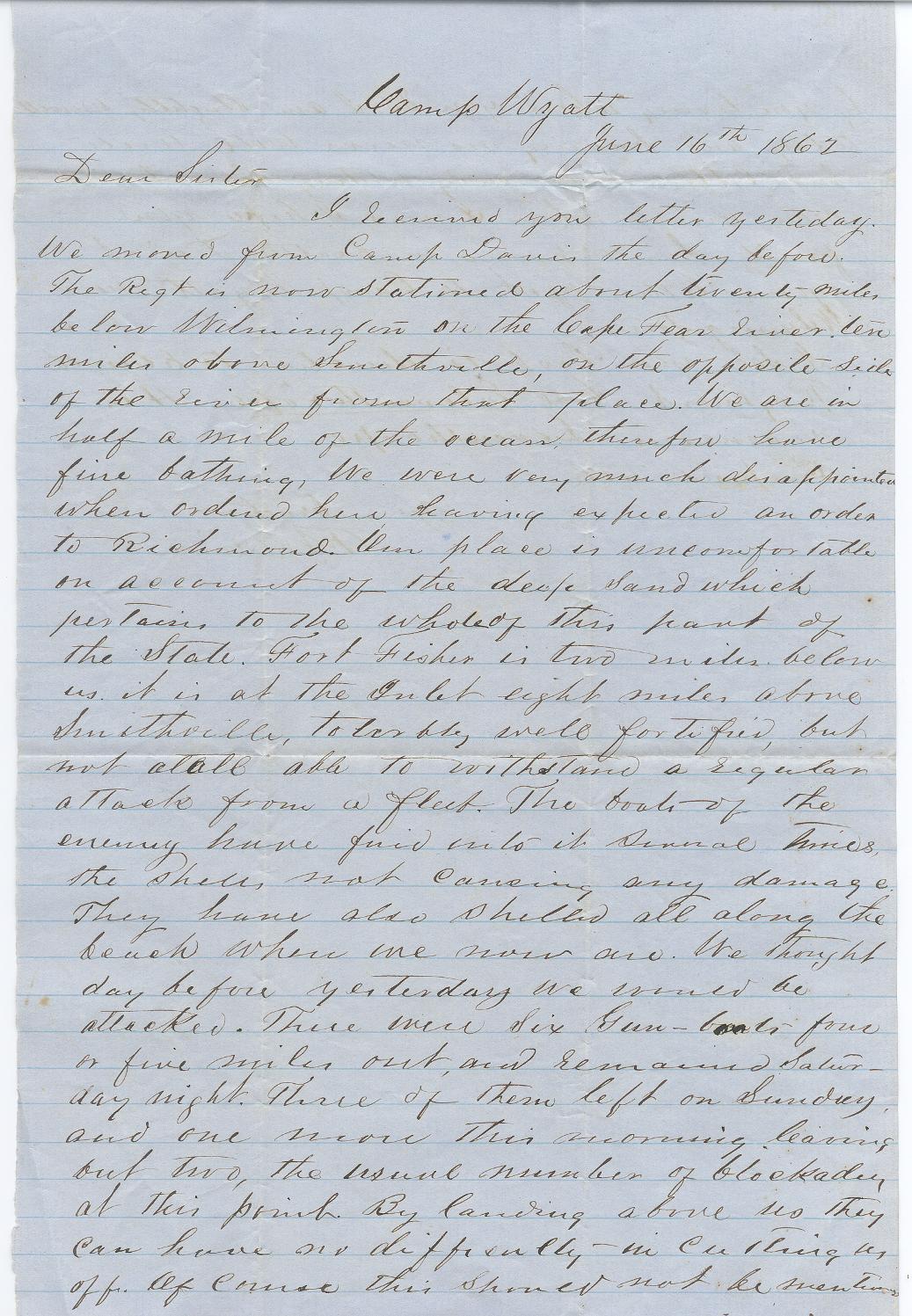 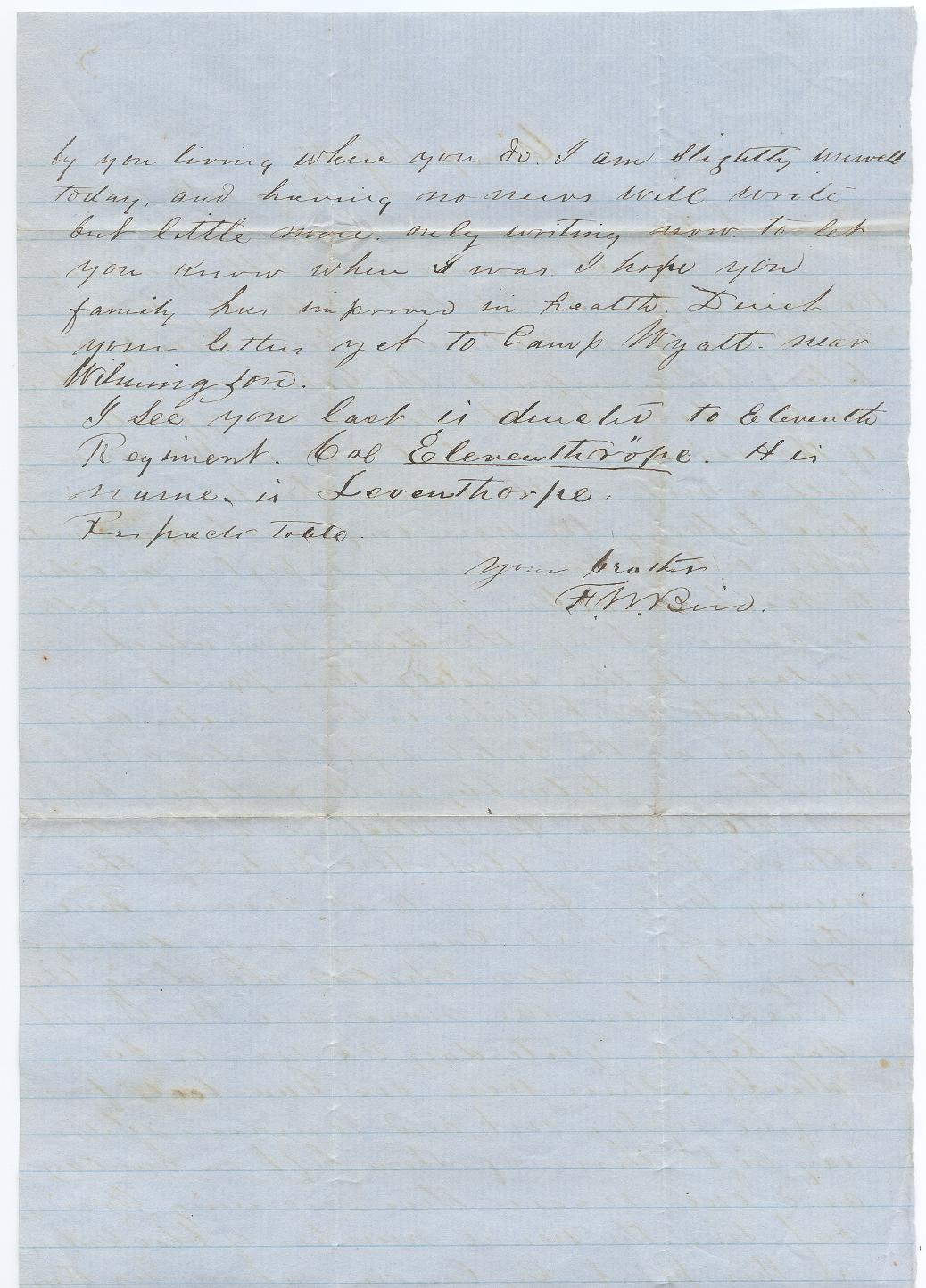 I received you letter yesterday. We moved from Camp Davis the day before. The Regt is now Stationed about twenty miles below Wilmington on the Cape Fear River ten miles miles above Smithville, on the opposite Side of the river from that place. We are in half a mile of the ocean therefore have fine bathing, We were very much disappointed when ordered here having expected an order to Richmond. Our place is uncomfortable on account of the deep Sand which pertains to the whole of this part of the State. Fort fisher is two miles below us. it is at the Inlet eight miles above Smithville, tolerably well fortified, but not at all able to withstand a regular attack from a fleet. The boats of the enemy have fired into it Several times, the shells not causing any damage. They have also shelled all along the beach where we now are. We thought day before yesterday we would be attacked. There were Six Gun-boats four or five miles out, and remained Saturday night. Three of them left on Sunday and one more this morning leaving out two, the usual number of blockades at this point. By landing above us they can have no difficulty in cutting us off. Of course this Should not be mentioned by you living where you do. I am Slightly unwell today, and having no news will write but little more. only writing now to let you know where I was. I hope you family has improved in health. Direct your letters yet to Camp Wyatt. near Wilmington.

I See you last is directed to Eleventh Regiment. Col Eleventhrope. His name is Leventhorpe.