20 June 1862: “Your picture which you sent me came through all right and I thank you a thousand times for it – but I don’t think it is like you for I kissed it and it did not kiss me in return…” 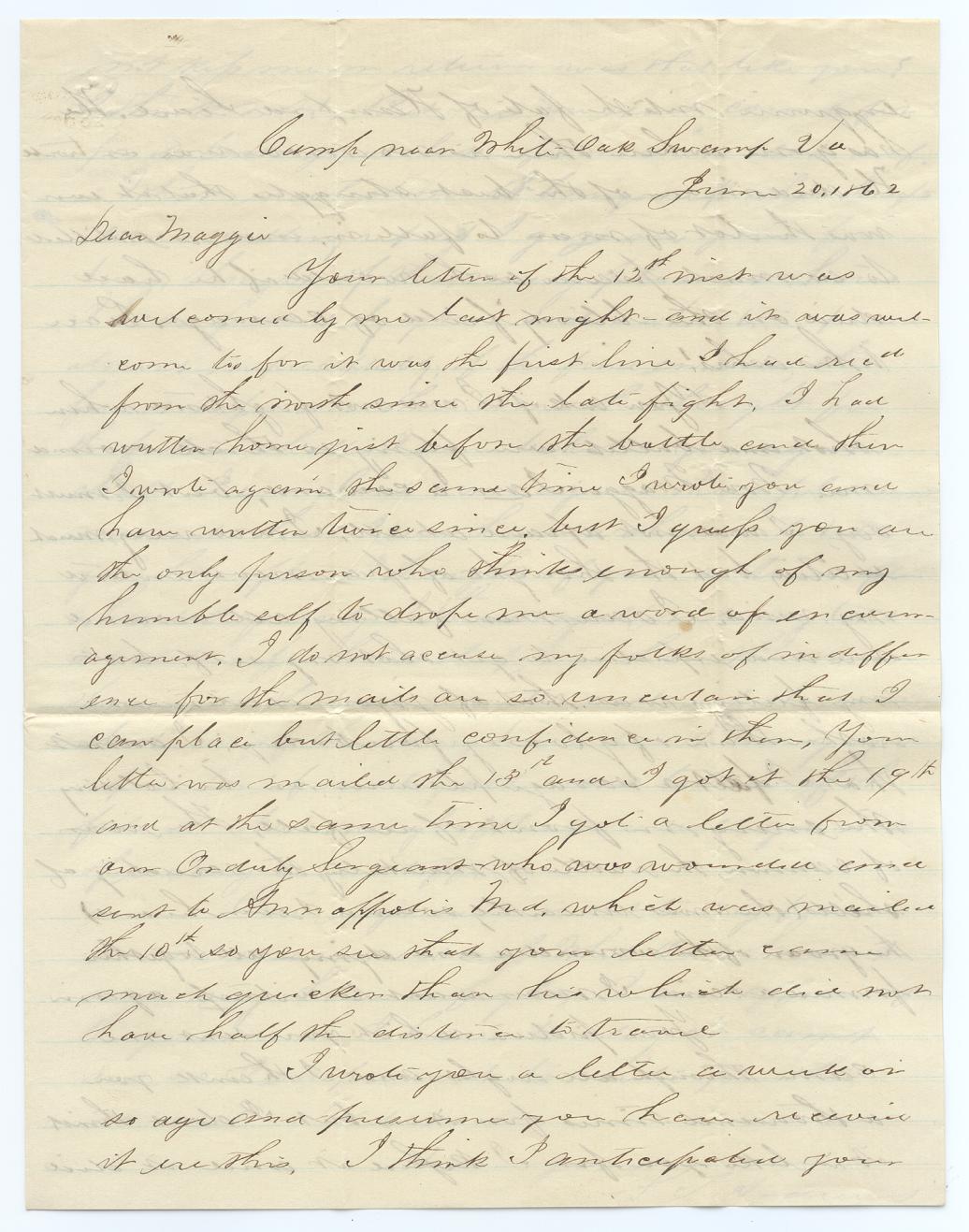 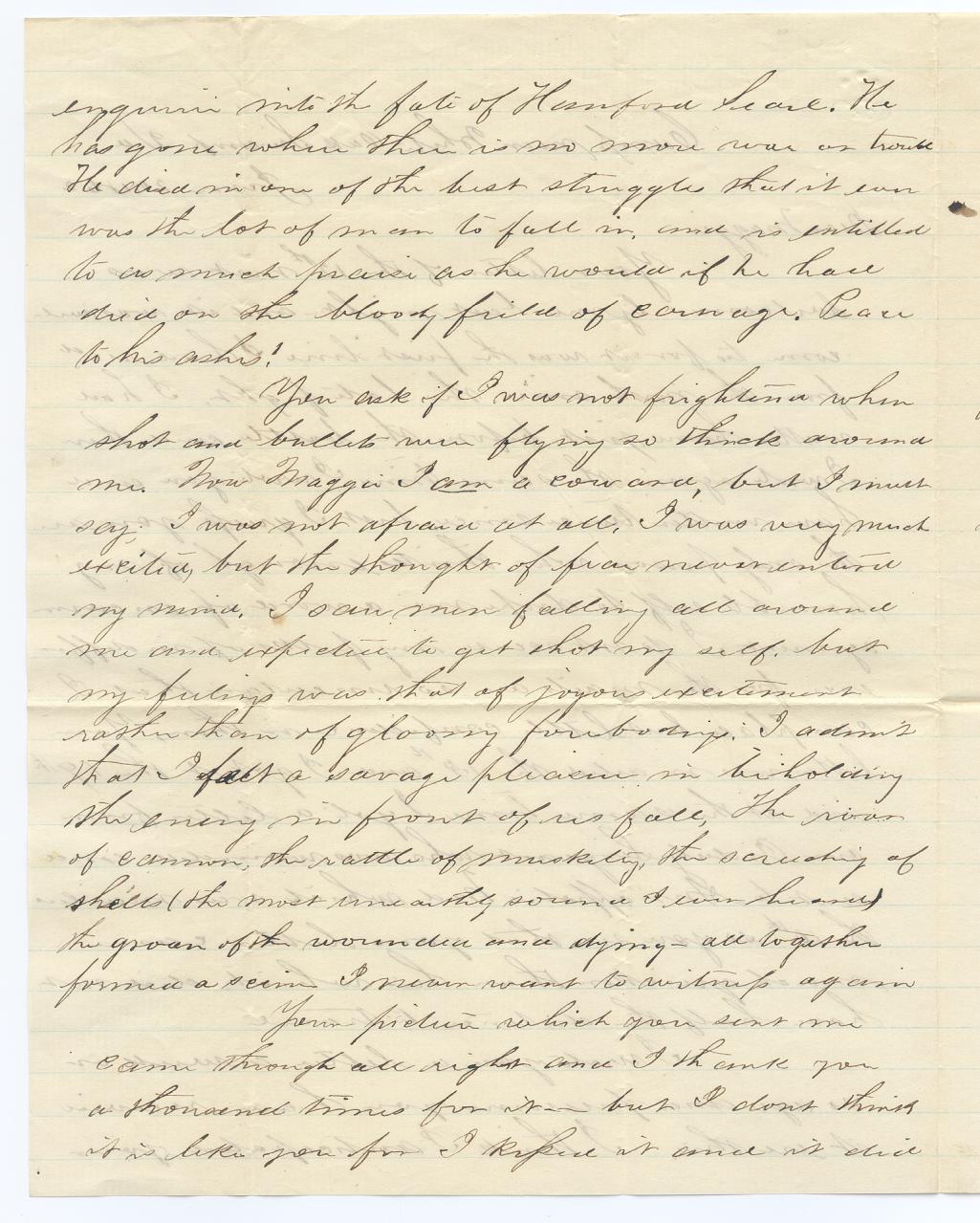 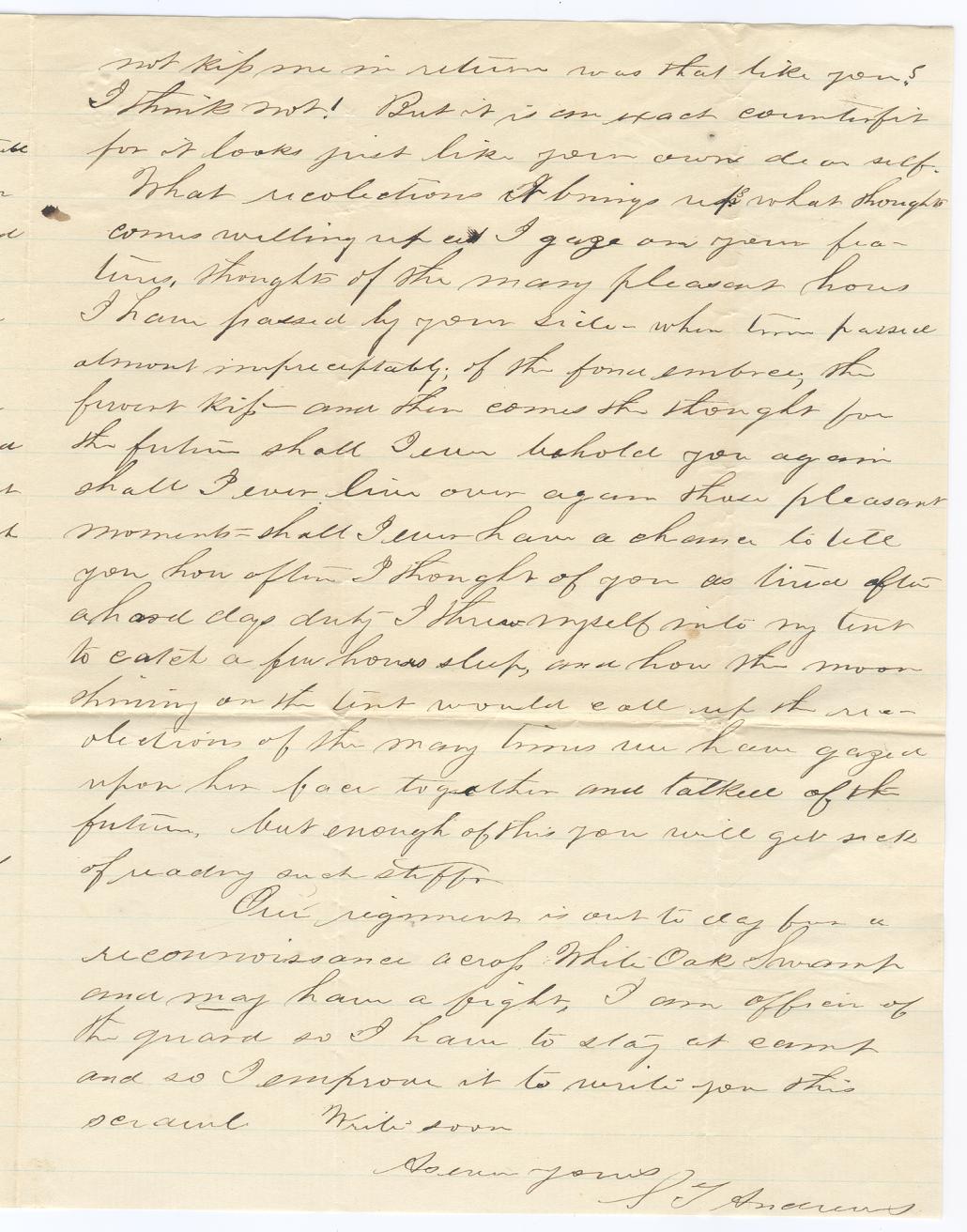 Your letter of the 12th inst. was welcomed by me last night and it was welcome too for it was the first line I had rec’d from the north since the late fight. I had written home just before the battle and then I wrote again the same time I wrote you and have written twice since, but I guess you are the only person who thinks enough of my humble self to drop me a word of encouragement. I do not accuse my folks of indifference for the mails are so uncertain that I can place but little confidence in them, Your letter was mailed the 13th and I got it the 19th and at the same time I got a letter from our Orderly Sergeant who was wounded and sent to Annappolis Md. which was mailed the 10th so you see that your letter came much quicker than his which did not have half the distance to travel.

I wrote you a letter a week or so ago and presume you have received it ere this. I think I anticipated your enquire into the fate of Hanford Searl. He has gone where there is no more war or trouble He died in one of the best struggles that it ever was the lot of man to fall in and is entitled to as much praise as he would of he had died on the bloody field of carnage. Peace to his ashes!

You ask if I was not frightened when shot and bullets were flying so thick around me. Now Maggie I am a coward, but I must say; I was not afraid at all, I was very much excited, but the thought of fear never entered my mind. I saw men falling all around me and expected to get shot my self, but my feelings was that of joyous excitement rather than of gloomy forebodings. I admit that I felt a savage pleasure in beholding the enemy in front of us fall, The roar of cannon; the rattle of musketry, the scruching (?) of shells (the most unearthly sound I ever heard) the groan of the wounded and dying – all together formed a scene I never want to witness again.

Your picture which you sent me came through all right and I thank you a thousand times for it – but I don’t think it is like you for I kissed it and it did not kiss me in return was that like you? I think not! But it is an exact counterfit for it looks just like your own dear self. What recolections it brings up what thought comes welling up as I gaze on your features, thoughts of the many pleasant hours I have passed by your side – when time passed almost impreceptably; of the fond embrace, the finest kiss – and then comes the thoughts for the future shall I ever behold you again shall I ever live over again those pleasant moments – shall I ever have a chance to tell you how often I thought of you as tired after a hard days duty – I threw myself into my tent to catch a few hours sleep, and how the moon shining on the tent would call up the recolections of the many times we have gazed upon her face together and talked of the future, but enough of this you will get sick of reading such stuff.

Our regiment is out today for a reconnaissance across White Oak Swamp and may have a fight, I am officer of the guard so I have to stay at camp and so I improve it to write you this scrawl  Write soon