6 August 1862: “Officers in command of troops will be held pecuniarily responsible for damage done to private property by those under them…”

Posted on 6 Aug ’12 by Biff Hollingsworth 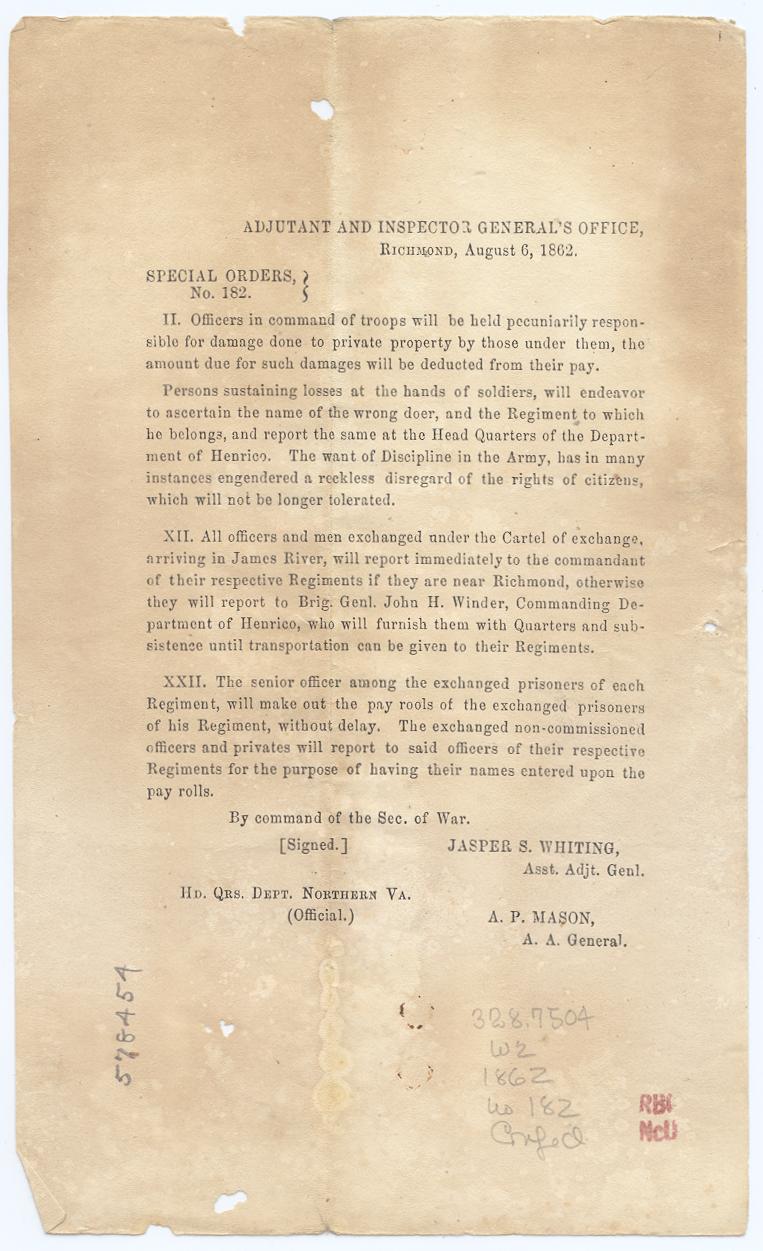 II. Officers in command of troops will be held pecuniarily responsible for damage done to private property by those under them, the amount due for such damages will be deducted from their pay.

Persons sustaining losses at the hands of soldiers, will endeavor to ascertain the name of the wrong doer, and the Regiment to which he belongs, and report the same at the Head Quarters of the Department of Henrico. The want of Discipline in the Army, has in many instances engendered a reckless disregard of the rights of citizens, which will not be longer tolerated.

XII. All officers and men exchanged under the Cartel of exchange, arriving in James River, will report immediately to the commandant of their respective Regiments if they are near Richmond, otherwise they will report to Brig. Genl. John H. Winder, Commanding Department of Henrico, who will furnish them with Quarters and subsistence until transportation can be given to their Regiments.

By command of the Sec. of War.