8 August 1862: “Twenty-five dollars reward will be paid for her apprehension, and Twenty-five for the detection of any person harboring her.” 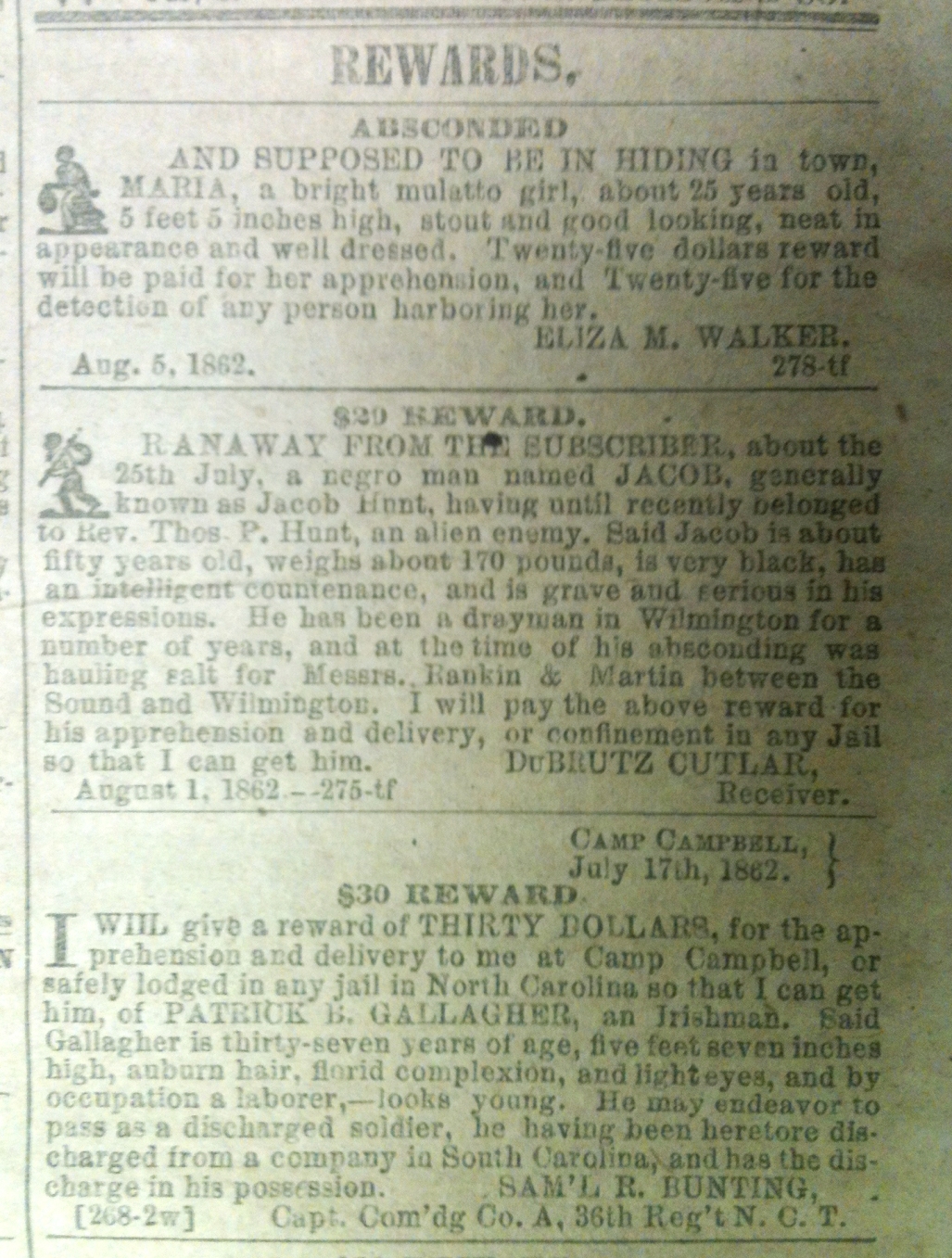 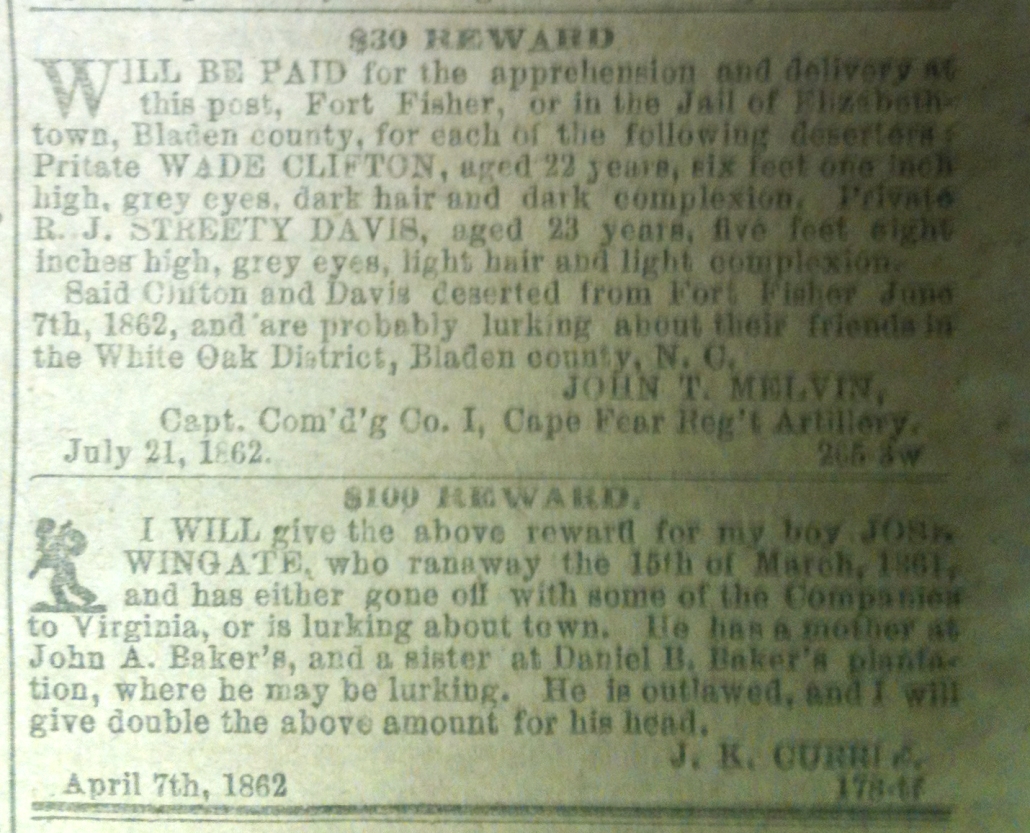 ABSCONDED
AND SUPPOSED TO BE IN HIDING in town, MARIA, a bright mulatto girl, about 25 years old, 5 feet 5 inches high, stout and good looking, neat in appearance and well dressed. Twenty-five dollars reward will be paid for her apprehension, and Twenty-five for the detection of any person harboring her.
ELIZA M. WALKER.
278-tf
Aug. 5, 1862.

$20 REWARD.
RANAWAY FROM THE SUBSCRIBER, about the 25th of July, a negro man named JACOB, generally known as Jacob Hunt, having until recently belonged to Rev. Thos. P. Hunt, an alien enemy. Said Jacob is about fifty years old, weights about 170 pounds, is very black, has an intelligent countenance, and is grave and serious in his expressions. He has been a drayman in Wilmington for a number of years, and at the time of his absconding was hauling salt for Messrs. Rankin & Martin between the Sound and Wilmington. I will pay the above reward for his apprehension and delivery, or confinement in any Jail so that I can get him.
DuBRUTZ CUTLAR,
Receiver.
August 1, 1862. – 275-tf

Camp Campbell, }
July 17th, 1862.
$30 REWARD.
I WILL give a reward of THIRTY DOLLARS, for the apprehension and delivery to me at Camp Campbell, or safely lodged in any jail in North Carolina so that I can get him, of PATRICK B. GALLAGHER, an Irishman. Said Gallager is thirty-seven years of age, five feet seven inches high, auburn hair, florid complexion, and light eyes, and by occupation a laborer, – looks young. He may endeavor to pass as a discharged soldier, he having been heretore discharged from a company in South Carolina, and has the discharge in his possession.
SAM’L R. BUNTING,
Capt. Com’dg Co. A, 36th Reg’t N.C.T.
[268-2w]

$100 REWARD.
I WILL give the above reward for my boy, JOSH WINGATE, who ranaway the 15th of March, 1861, and has either gone off with some of the Companies to Virginia, or is lurking about town. He has a mother at John A. Baker’s, and a sister at Daniel B. Baker’s plantation, where he may be lurking. He is outlawed, and I will give double the above amount for his head.
J.K. CURRIE.
178-tf
April 7th, 1862