7 September 1862: “We left the Rappahannock two weeks ago to-morrow, and such a week as the first was has no parallel in the war.”

Posted on 7 Sep ’12 by Biff Hollingsworth

Item description: Letter, dated 7 September 1862, as collected and published in Memoir and Memorials (The Neale Publishing Co., 1907), a memoir of Elisha Franklin Paxton. 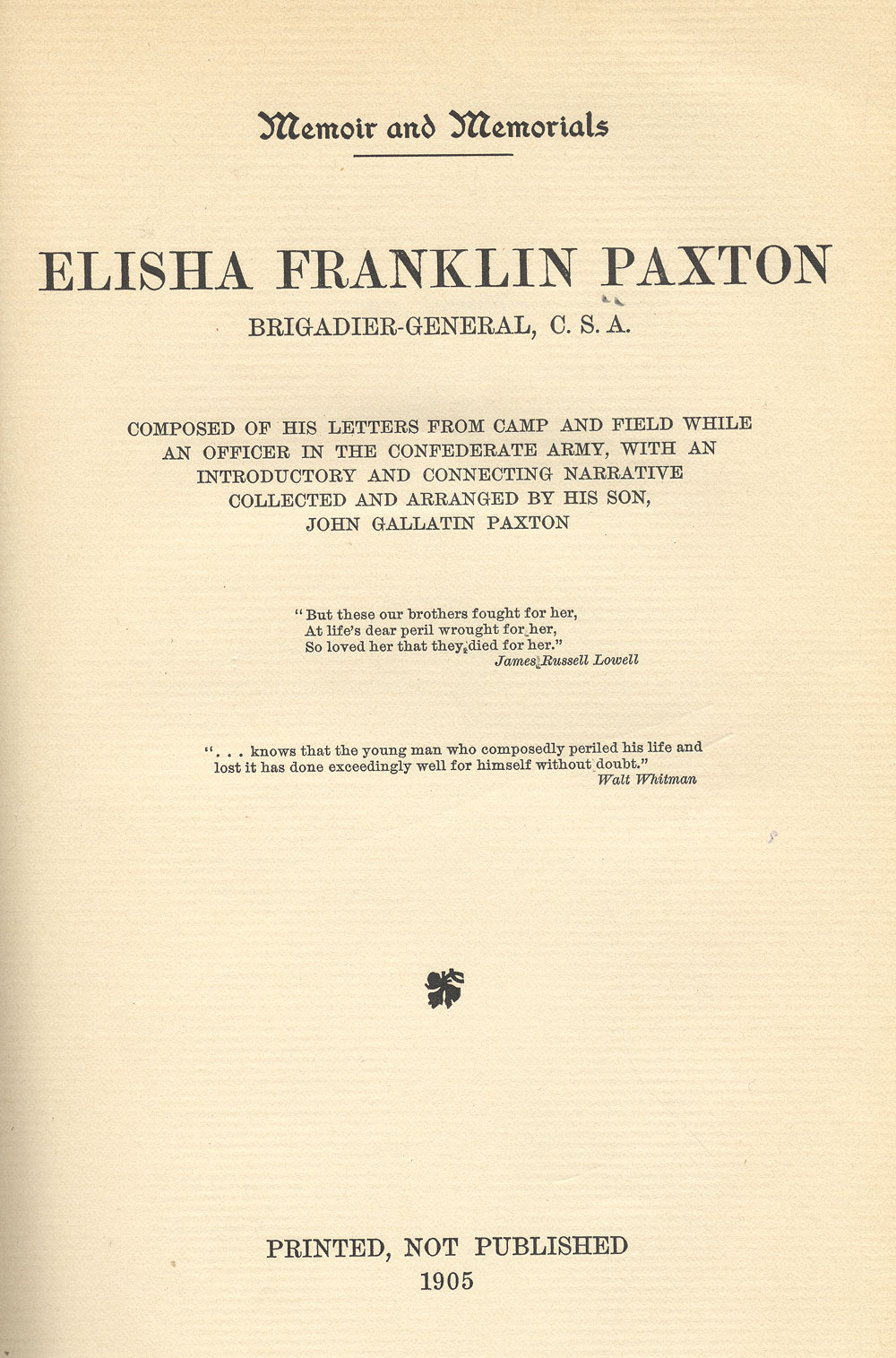 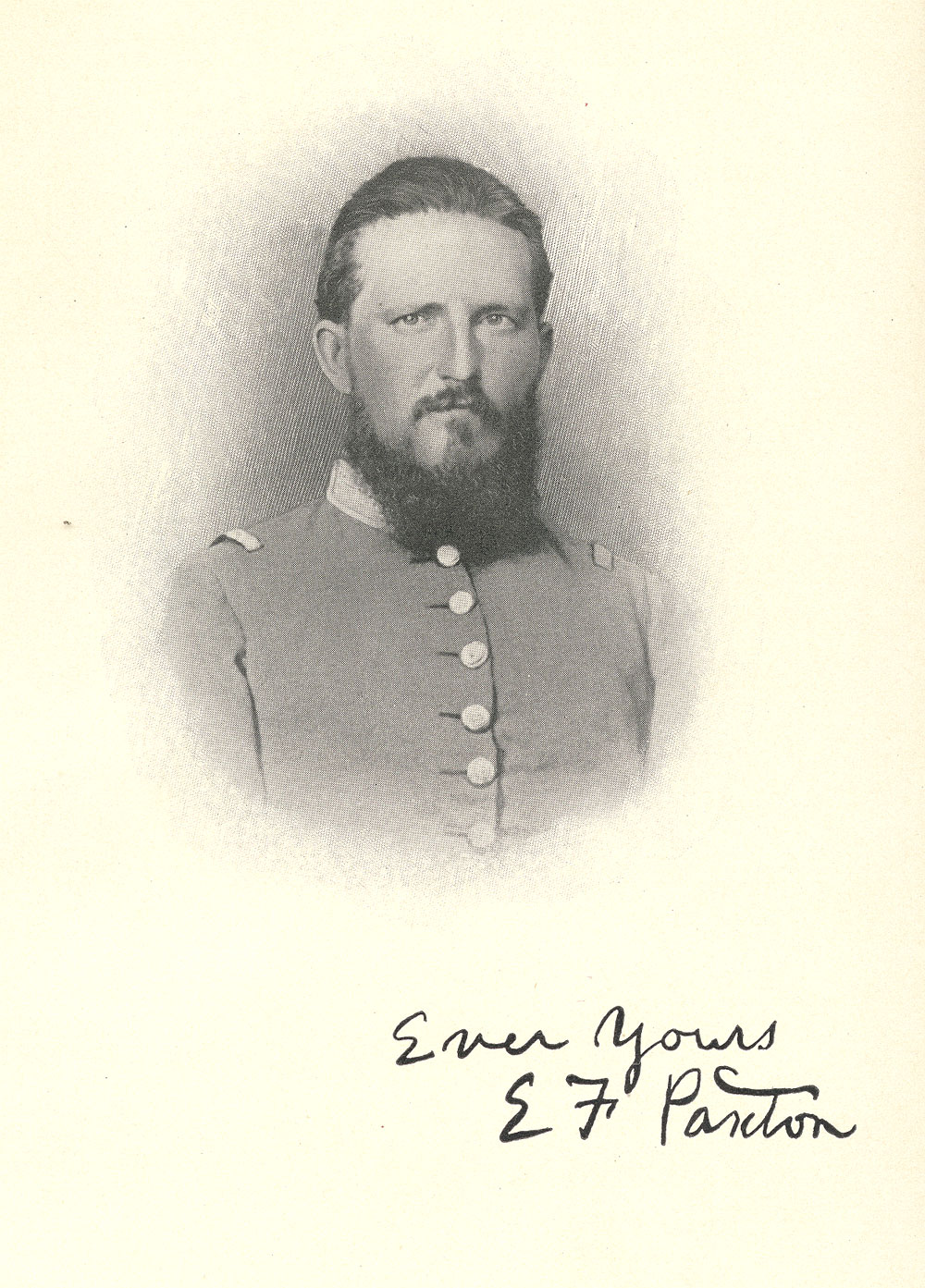 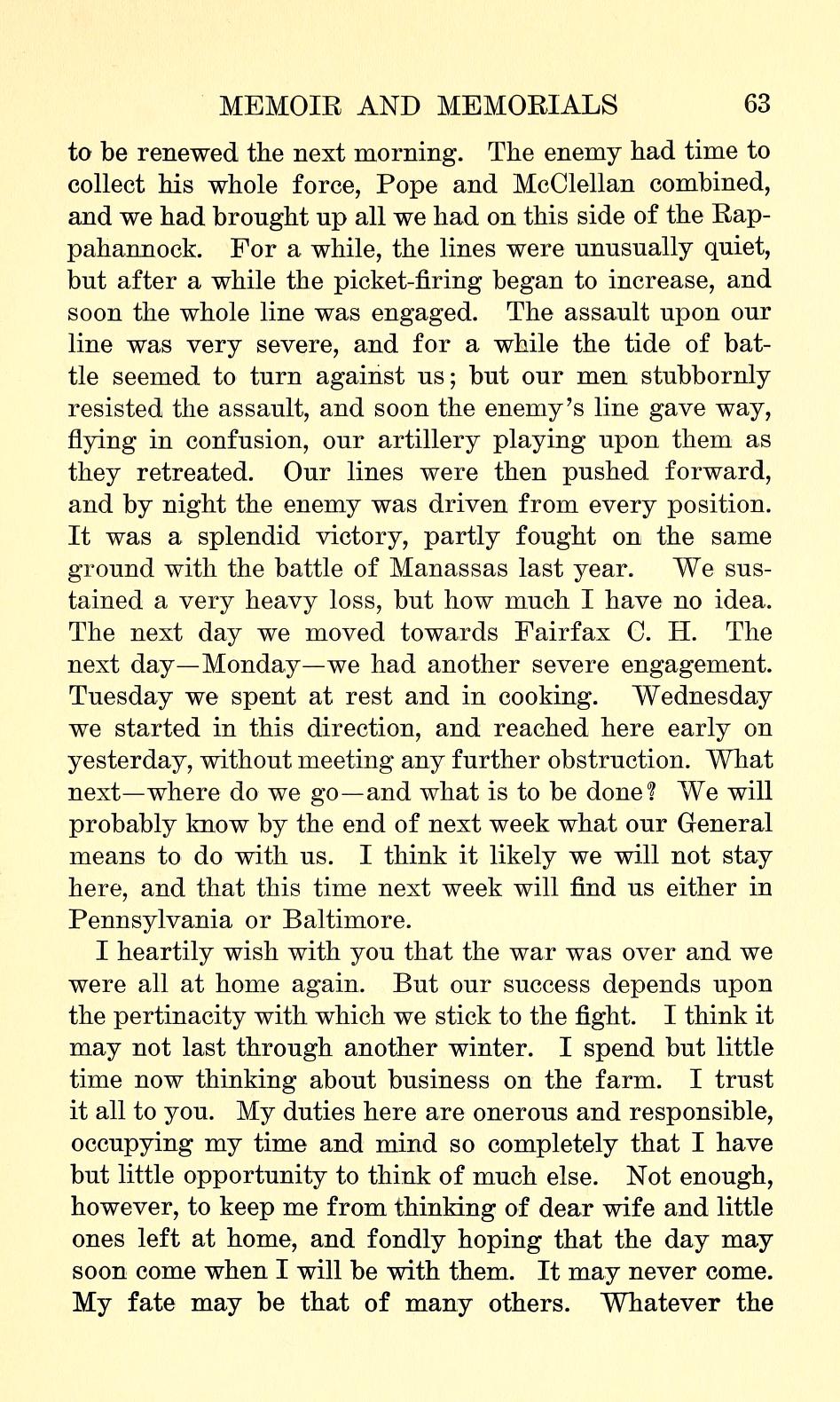 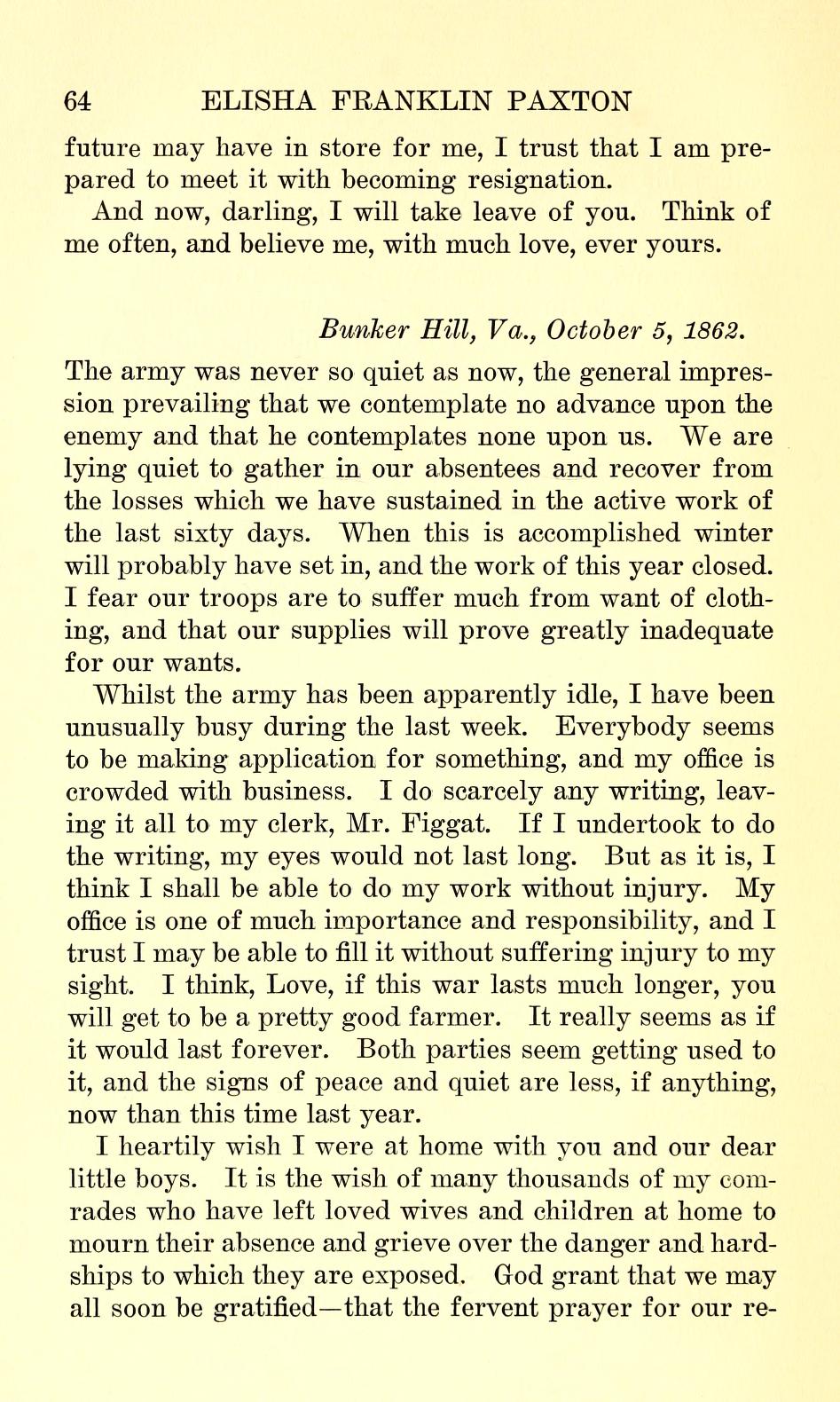 Your two last letters came to hand yesterday, and I was indeed very happy to hear from you. The date of my letter will surprise you. You would have thought it hardly possible that the fortunes of war should have so turned in our favor that this quiet Sabbath would find us here quietly encamped beyond the limits of our own Confederacy. It has cost us much of our best blood and much hardship, but it is a magnificent result, which, I trust, will secure our recognition in Europe, and be a step at least towards peace with our enemies. We left the Rappahannock two weeks ago to-morrow, and such a week as the first was has no parallel in the war. Two day’ severe march brought us about fifty miles to Manassas. That night we had an engagement with the enemy, in which the place was captured and some prisoners. The next day there was another battle, in which Mr. Newman was wounded. That night – Wednesday – we evacuated the place and took up our position adjoining the old battle-ground, and that evening we had another severe engagement, in which Maj.-Gen. Ewell was severely wounded and our loss very heavy. The next day – Friday – we were attacked by the enemy in much larger force, but we repulsed the enemy and at night both armies occupied about the same ground. We expected the battle to be renewed the next morning. The enemy had time to collect his whole force, Pope and McClellan combined, and we had brought up all we had on this side of the Rappahannock. For a while, the lines were unusually quiet, but after a while the picket-firing began to increase, and soon the whole line was engaged. The assault upon our line was very severe, and for a while the tide of battle seemed to turn against us; but our men stubbornly resisted the assault, and soon the enemy’s line gave way, flying in confusion, our artillery playing upon them as they retreated. Our lines were then pushed forward, and by night the enemy was driven from every position. It was a splendid victory, partly fought on the same ground with the battle of Manassas last year. We sustained a very heavy loss, but how much I have no idea. The next day we moved towards Fairfax C.H. The next day — Monday — we had another severe engagement. Tuesday we spent at rest and in cooking. Wednesday we started in this direction, and reached here early on yesterday, without meeting any further obstruction. What next — where do we go — and what is to be done? We will probably know by the end of next week what our General means to do with us. I think it likely we will not stay here, and that this time next week will find us either in Pennsylvania or Baltimore.

I heartily wish with you that the war was over and we were all at home again. But our success depends upon the pertinacity with which we stick to the fight. I think it may not last through another winter. I spend but little time now thinking about business on the farm. I trust it all to you. My duties here are onerous and responsible, occupying my time and mind so completely that I have but little opportunity to think of much else. Not enough, however, to keep me from thinking of dear wife and little ones left at home, and fondly hoping that the day may soon come when I will be with them. It may never come. My fate may be that of many others. Whatever the future may have in store for me, I trust that I am prepared to meet it with becoming resignation.

And now, darling, I will take leave of you. Think of me often, and believe me, with much love, ever yours.