14 September 1862: “Today there were three large steamers loaded with released prisoners came down the James – and a ragged looking set they were too – but they were happy to once more get their liberty…”

Item description: Letter, 14 September 1862, from Union soldier Stephen Tippet Andrews to his beloved, Margaret (Maggie) Little. Stephen Tippet Andrews enlisted in the 85th New York Infantry Regiment on 26 August 1861. He helped organize Company F, and was mustered in as first sergeant of the company in the second half of 1861. Andrews was captured with the “Plymouth Pilgrims” in Plymouth, N.C., on 20 April 1864, and was held captive in Georgia and South Carolina for almost a year. 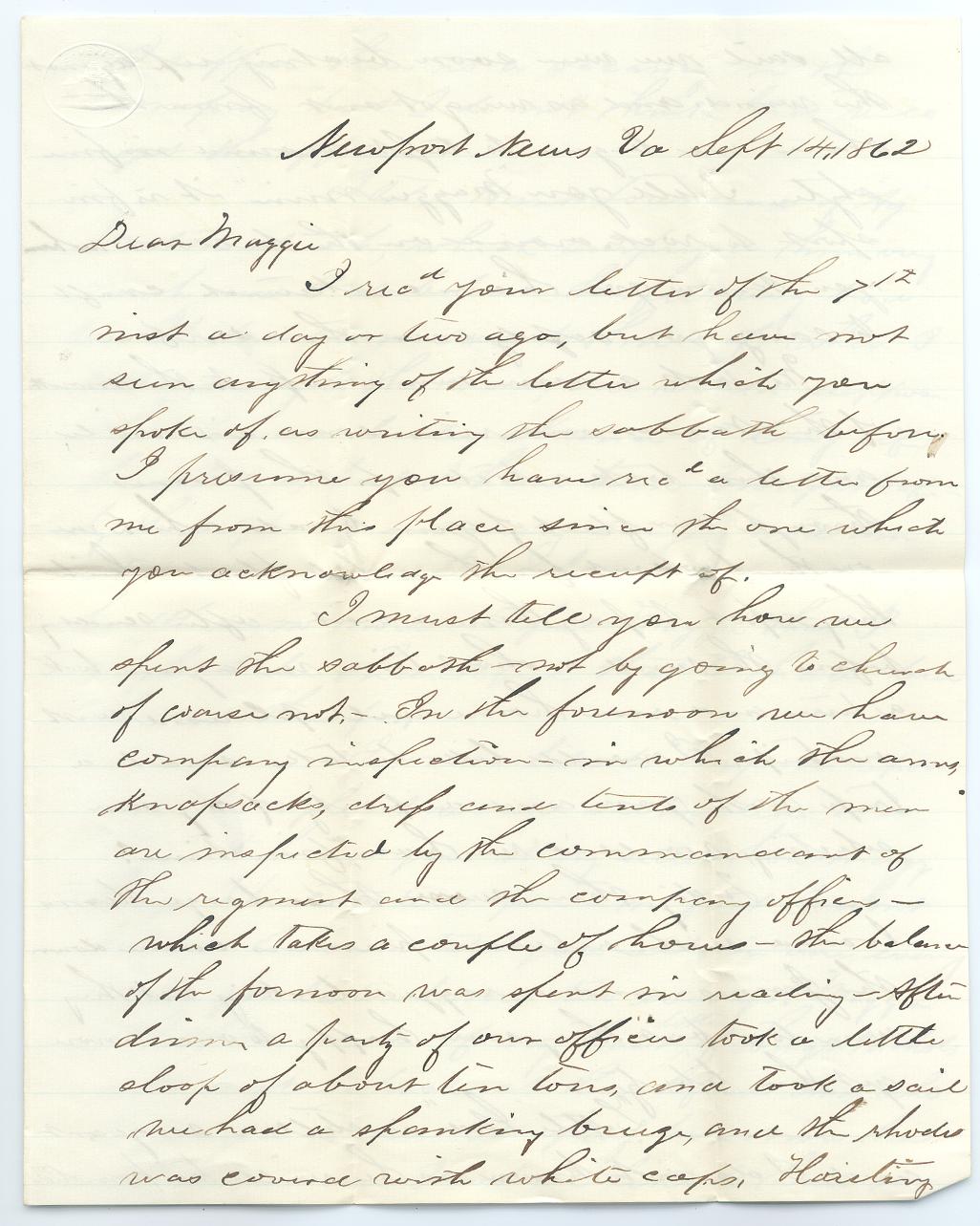 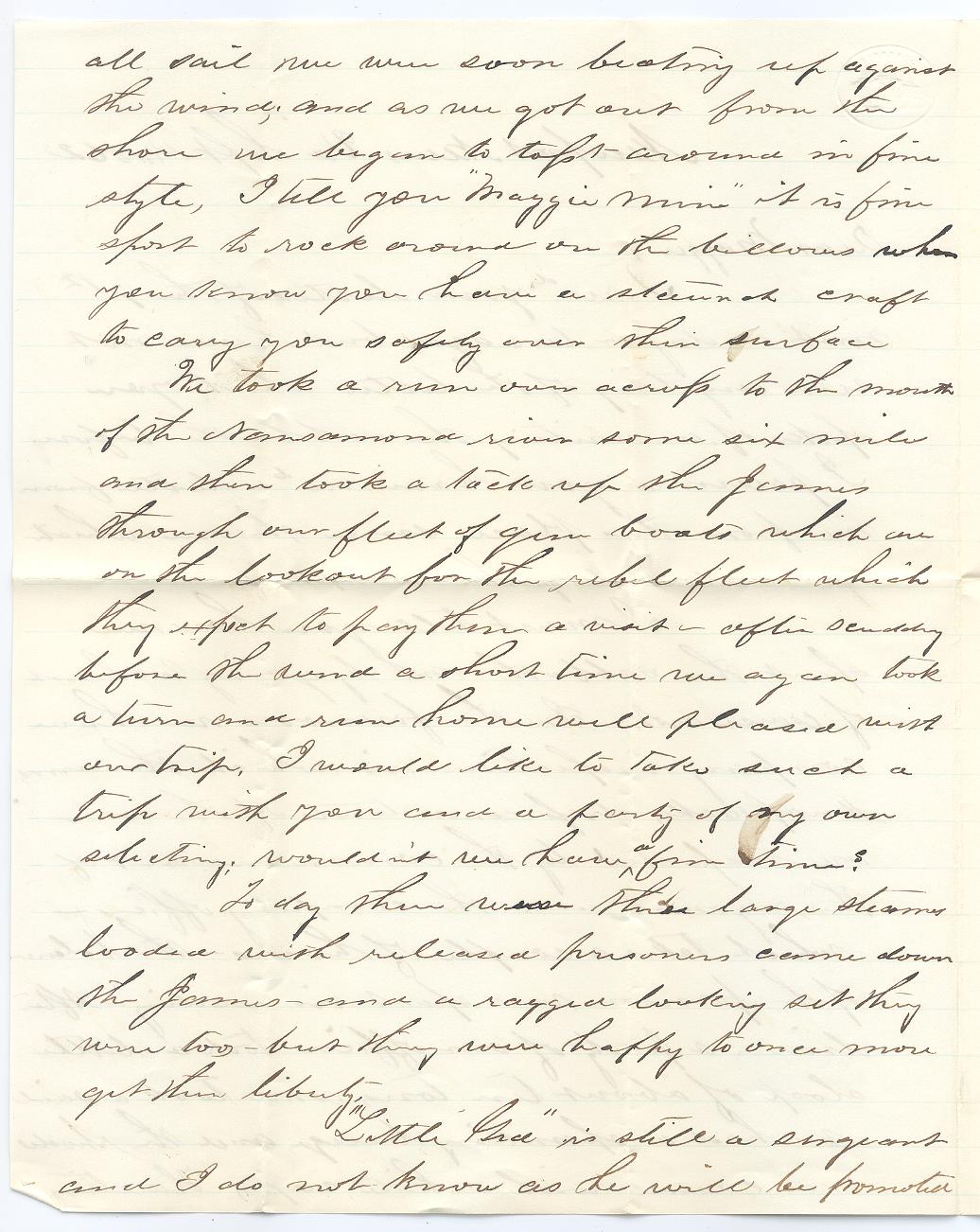 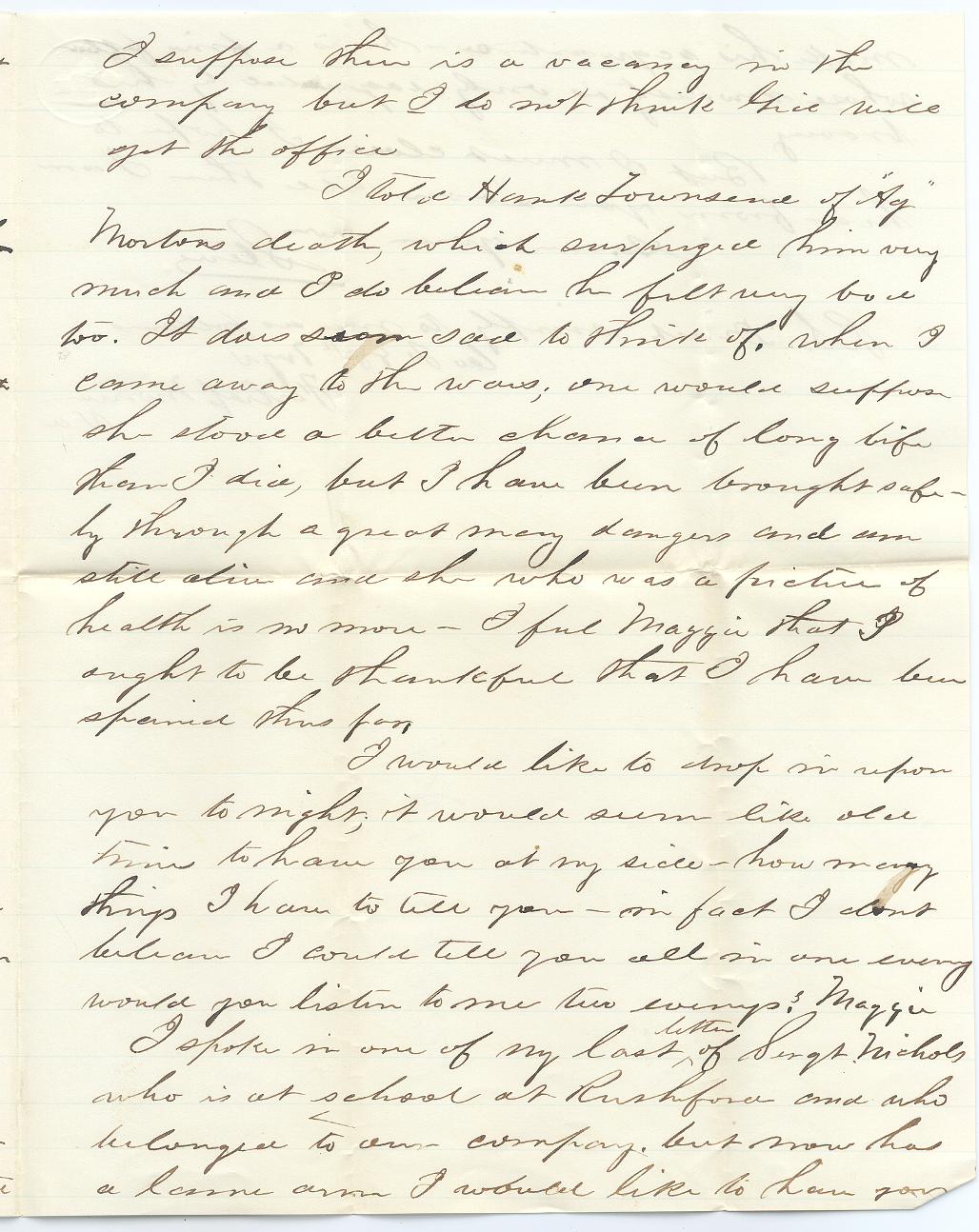 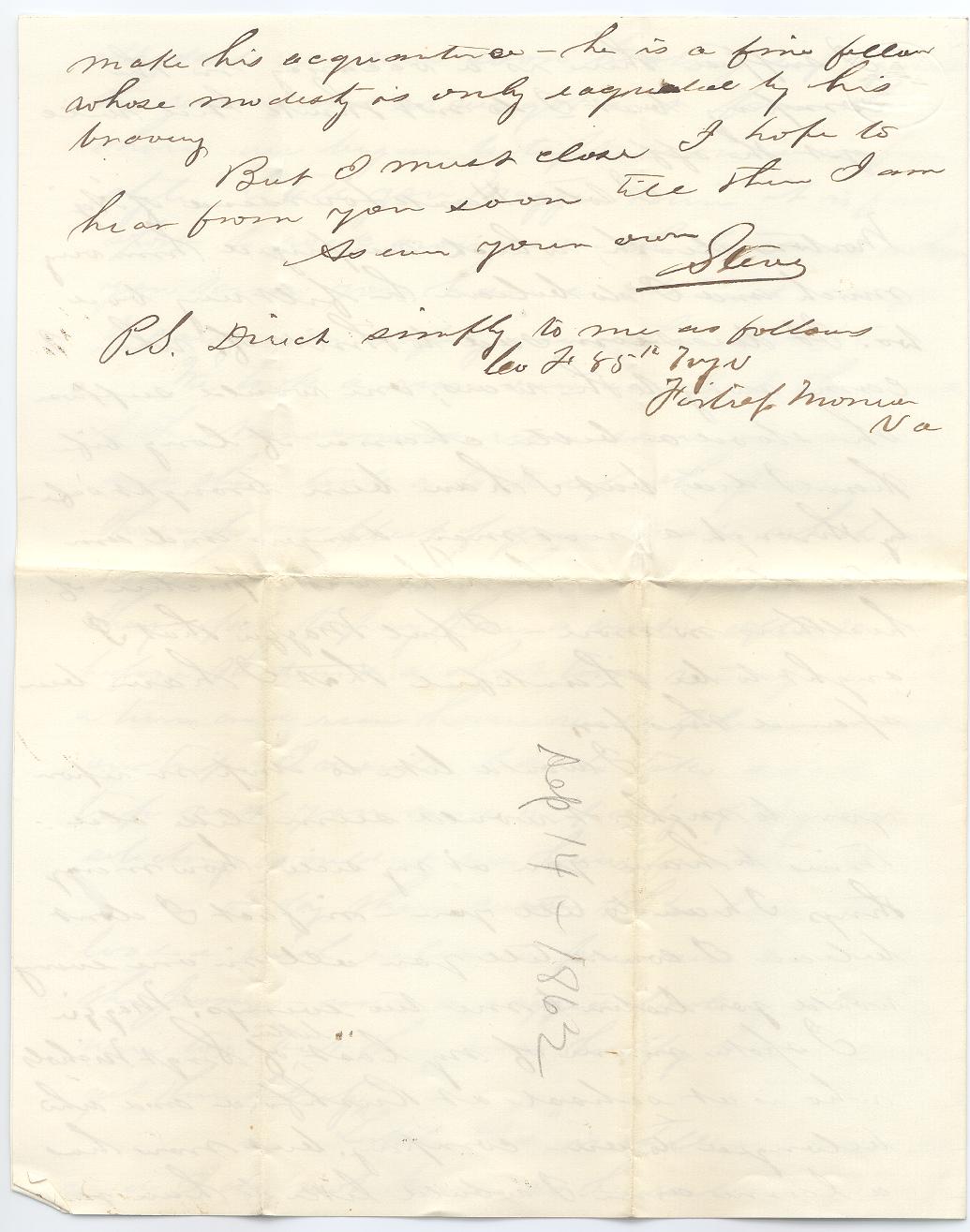 I rec’d your letter of the 7th inst a day or two ago, but have not seen anything of the letter which you spoke of as writing the Sabbath before I presume you have rec’d a letter from me from this place since the one which you acknowledge the receipt of.

I must tell you how we spent the Sabbath – not by going to church of course not. I n the forenoon we have company inspection – in which the arms knapsacks, dress and tents of the men are inspected by the commandant of the regiment and the company officers – which takes a couple of hours – the balance of the forenoon was spent in reading – After dinner a party of our officers took a little sloop of about ten tons, and took a sail we had a spanking breeze, and the rhodes (?) was covered with white caps, Hoisting all sail we were soon beating up against the wind; and was we got out from the shore we began to toss around in fine style, I tell you “Maggie mine” it is fine sport to rock around on the billows when you know you have a staunch craft to carry you safely over this surface

We took a run over across to the north of the Namsamond (?) river some six miles and then took a tack up the James through our fleet of gun boats which are on the lookout for the rebel fleet which they expect to pay them a visit – after scudding before the wind a short time we again took a turn and run home well pleased with our trip. I would like to take such a trip with you and a party of my own selecting; wouldn’t we have a fine time?

Today there were three large steamers loaded with released prisoners came down the James – and a ragged looking set they were too – but they were happy to once more get their liberty,

I told Hank Townsend of “Ag” Mortons death, which surprized (sic) him very much and I do believe he felt very bad too. It does seem sad to think of, when I cam away to the wars; one would suppose she stood a better chance of long life than I did, but I have been brought safely through a great many dangers and am still alive and she who was a picture of health is no more – I feel Maggie that I ought to be thankful that I have been sparred (sic ) thus far.

I would like to drop in upon you tonight; it would seem like old times to have you at my side – how many things I have to tell you – in fact I dont believe I could tell you all in one evening would you listen to me two evenings? Maggie

I spoke in one of my last letters of Sergt Nichols who is at school at Rushford and who belonged to our company, but now has a lame arm I would like to have you make his acquaintance – he is a fine fellow whose modesty is only equaled by his bravery

As ever your own