29 January 1863: “for a while we fared pretty badly being out in the rain without tents, but as we have got some tents now we are getting along a great deal better.”

Posted on 29 Jan ’13 by Biff Hollingsworth 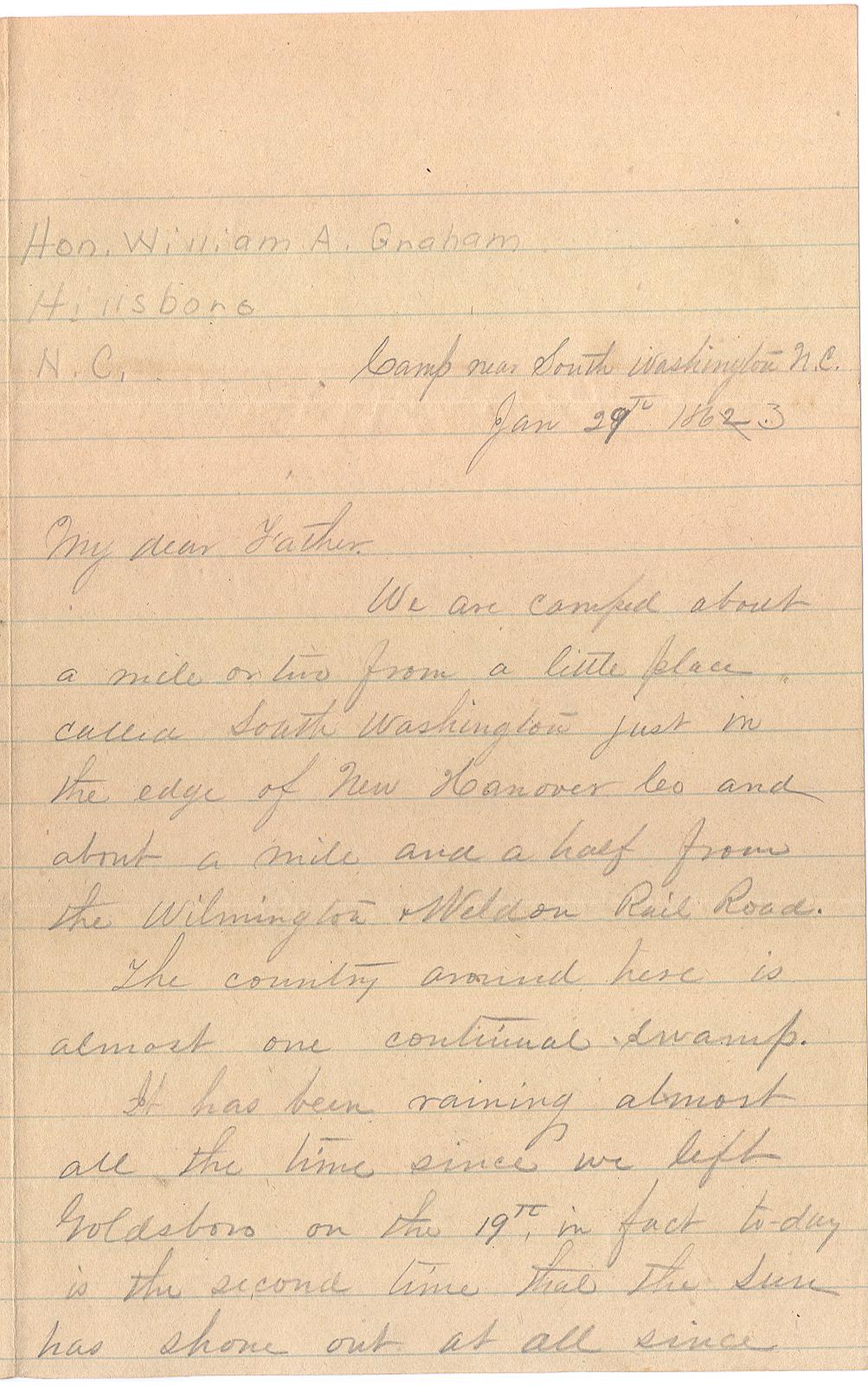 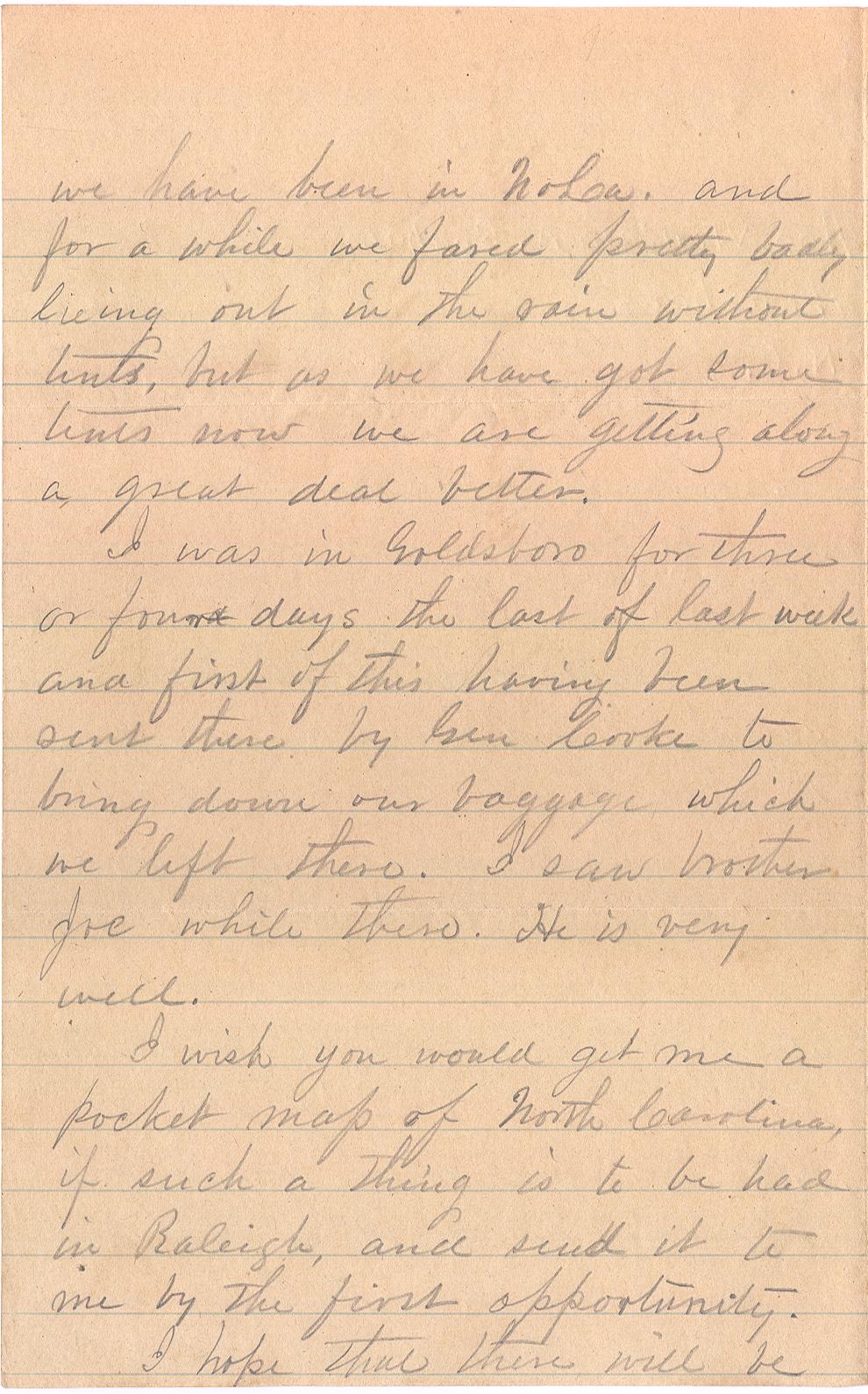 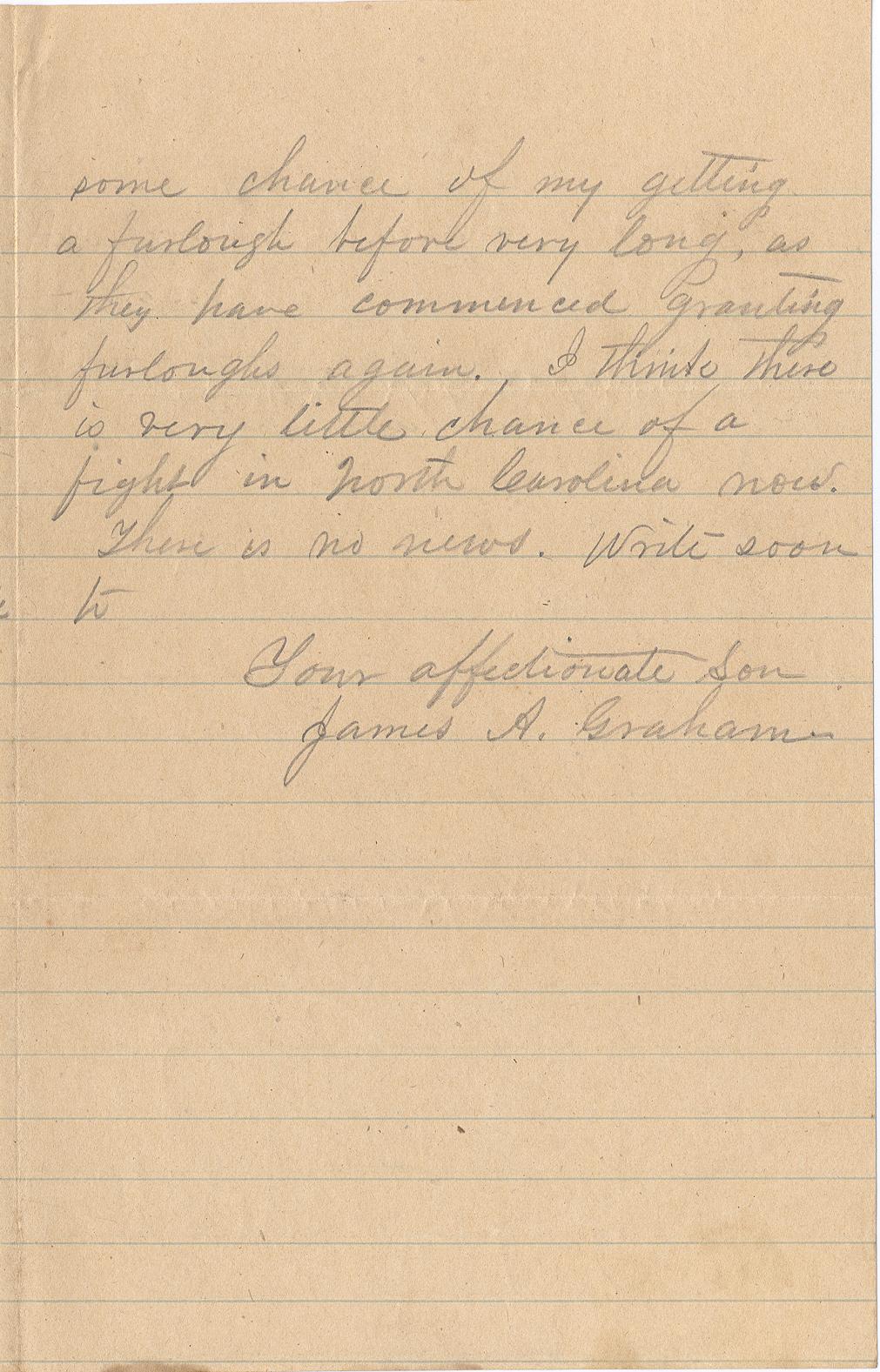 We are camped about a mile or two from a little place called South Washington just in the edge of New Hanover Co. and about a mile and a half from the Wilmington & Weldon Rail Road.

The country around here is almost one continual swamp. It has been raining almost all the time since we left Goldsboro on the 19th, in fact to-day is the second time that the sun has shone out at all since we have been in No. Ca. and for a while we fared pretty badly being out in the rain without tents, but as we have got some tents now we are getting along a great deal better.

I was in Goldsboro for three or four days the last of last week and first of this having been sent there by Gen. Cooke to bring down our baggage which we left there. I saw brother Joe while there. He is very well.

I wish you would get me a pocket map of North Carolina, if such a thing is to be had in Raleigh, and send it to me by the first opportunity. I hope that there will be some chance of my getting a furlough before very long, as they have commenced granting furloughs again. I think there is very little chance of a fight in North Carolina now.

There is no news. Write soon to

You affectionate son,
James A. Graham