Item Description: Letter, dated 16 February 1863, from Jane Gibert Pettigru North (abbreviated JGN) to her brother.  She describes the “restless” nature of a visiting relation named Sue, as well as conditions at her plantation, Badwell, and the trials of a neighbor who had been court-martialed. 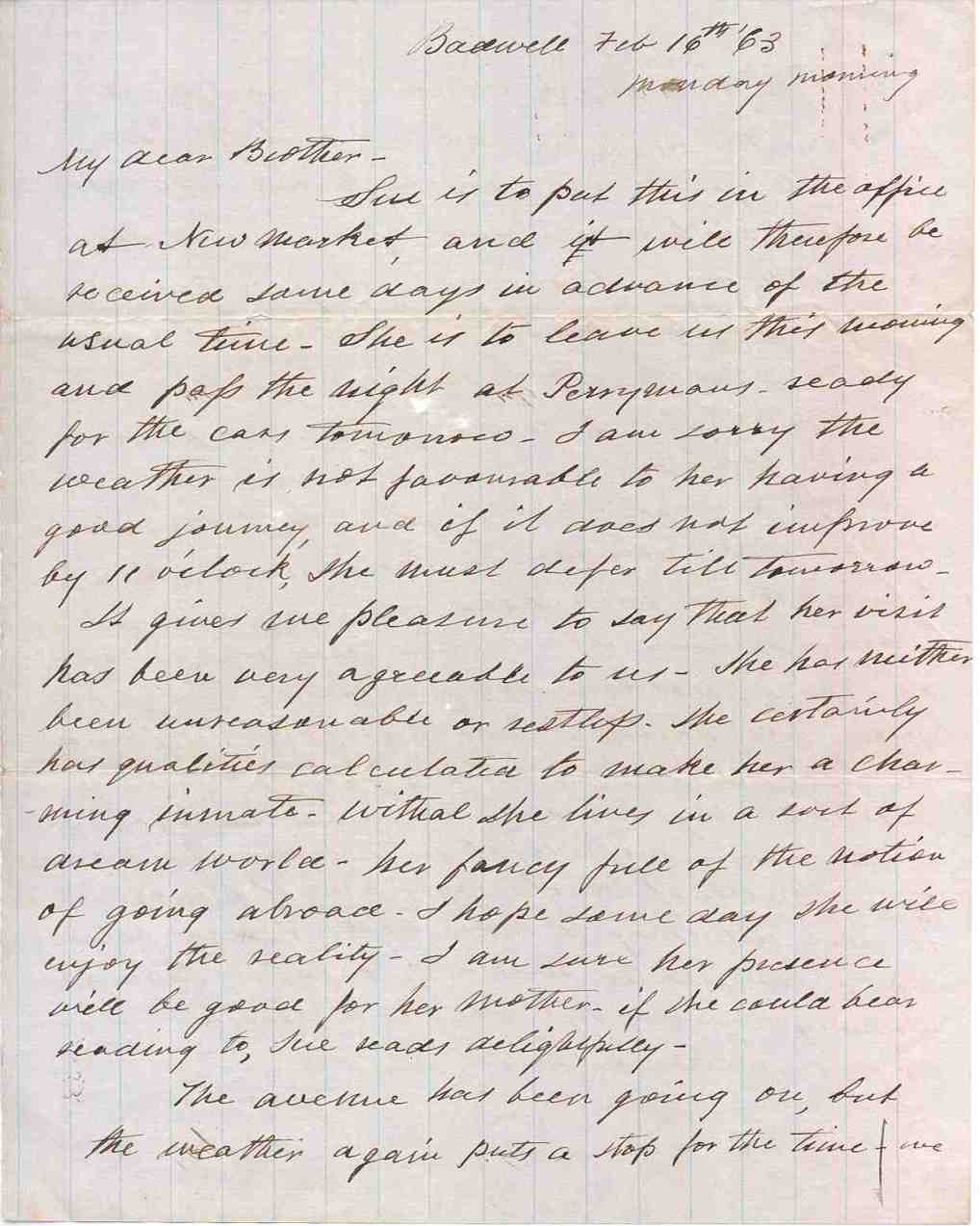 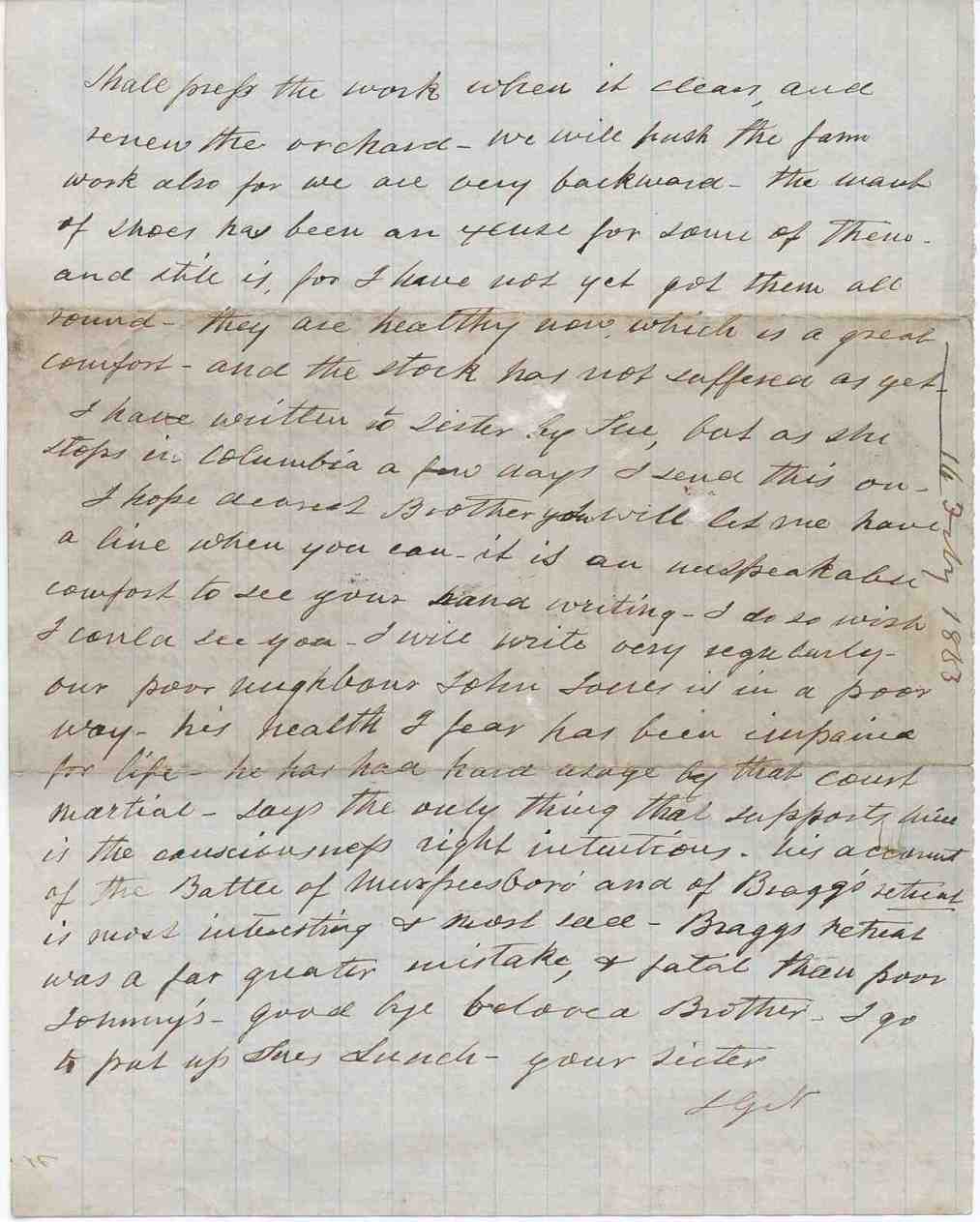 Sue is to put this in the office at New Market, and it will therefore be received some days in advance of the usual time.  She is to leave us this morning and pass the night at Perrymans, ready for the cars tomorrow.  I am sorry the weather is not favorable to her having a good journey, and if it does not improve by 11 o’clock, she must defer till tomorrow.
It gives me pleasure to say that her visit has been very agreeable to us.  She has neither been unreasonable or restless.  She certainly has qualities calculated to make her a charming inmate, withal she lives in a sort of dream world, her fancy full of the notion of going abroad.  I hope someday she will enjoy the reality.  I am sure her presence will be good for her mother, if she could bear reading to, Sue reads delightfully.
The avenue has been going on, but the weather again puts a stop for the time – we shall press the work when it clears, and renew the orchard. We will push the farm work also for we are very backward – the want of shoes has been an excuse for some of them, and still is, for I have not yet got them all round.  They are healthy now, which is a great comfort, and the stock has not suffered as yet.
I have written to sister by Sue, but as she stops in Columbia a few days I send this on.  I hope dearest brother you will let me have a line when you can, it is an unspeakable comfort to see your handwriting.  I do so wish I could see you.  I will write very regularly.  Our poor neighbor John Jones is in a poor way – his health I fear has been impaired for life.  He had hard usage by that court martial – says the only thing that supports him is the consciousness right intuitions.  His account of the Battle of Murfreesboro and of Bragg’s retreat is most interesting and most sad – Bragg’s retreat was a far greater mistake, and fatal than poor Johnny’s – goodbye beloved brother.  I go to put up Sue’s lunch.  Your sister,
JGN