18 March 1863: “…Be not troubled with any of my relatives as they have no reason & will give you a great deal of annoyance if you listen to all their wants.”

Posted on 18 Mar ’13 by Biff Hollingsworth

Item description: In this letter, 18 March 1863, James Cathcart Johnston, a planter in eastern North Carolina, wrote to his friend Mr. Henry J. Futrell about a shipment of tools that he would convey via a third party. Clandestine movement of people and goods were part and parcel of day given the competing conscription agents and lawless buffaloes in and around Plymouth, N.C. Johnston also noted with disgust the ineptitude and disloyalty of his nephew who had fled from Hayes plantation for Lynchburg with his family for the third time. 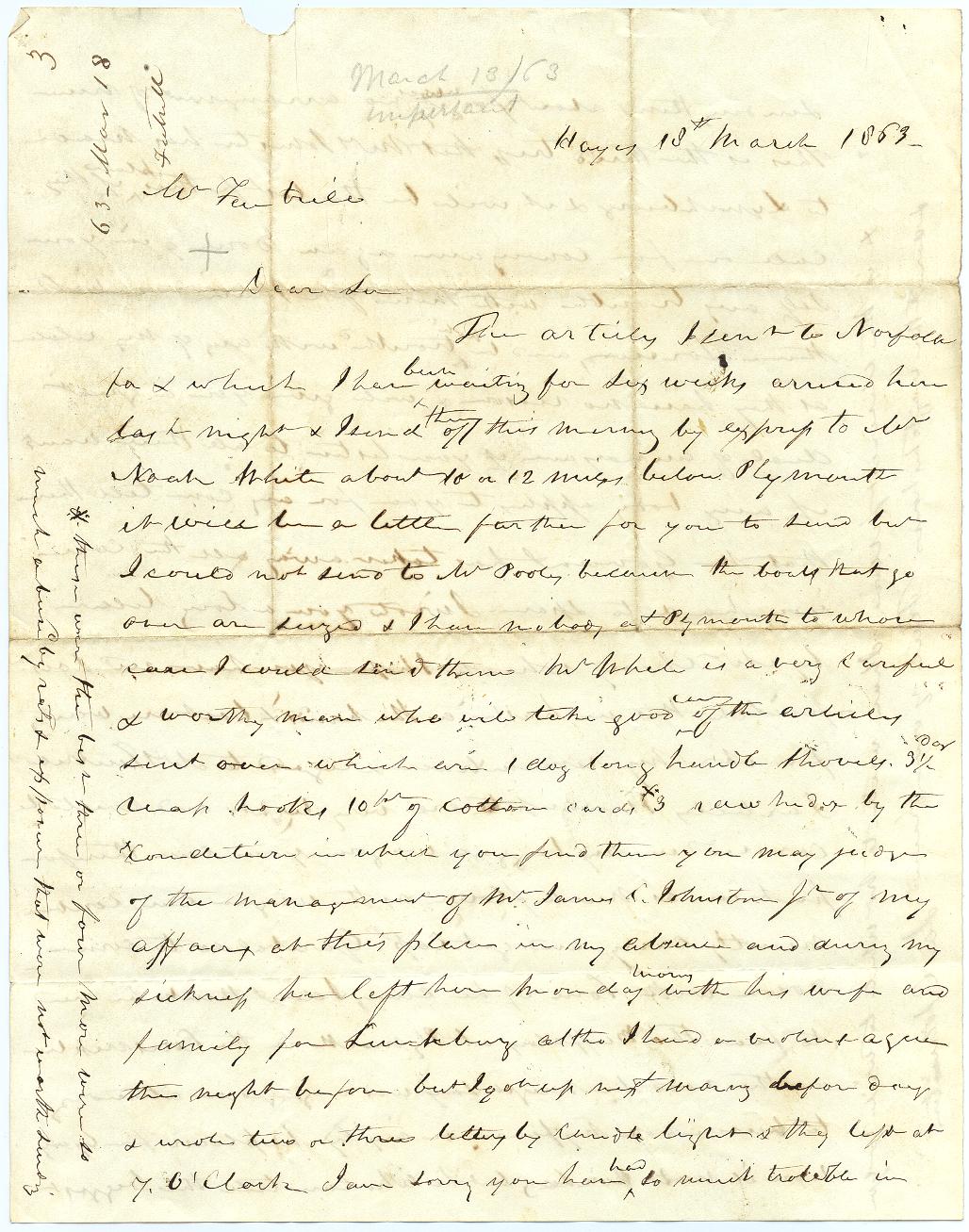 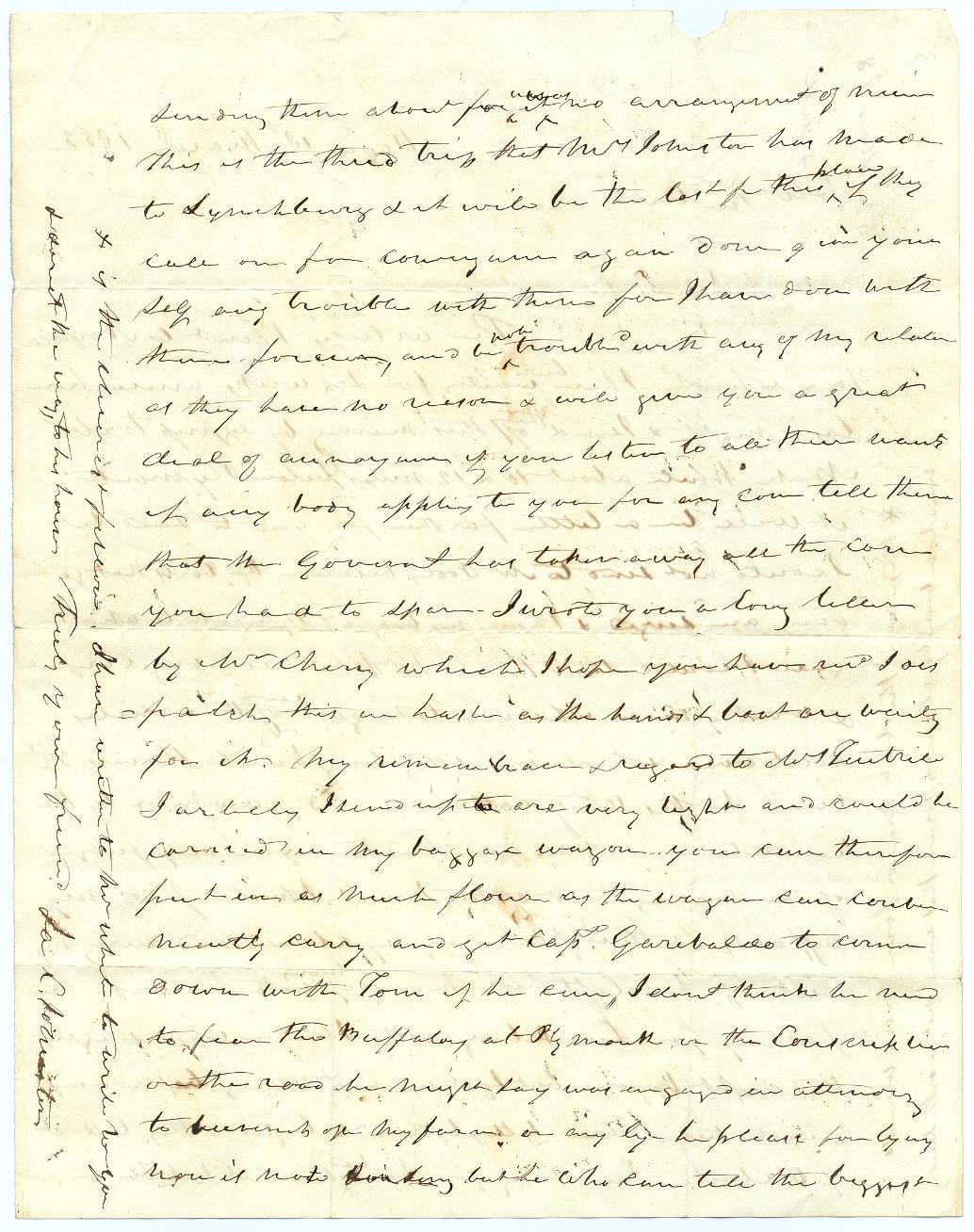 The articles I sent to Norfolk for & which I have been waiting for six weeks arrived here last night & I send them off this morning by express to Mr Noah White about 10 or 12 miles below Plymouth  it will be a little further for you to send but I could not send to W Poole because the boats that go over are seized & I have nobody at Plymouth to whose care I could send them  Mr White is a very careful & worthy man who will take good care of the articles sent over which are 1 doz long handle shovels, 3 ½ doz mop hooks, 10 lb of cotton cards. these were the best three or four more were so much abused by rats & exposure that were not worth sending. 3 raw hide by condition in which you find them you may judge of the management of Mr James C. Johnston Jr of my of my affairs at this place in my absence and during my sickness he left here Monday morning with his wife and family for Lynchburg altho I had a violent ague the night before but I got up next morning before day & wrote two or three letters by candle light & they left at 7 o’clock I am sorry you have had so much trouble in sending them about for it was no arrangement of mine This is the third trip that Mr Johnston has made to Lynchburg & it will be the last fr this place if they call on for conveyance again Dont give yourself any trouble with them for I have done with them forever and be not troubled with any of my relatives as they have no reason & will give you a great deal of annoyance if you listen to all their wants if any body applies to you for any corn tell them that the Government has taken away all the corn you had to spare. I wrote you a long letter by Mr Cherry which I hope you have recd I dispatch this in haste as the hands & boat are waiting for it. My remembrance & regard to Mrs Futrell I ?? I send up to are very light and could be carried in my baggage wagon. You can therefore put in as much flour as the wagon can conveniently carry and get Capt Garibaldo to come down with Tom if he can I don’t think he need to fear the Buffaloes at Plymouth or the Conscription on the road he might say was engaged in attending to business of my farm or any lye he please for lying now is not ?? but he who can tell the biggest is the cleverest fellow. I have written to Mr. White to write to you & direct the way, to his house.