Item description: Letter, dated 30 November 1863, from James A. Graham to his mother, Susannah Sarah Washington Graham.  He writes from the “line of battle” in Virginia, describing maneuvers and engagements of the Mine Run Campaign. 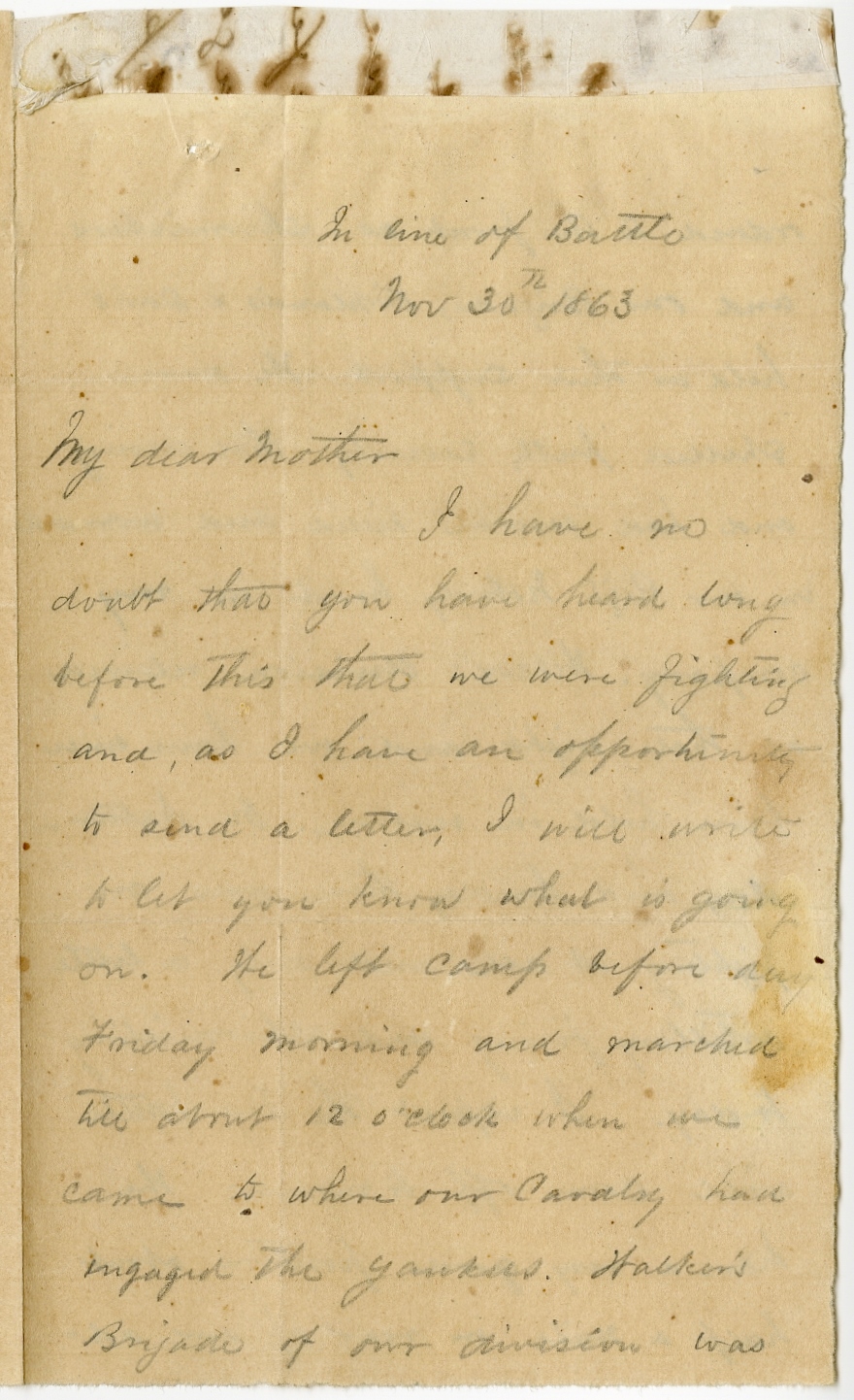 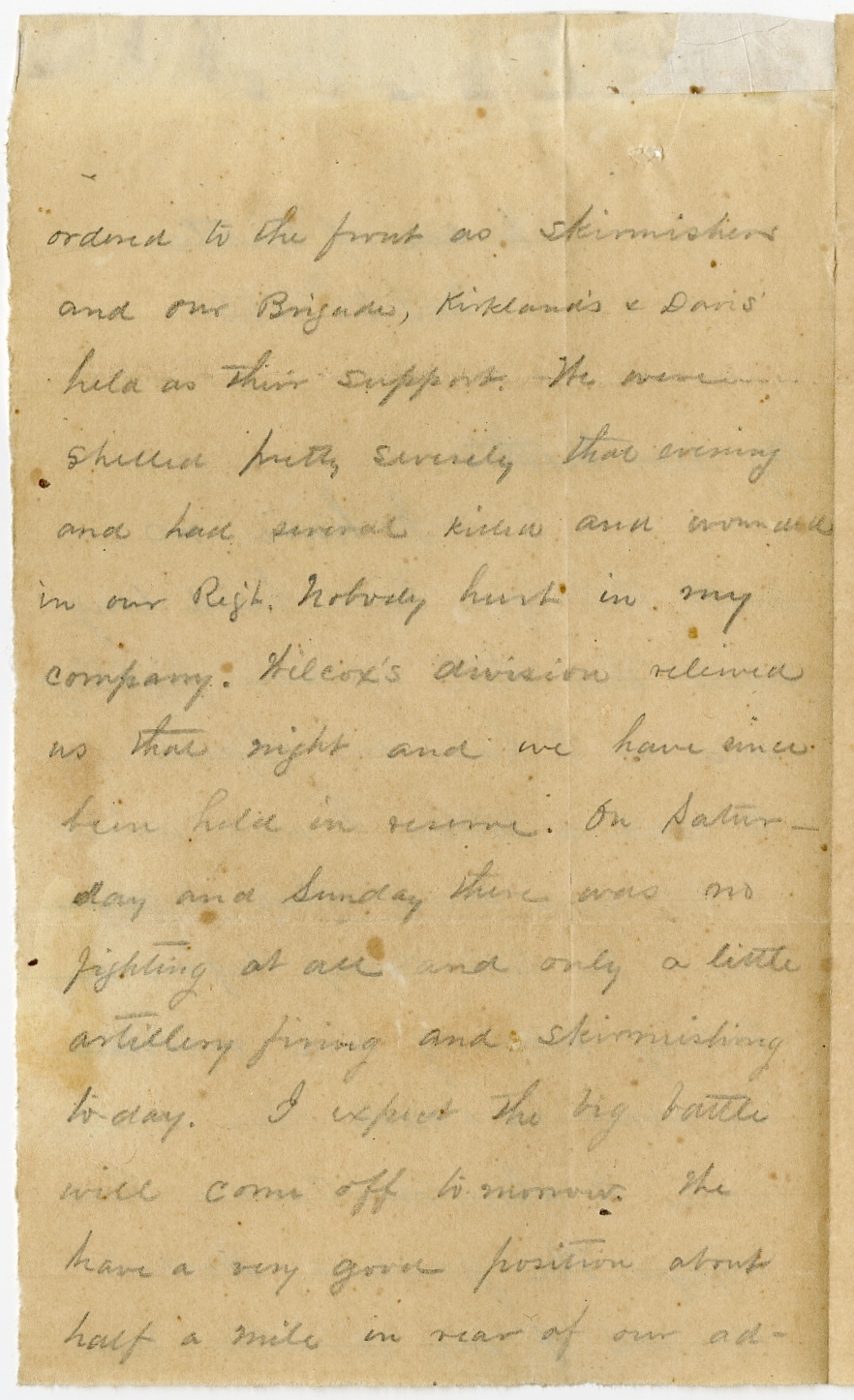 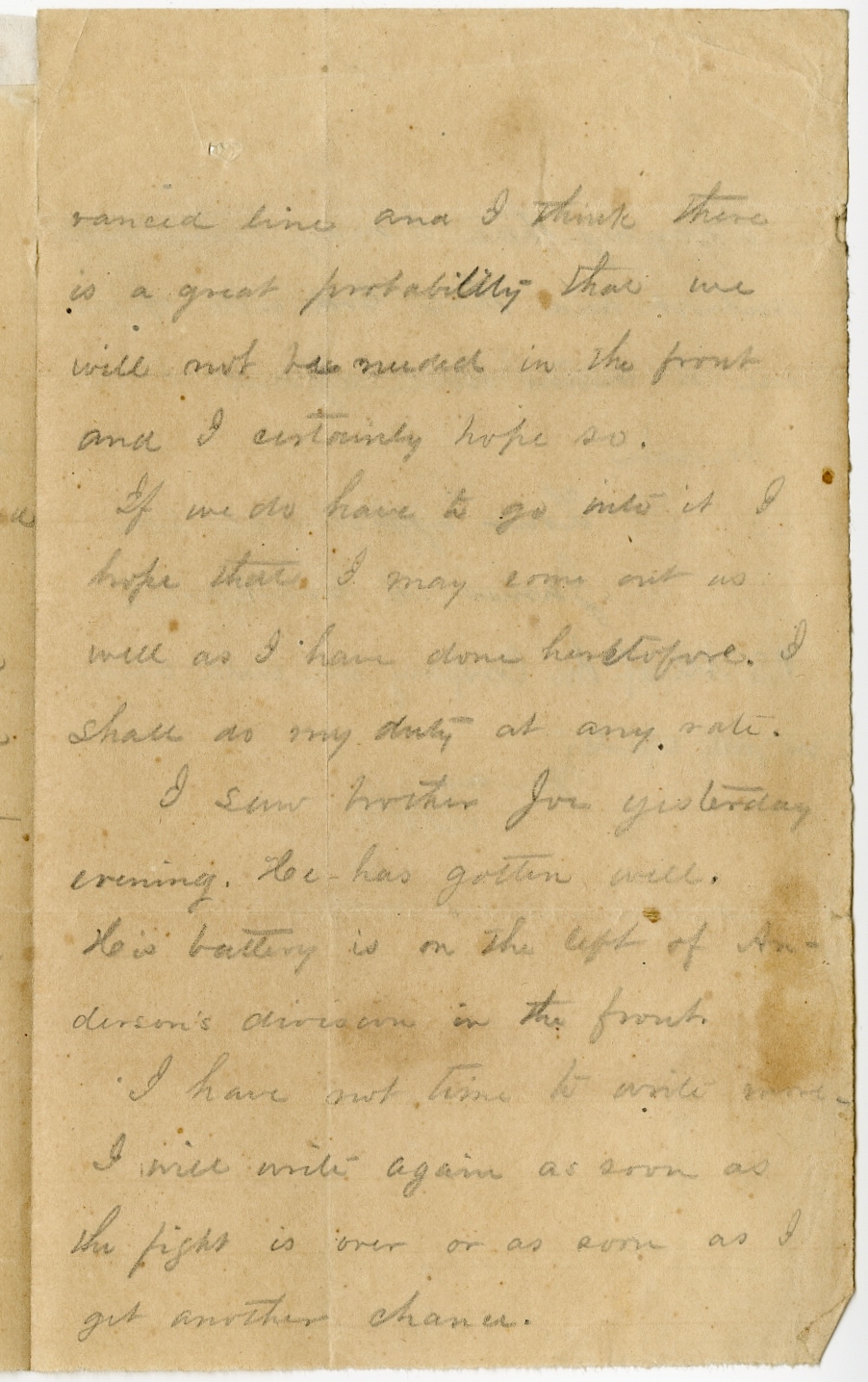 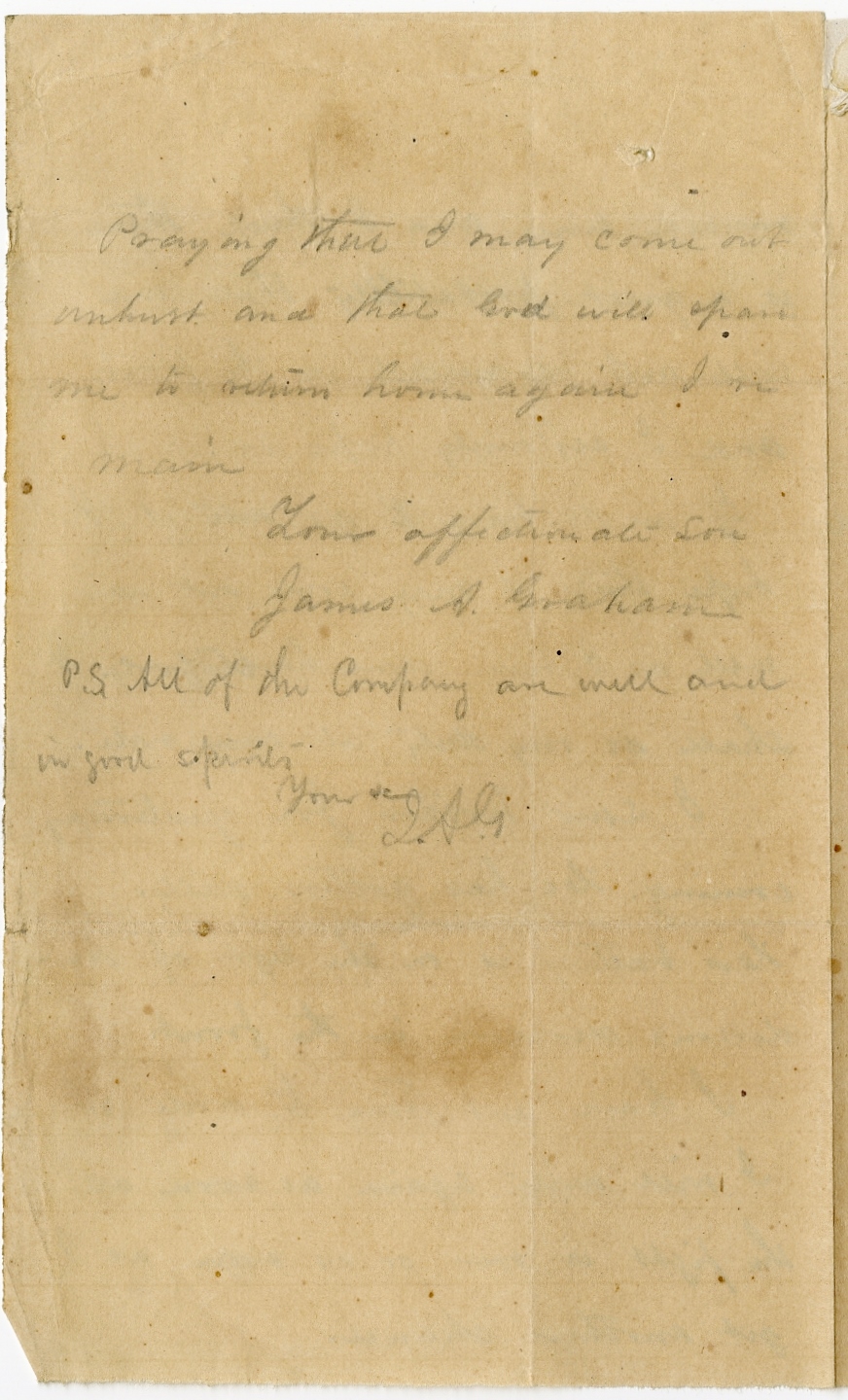 In line of Battle

I have no doubt that you have heard long before this that we were fighting and, as I have an opportunity to send a letter, I will write to let you know what is going on.  We left camp before day Friday morning and marched till about 12 o’clock when we came to where our Cavalry had engaged the yankees.  Walker’s Brigade of our division was ordered to the front as skirmishers and our Brigade, Kirkland’s and Davis’ held as their support.  We were shelled pretty severely that evening and had several killed and wounded in our Reg’t. Nobody hurt in my company. Wilcox’s division relieved us that night and we have since been held in reserve.  On Saturday and Sunday there was no fighting at all and only a little artillery firing and skirmishing today.  I expect the big battle will come off tomorrow.  We have a very good position about half a mile in rear of our ad-vanced line and I think there was a great probability that we will not be needed in the front and I certainly hope so.

If we do have to go into it I hope that I may come out as well as I have done heretofore.  I shall do my duty at any rate.

I saw brother Joe yesterday evening.  He has gotten well.  His battery is on the left of An-derson’s division in the front.

I have not time to write more – I will write again as soon as the fight is over or as soon as I get another chance.

P.S. All of the Company are well and in good spirits.