12 January 1864: “It is at present composed of convales-cents from the Hospitals, and of those men who have been arrested for absence without leave and sent to this place.” 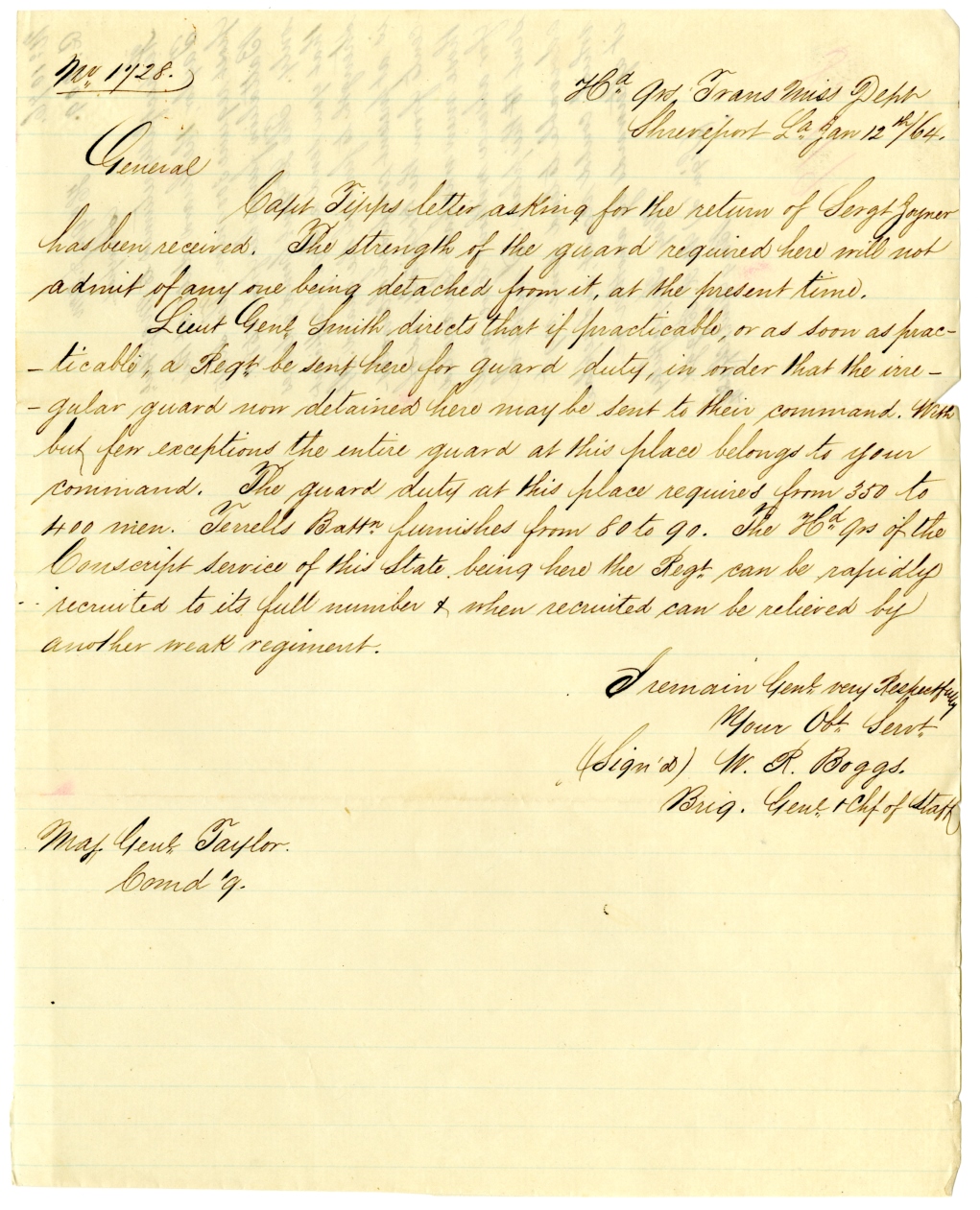 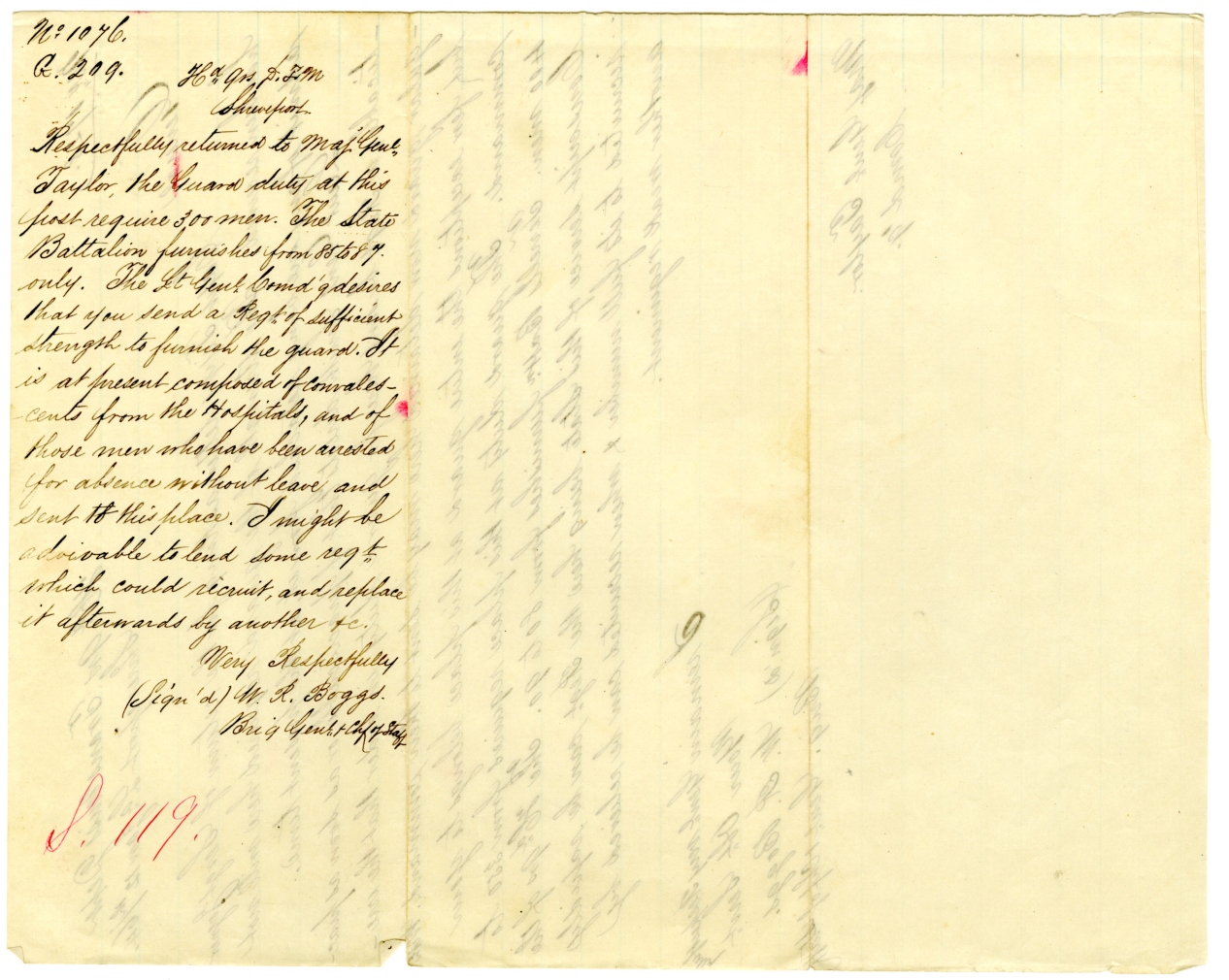 Capt Tipps letter asking for the return of Sergt Joyner has been received.  The strength of the guard required here will not admit of any one being detached from it, at the present time.

Lieut. Genl Smith directs that if practicable, or as soon as prac-ticable, a Regt be sent here for guard duty, in order that the irre-gular guard now detained here may be sent to their command.  With but few exceptions the entire guard at this place belongs to your command.  The guard duty at this place requires from 350 to 400 men.  Terrell’s Battn. furnishes from 80 to 90.  The Hd. Qrs. of the Conscript service of this State being here the Regt. can be rapidly recruited to its full number & when recruited can be relieved by another weak regiment.

Respectfully returned to Maj. Genl. Taylor, the Guard duty at this post require 300 men.  The State Battalion furnishes from 85 to 87 only.  The Lt. Genl. Comd’g desires that you send a Regt. of sufficient strength to furnish the guard.  It is at present composed of convales-cents from the Hospitals, and of those men who have been arrested for absence without leave and sent to this place.  I might be advisable to lend some regt. which could recruit, and replace it afterwards by another etc.

More about this item:  Major General Richard Taylor was the son of Zachary Taylor.