13 January 1864: “The conscriptors have apprehended him several times but he always manages to get away from them.”

Item description: Diary entry, 13 January 1864, written by Samuel Andrew Agnew. Agnew grew up and attended college and seminary in Due West, S.C. In 1852, he moved to Mississippi, and thereafter lived in the northeastern part of the state, chiefly in Tippah and Lee counties, where he was an Associate Reformed Presbyterian minister, teacher, farmer, and prominent local citizen. Although Agnew did not actively serve in the Civil War, he resided in the area of operations of both armies. 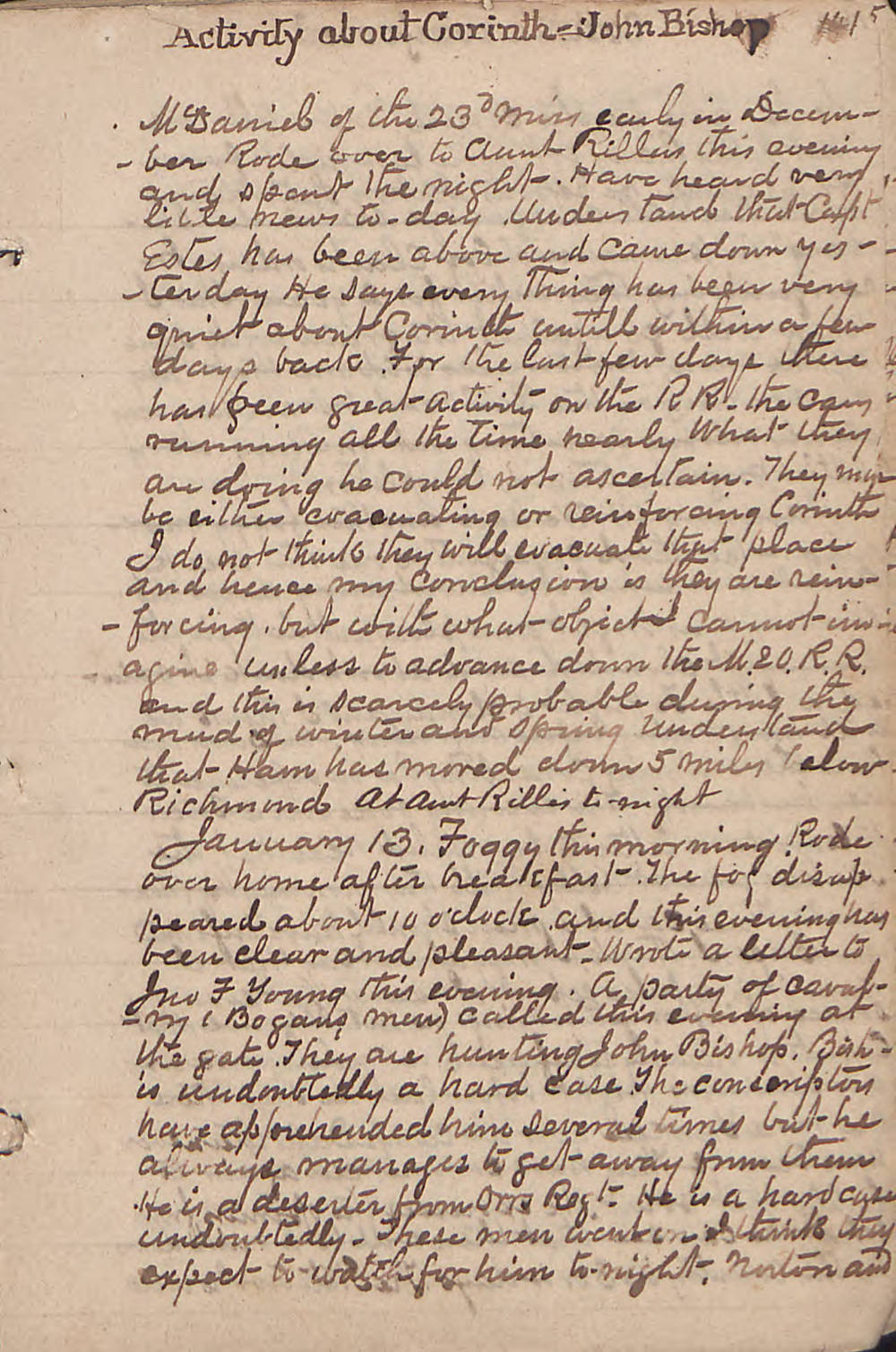 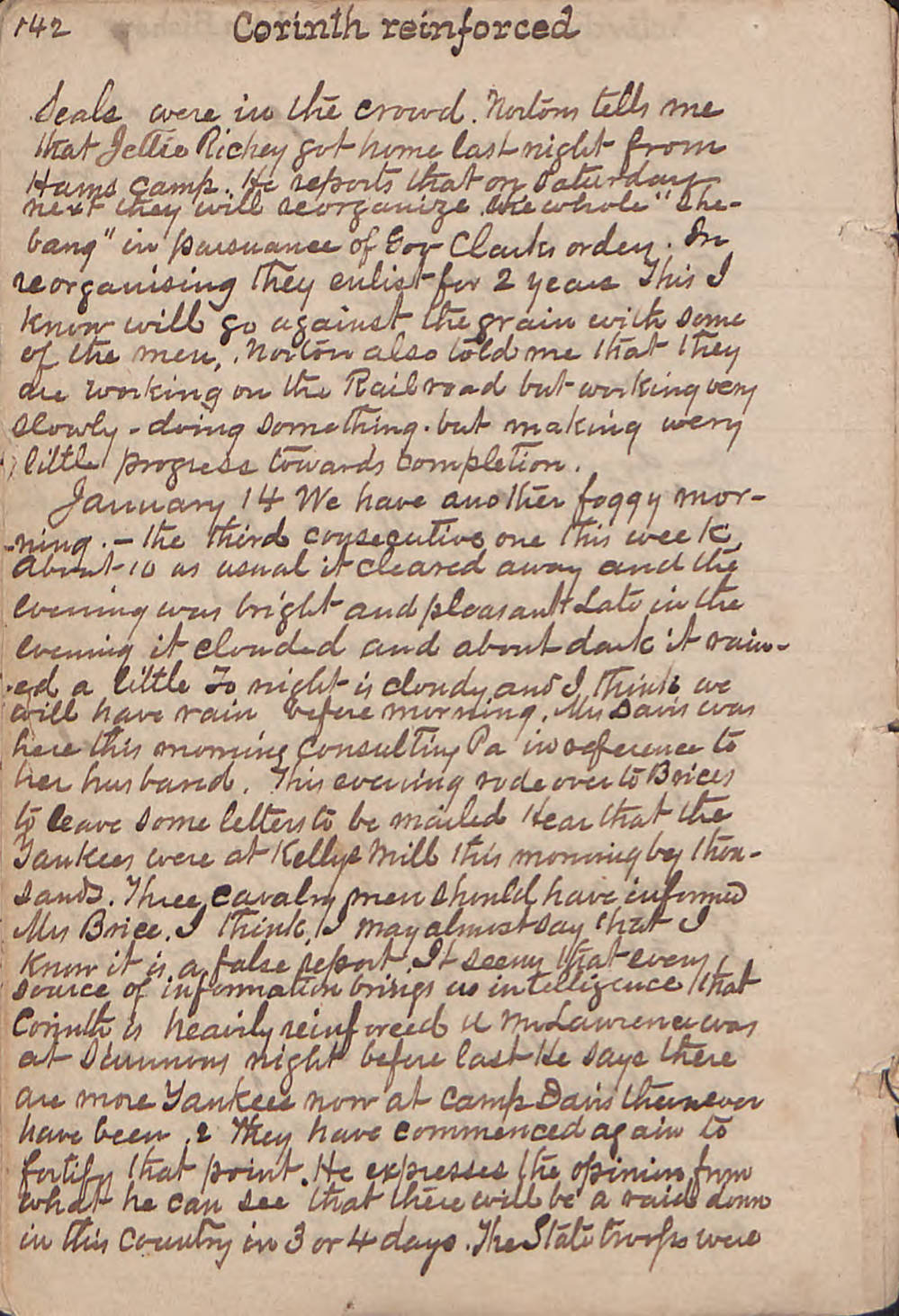 January 13 Foggy this morning. Rode over home after breakfast. The fog disappeared about 10 o’clock, and this evening has been clear and pleasant. Wrote a letter to Jno. F. Young this evening. A party of cavalry (Bogan’s men) called this evening at the gate. They are hunting John Bishop; Bish is undoubtedly a hard case. The conscriptors have apprehended him several times but he always manages to get away from them. He is a deserter from Orr’s Reg’t. He is a hard case undoubtedly. These men went on, I think they expect to watch for him tonight. Norton and

Seals were in the crowd. Norton tells me that Jettie Richey got home last night from Ham’s Camp. He reports that on Saturday next they will reorganize the whole “shebang” in pursuance of Gov. Clark’s orders. In reorganizing they enlist for 2 years. This I know will go against the grain with some of the men. Norton also told me that they are working on the Railroad but working very slowly, doing something, but making very little progress towards completion.

This entry was posted in Southern Historical Collection and tagged deserters, John Bishop, Samuel A. Agnew. Bookmark the permalink.