Item Description: In this diary entry of 23 March 1864, Kenneth Rayner Jones, then a lieutenant in the 27th North Carolina Regiment, described a snow fight between Cooke’s and Kirkland’s brigades. Twelve inches of snow had fallen the day before and the soldiers of the 27th first battled each other, then briefly engaged with the 46th before uniting with them to take on Kirkland’s brigade. 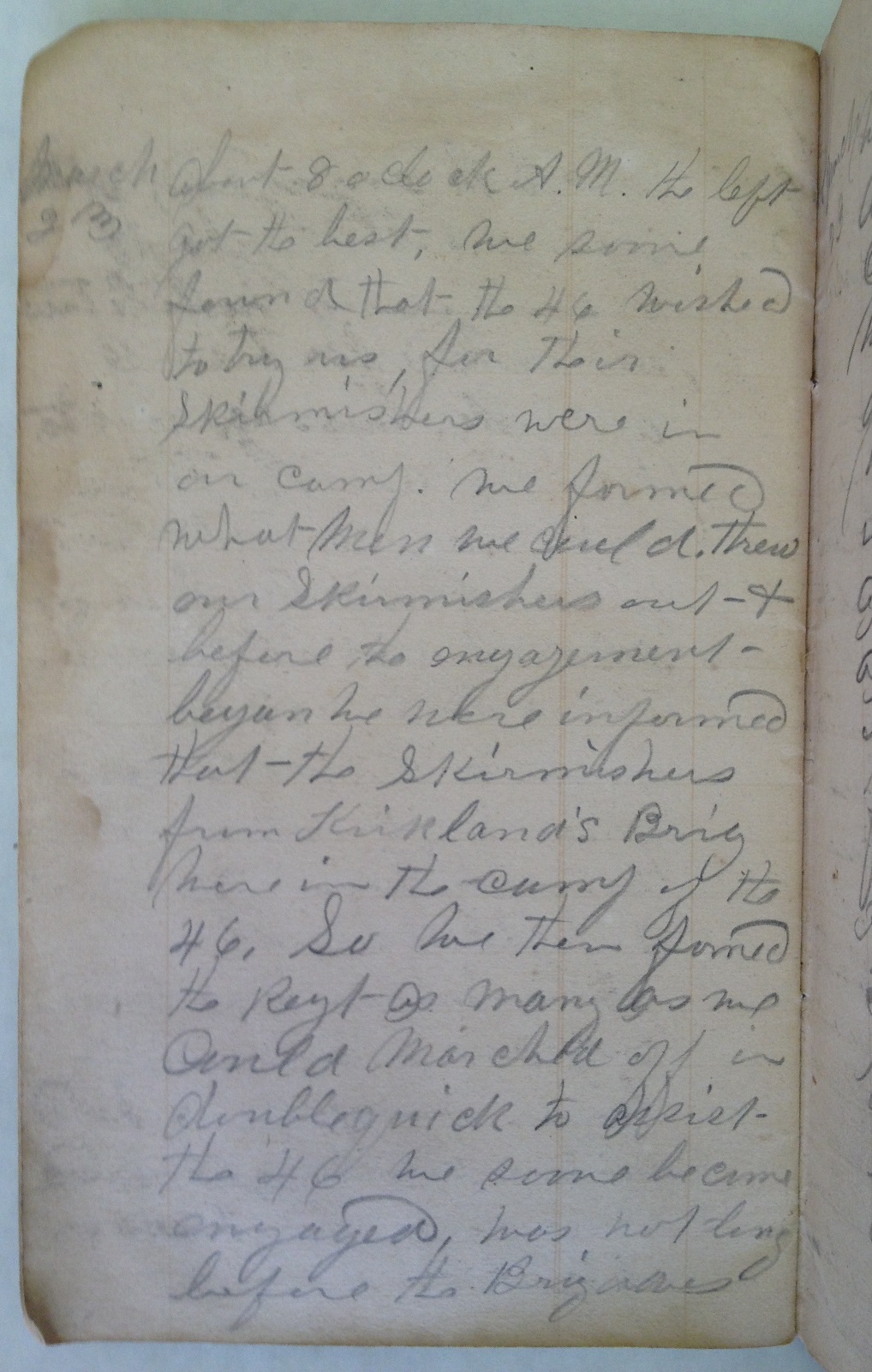 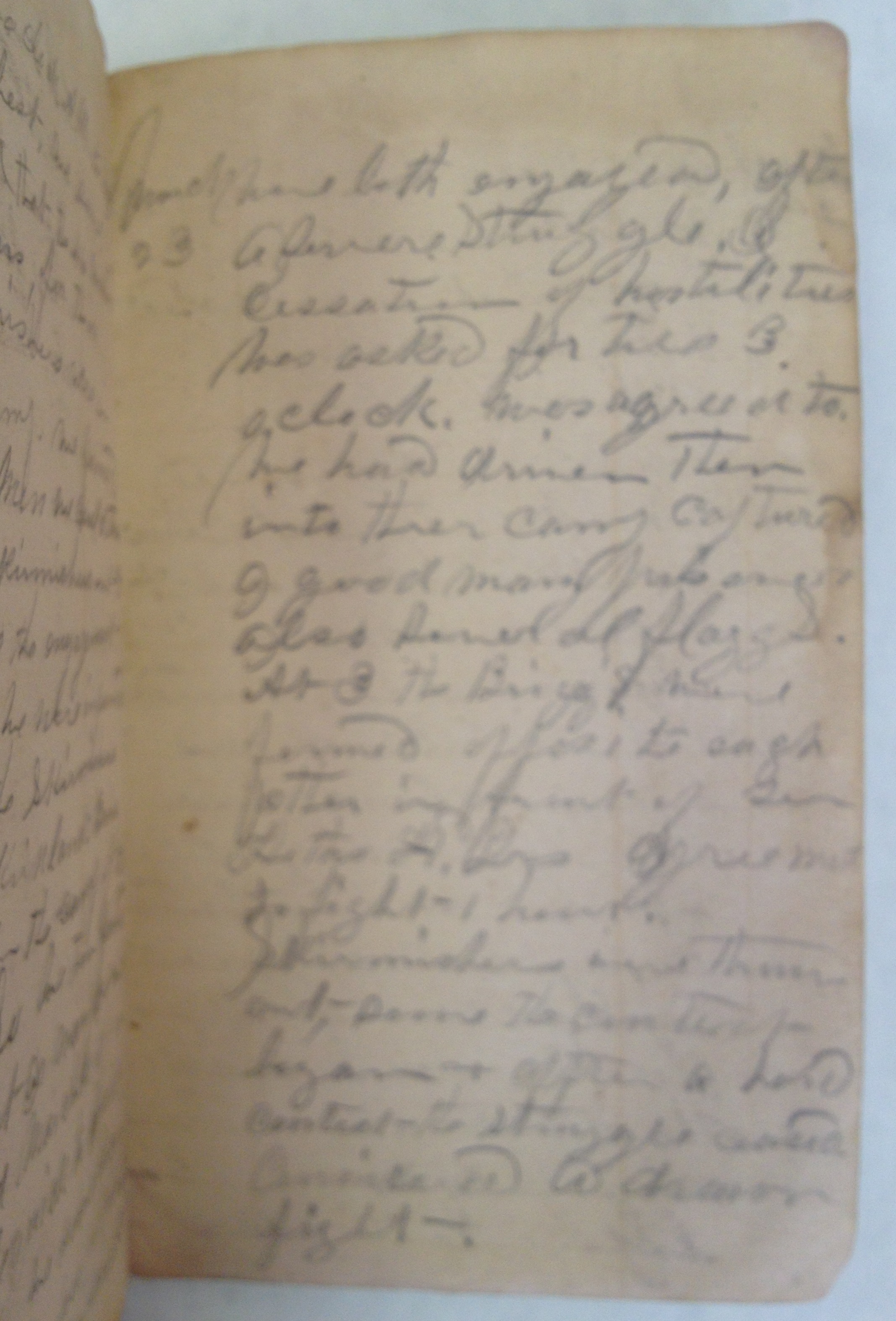 The right & left wings of the Reg. had a snow fight. About 8 o clock A. M. the left got the best. We soone found that the 46 wished to try us, for their skirmishers were in our camp. We formed what men we could, threw our skirmishers out & before the engagement began we were informed that the skirmishers from Kirkland’s Brig were in the camp of the 46. So we then formed the Regt as many as we could marched off in double quick to assist the 46 we soone became engaged, was not long before the Brigades were both engaged, after a severe struggle. A cessation of hostilities was asked for till 3 o clock was agreed to. We had driven them into their camp captured a good many prisoners also several flags. At 3 the Brigg’s were formed opposite each other in front of Gen Heths Hd. Qrs agreement to fight 1 hour. Skirmishers were thrown out, some 16 contests began & after a hard contest the struggle ceased. Considered a drawn fight.