Agnew grew up and attended college and seminary in Due West, S.C. In 1852, he moved to Mississippi, and thereafter lived in the northeastern part of the state, chiefly in Tippah and Lee counties, where he was an Associate Reformed Presbyterian minister, teacher, farmer, and prominent local citizen. Although Agnew did not actively serve in the Civil War, he resided in the area of operations of both armies. 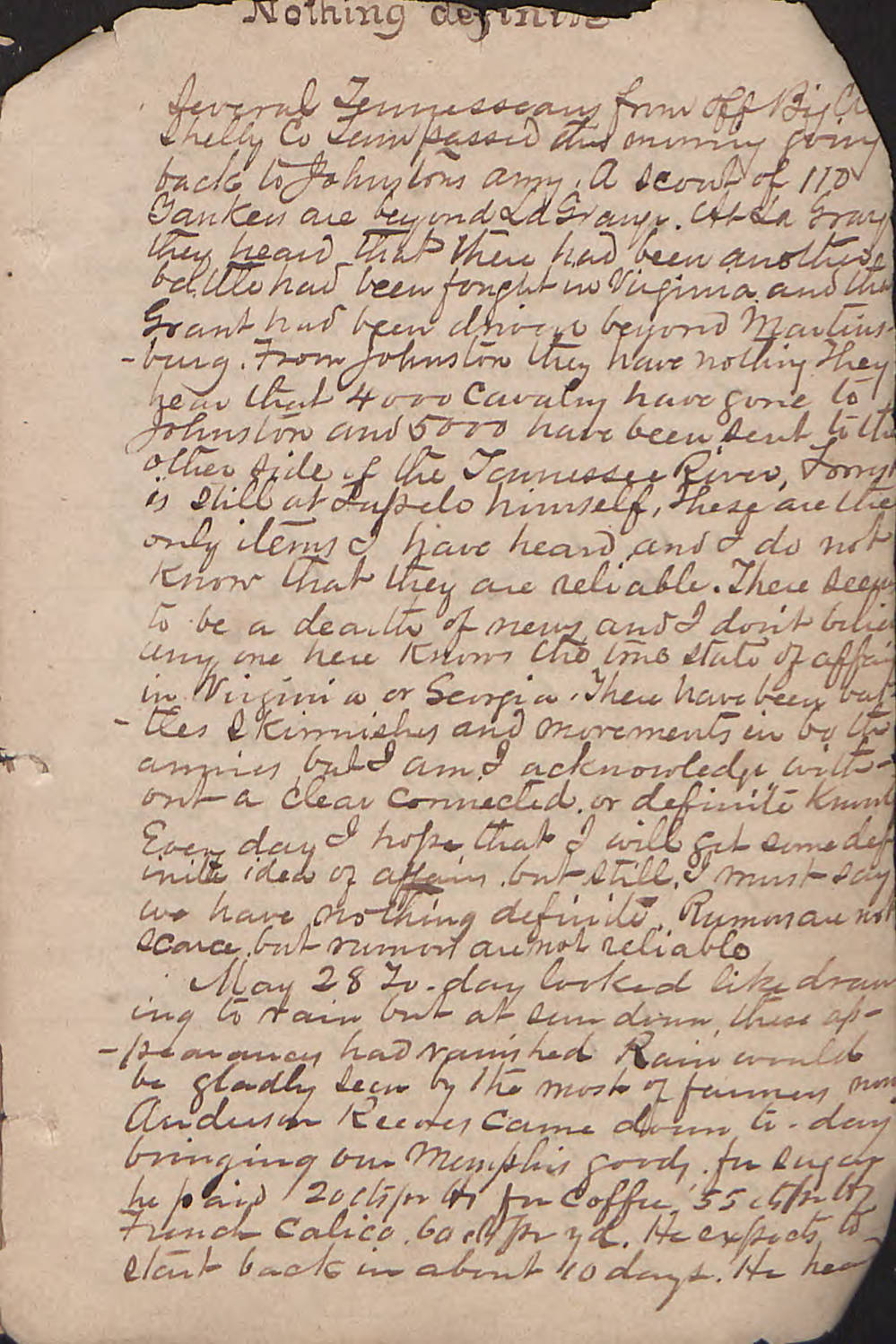 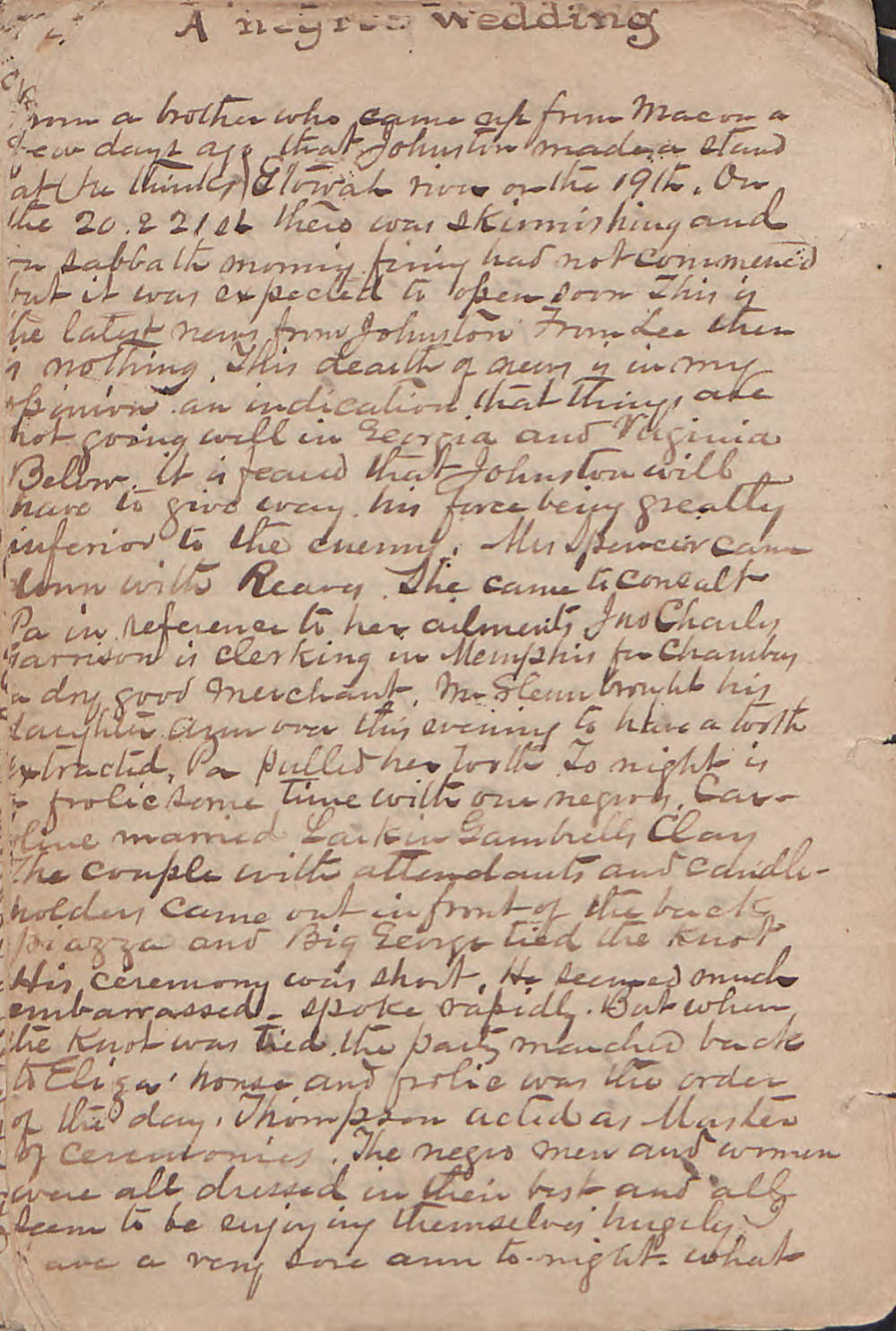 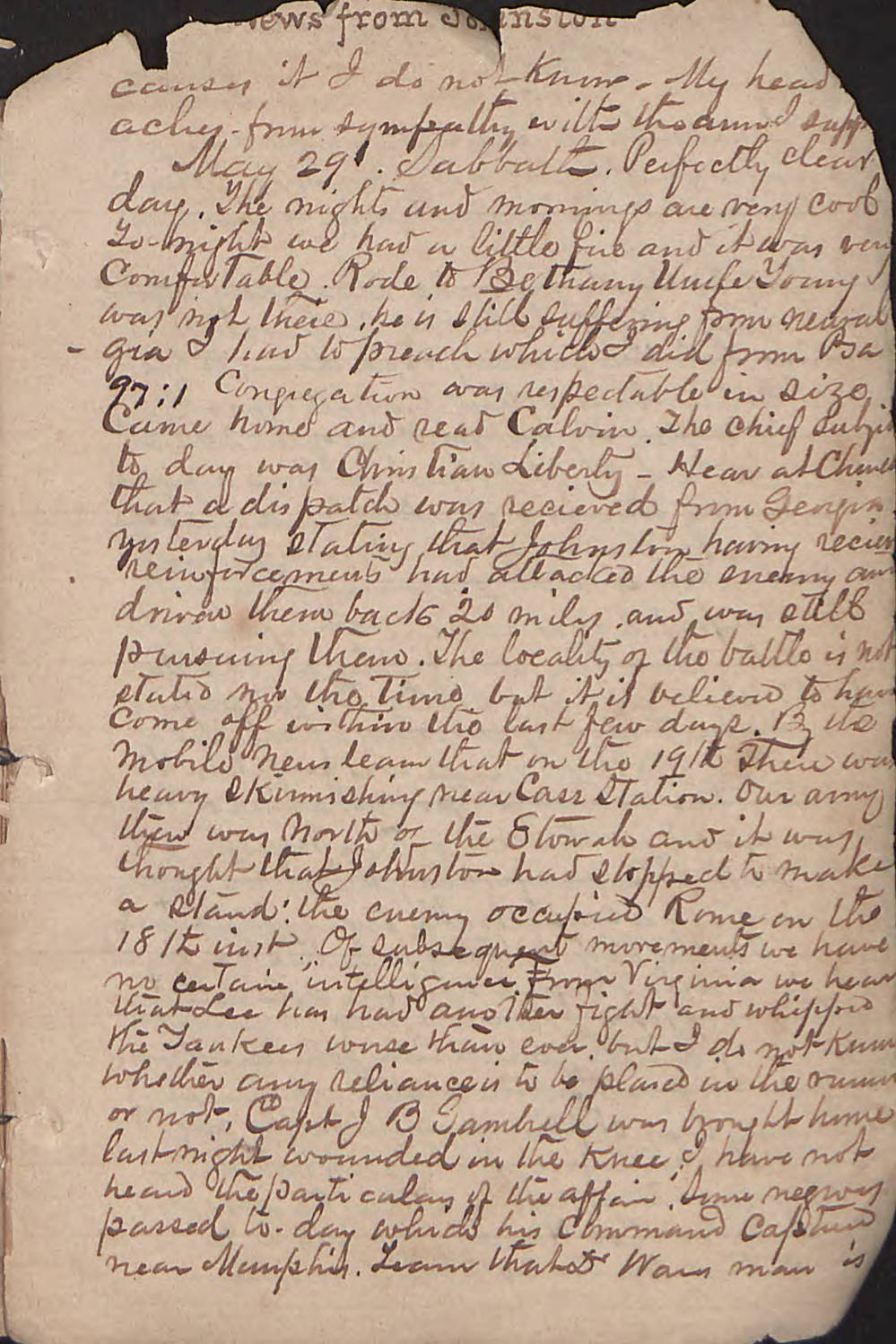 Today looked like drawing to rain but at sundown these appearances had vanished. Rain would be gladly seen by the most of farmers now. Anderson Reeves came down today bringing our Memphis goods, for sugar he paid 20 cts pr lb for coffee 55 cts pr lb, French calico .60 cts. pr yd. He expects to start back in about 10 days. He heard from a brother who came up from Macon a few days ago that Johnston made a stand at (he thinks) Etowah river on the 19th. On the 20 & 21st there was skirmishing and on sabbath morning firing had not commenced but it was expected to open soon. This is the latest news from Johnston. From Lee there is nothing. This dearth of news is in my opinion an indication that things are not going well in Georgia and Virginia. Below it is feared that Johnston will have to give way, his force being greatly inferior to the enemy.

Mrs. Spencer came down with Reeves. She came to consult Pa in reference to her ailments. Jno. Charles Garrison is clerking

in Memphis for Chambers, a dry goods merchant. Mr. Glenn brought his daughter Ann over this evening to have a tooth extracted, Pa pulled her tooth.

Tonight is a frolicsome time with our negroes. Caroline married Larkin Gambrell’s Clay. The couple with attendants and candle holders came out in front of the back piazza and Big George tied the knot. His ceremony was short. He seemed much embarrassed, spoke rapidly. But when the knot was tied the party marched back to Eliza’s house, and frolic was the order of the day. Thompson acted as master of ceremonies. The negro men and women were all dressed in their best and all seem to be enjoying themselves hugely.

I have a very sore arm tonight–what causes it I do not know. My head aches–from sympathy with the arm, I suppose.