22 April 1865 : “everything seems to indicate a speedy termination of the Confederacy & a restoration to the old state of affairs which though it is very humiliating to us still has its pleasant features” 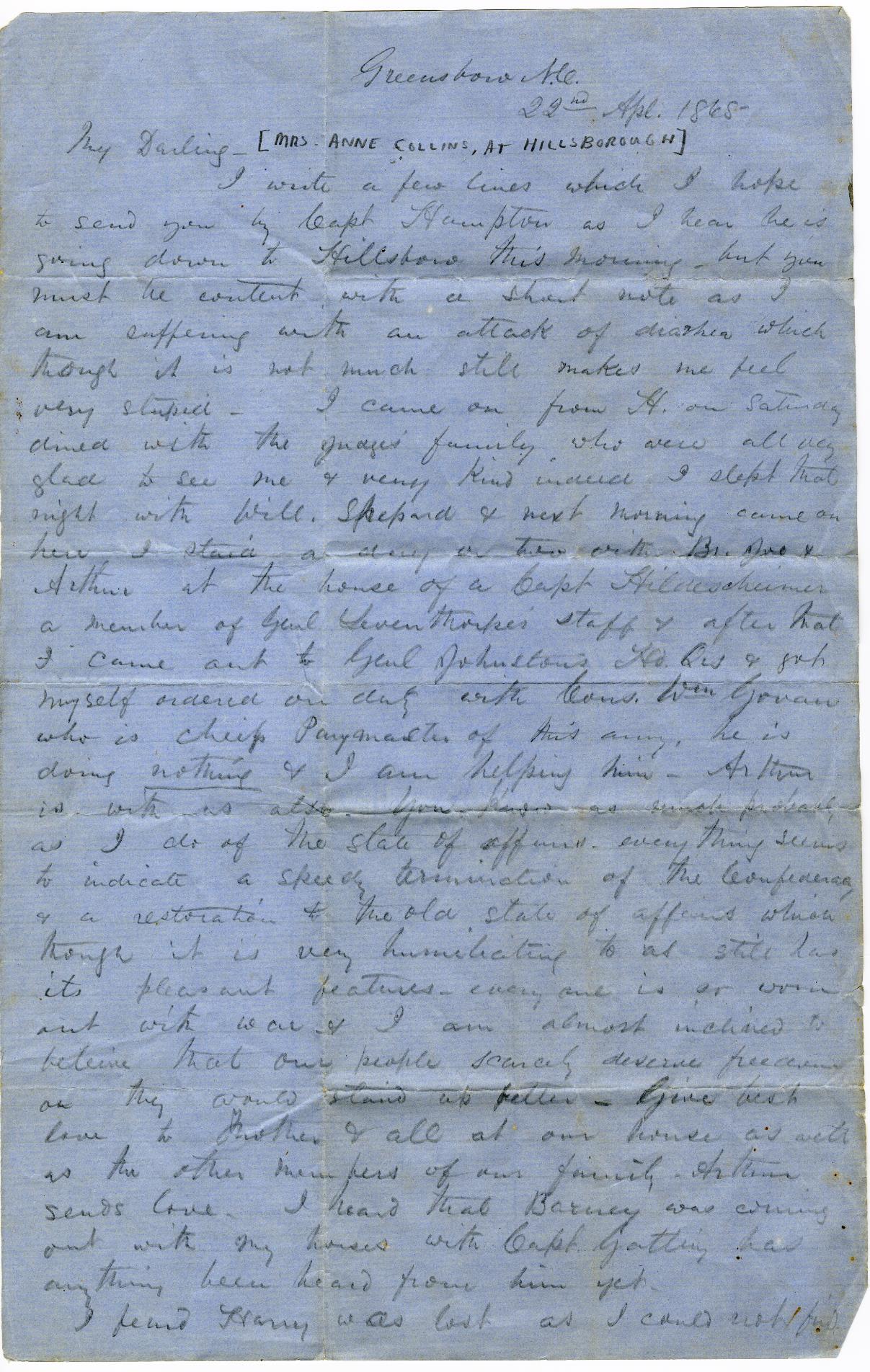 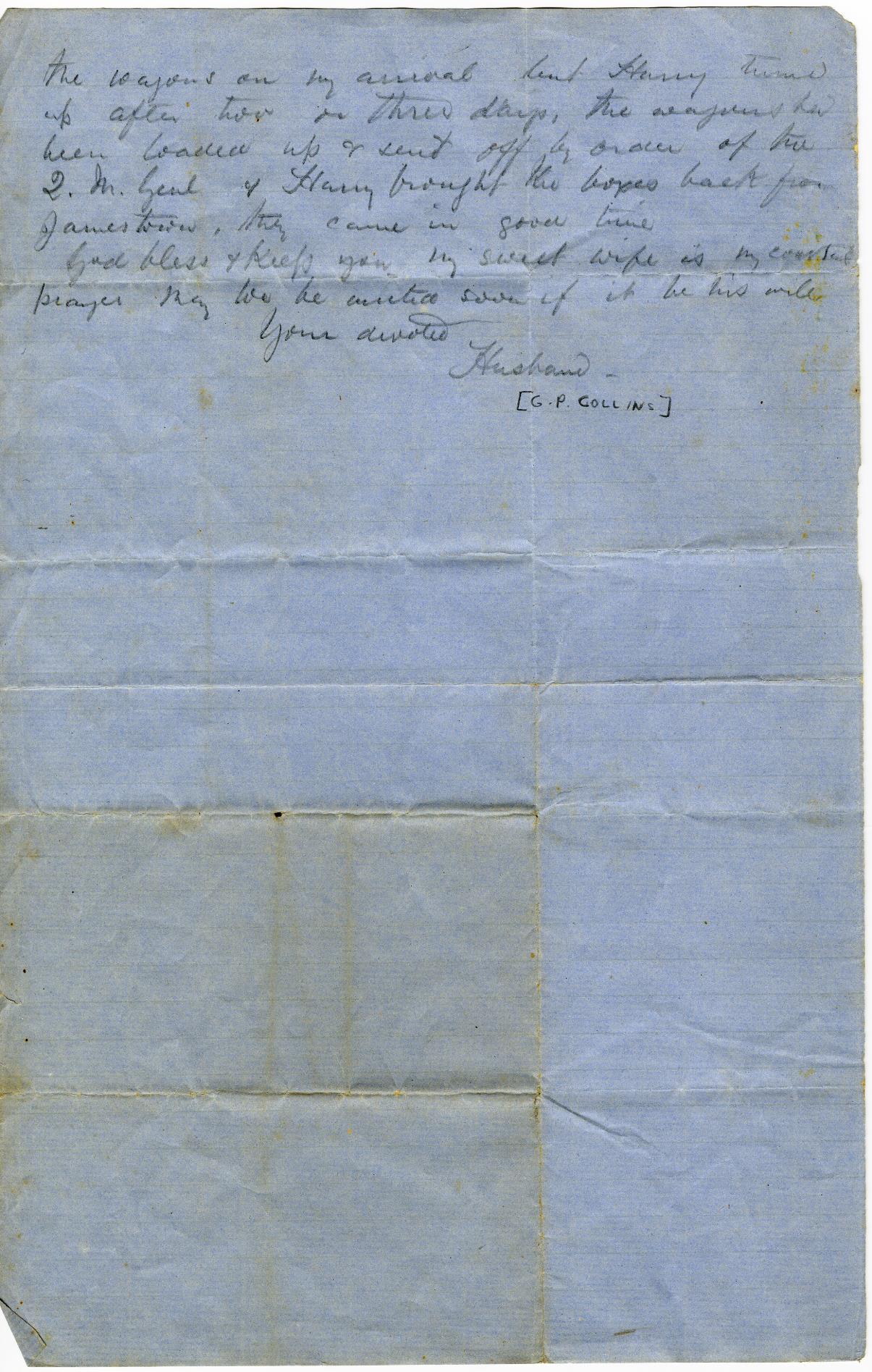 I write a few lines which I hope to send you by Capt Hampton as I hear he is going down to Hillsboro this morning, but you must be content with a short note as I am suffering with an attack of diarhea which though it is not much still makes me feel very stupid. I came on from H. on Saturday dined with the Judge’s family who were all very glad to see me & very kind indeed I slept with Will Shepard & next morning came on here I staid a day or two with B. Jn & Arthur at the house of a Capt Hildescheimer a member of Genl. Leventhorpe’s staff & after that I came out to Genl Johnstons Hd. Qrs & got myself ordered on duty with Cons. Wm Govan who is chief paymaster of this army, he is doing nothing & I am helping him. Arthur is with us also. You know as much probably as I do of the state of affairs- everything seems to indicate a speedy termination of the Confederacy & a restoration to the old state of affairs which though it is very humiliating to us still has its pleasant features- everyone is or worn out with war, & I am almost inclined to believe that our people scarcely deserve freedom as they would stand up better- Give best love to Mother & all at our house as well as the other members of our family. Arthur sends love. I heard that Barney was coming out with my horses with Capt Gatley has anything been beard from him yet.

I feard Harry was lost as I could not find the wagons on my arrival but Harry turned up after two or three days, the wagons had been loaded up & sent off by order of the Q. M. Genl & Harry brought the boxes back from Jamestown, they came in good time.