25 March 1862: “the Generall in Command (Gen Branch) gave orders when he retreated to burn the City & set fires in severall places but the people who did not leave got out the engines & put out the fires.”

Item description: This is the third in a series of four letters, which were written in 1862 by William B. Alexander to his wife Mary F. Alexander.  In this letter, Alexander writes describing his the wound he received during the Battle of New Bern on 14 March 1862, as well as his plans to obtain a discharge from the army and return home.  Alexander also discusses the response of the citizens of New Bern, N.C. to its occupation by the Union Army.

More about William B. Alexander:
William B. Alexander was born in Plymouth, Mass., around 1832. He worked as a carpenter in Boston before enlisting with the Union Army as a second lieutenant in Company B of the 3rd Massachusetts Infantry Regiment, April 1861. He mustered out in July 1861, but returned to service in December of that same year as a captain in the 23rd Massachusetts Infantry Regiment, Company E. On 8 February 1862, the 23rd participated in the Battle of Roanoke Island (N.C.), which ended in a Union victory. Shortly thereafter, he was wounded in the left arm while engaged in the Union capture of New Bern, N.C., 14 March 1862. On 28 December 1862, he resigned his post and joined his wife, Mary F. Alexander, and daughter, Ida, in Boston.  He died on 5 February 1900. 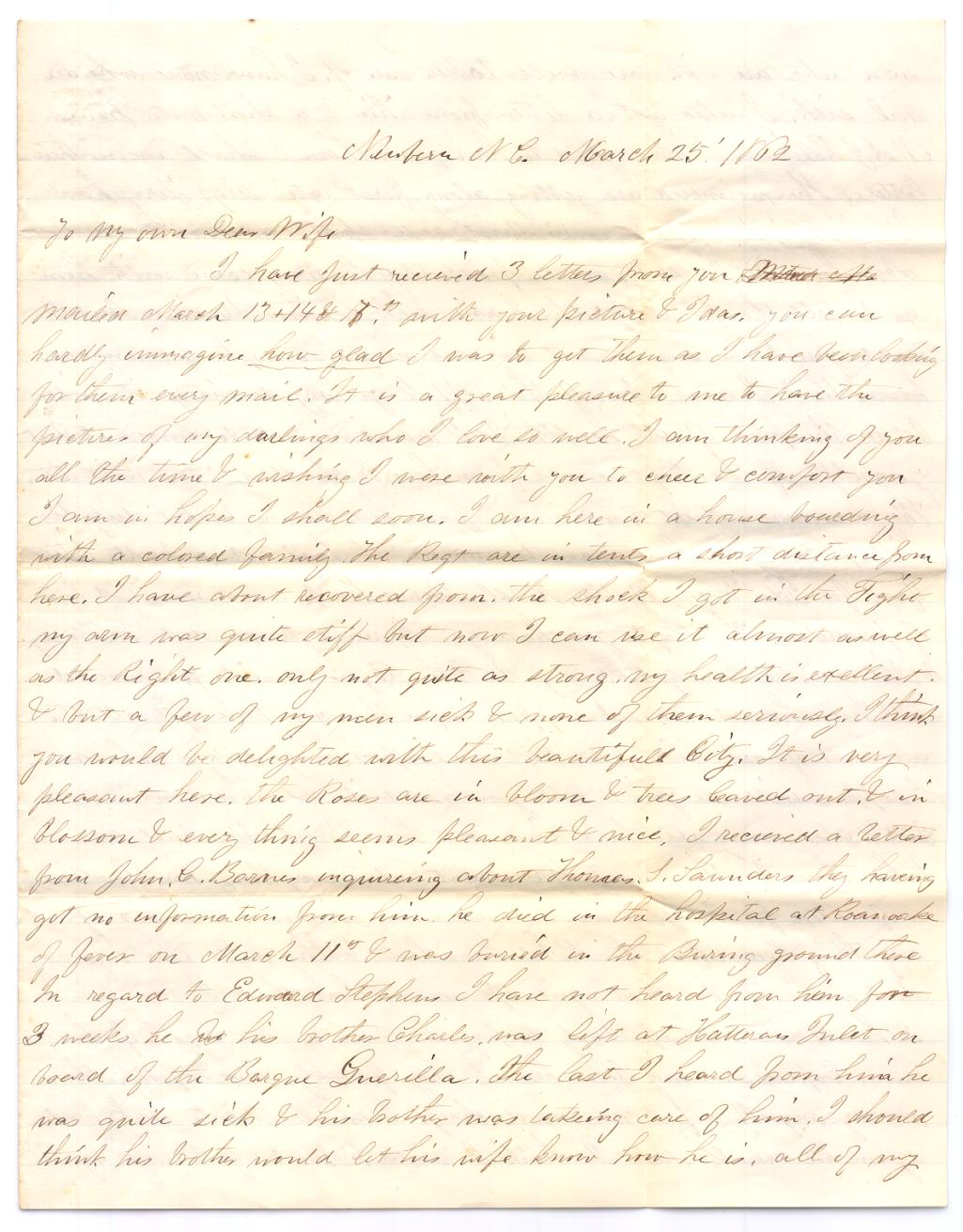 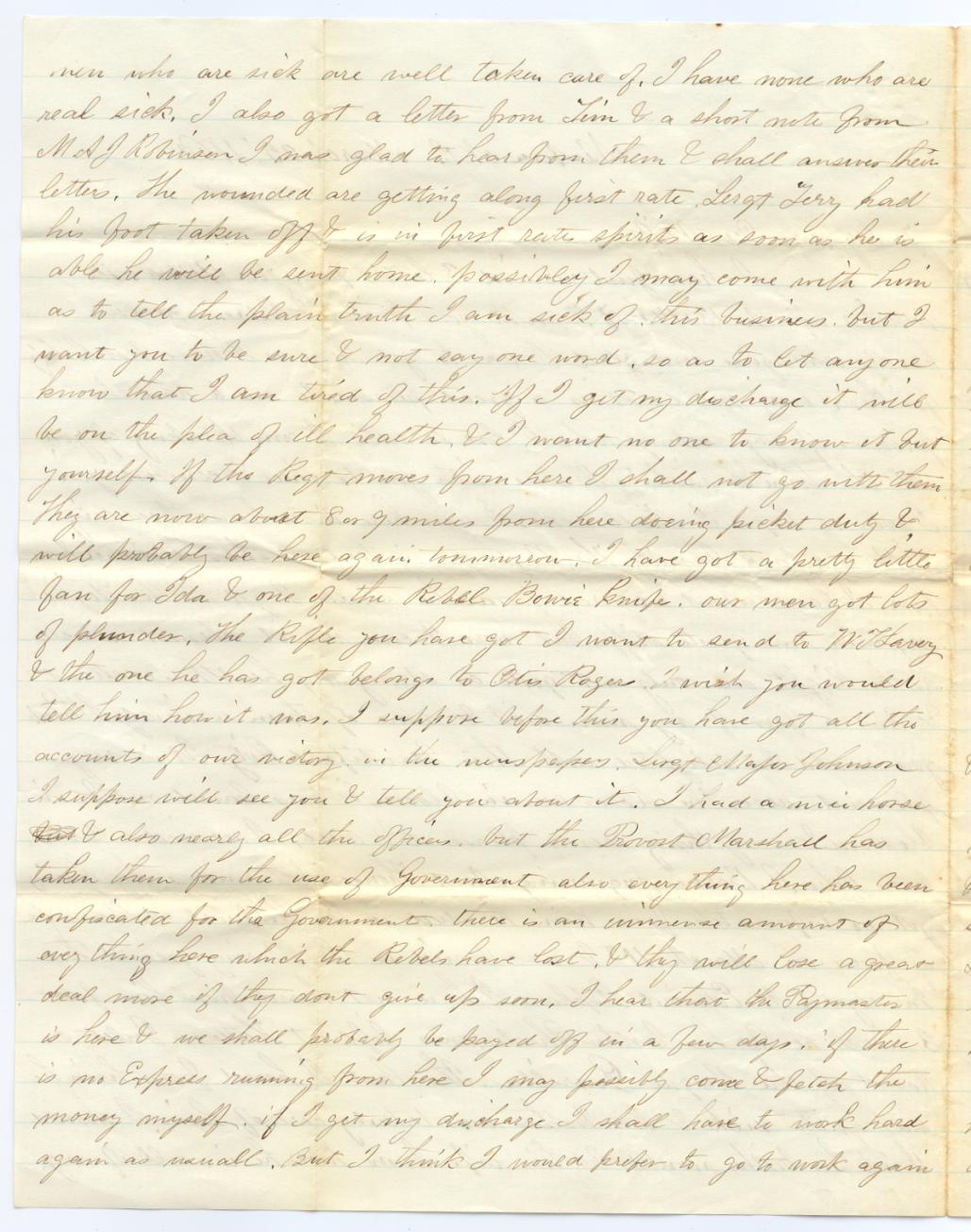 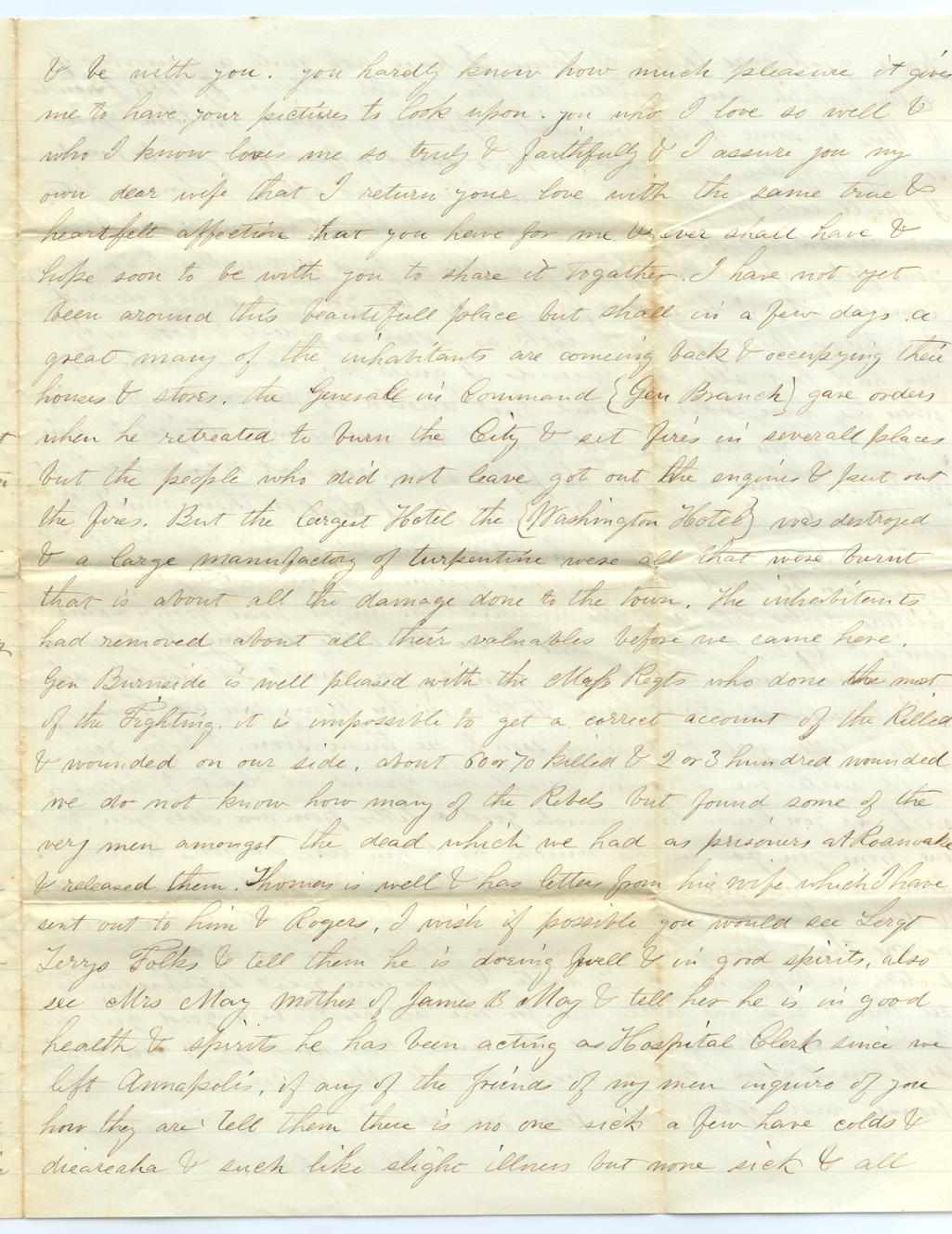 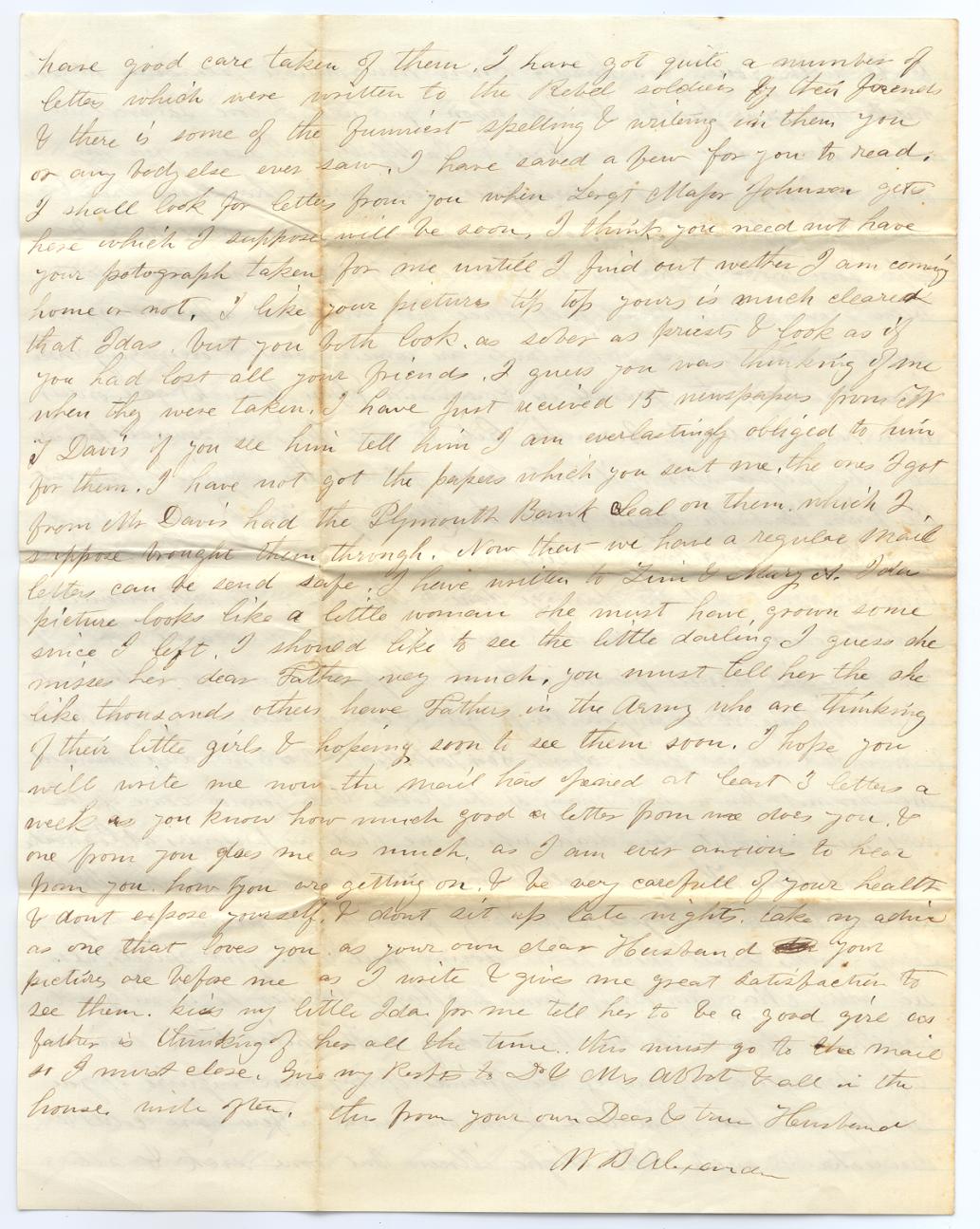 To my own Dear Wife