19 July 1863: “We had a separate Battle at a town called Gettysburg. Our Regt lost a hundred and ten men …”

Item description: Letter, dated 19 July 1863, from John Hundley to his wife Sally Hundley.  In this letter, Hundley describes his regiment’s march into Pennsylvania and retreat into Virginia following the battle of Gettysburg.  John Hundley served in Company C of the 21st North Carolina Infantry Regiment until his death from illness in August 1863, one month after the writing of this letter. 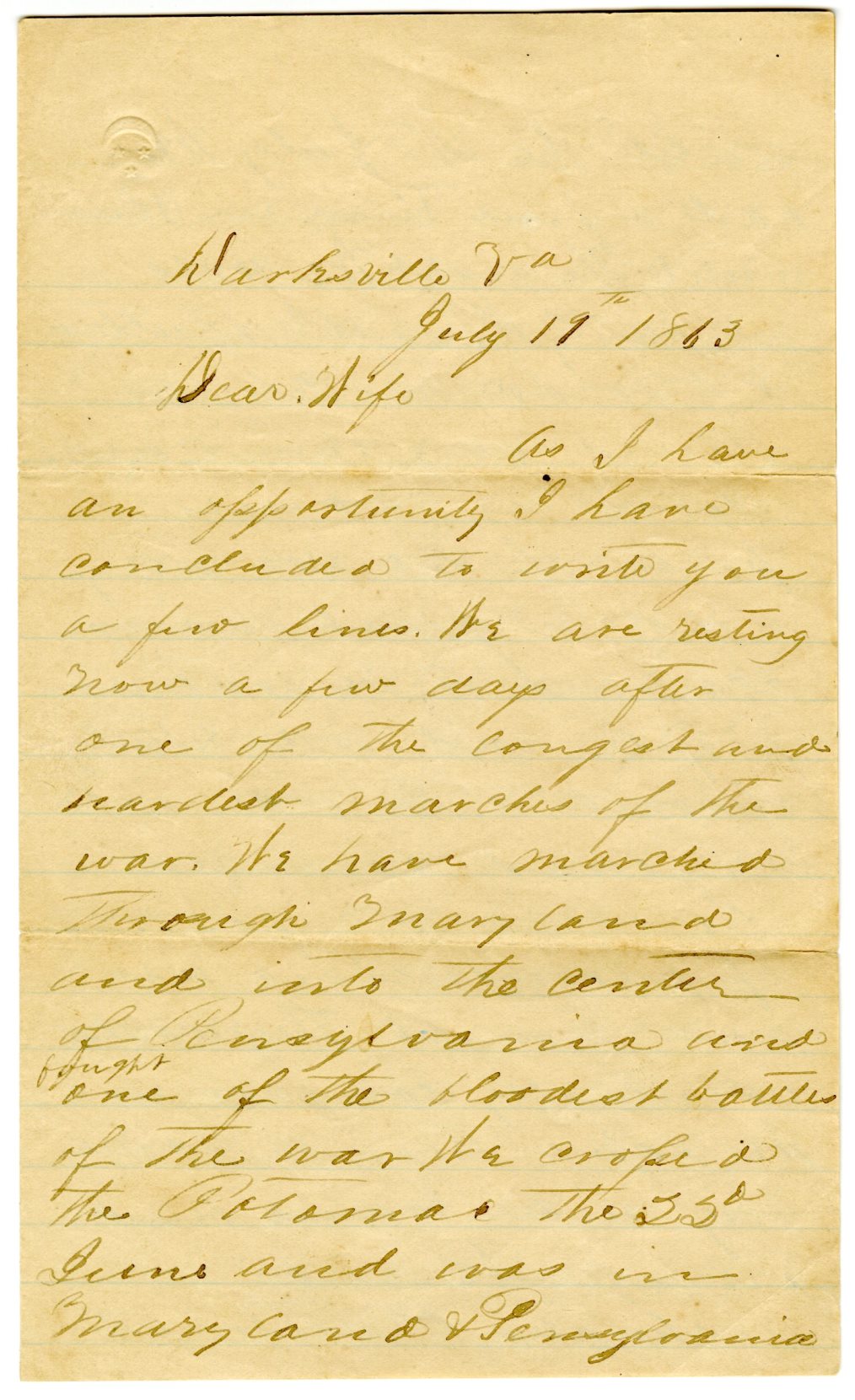 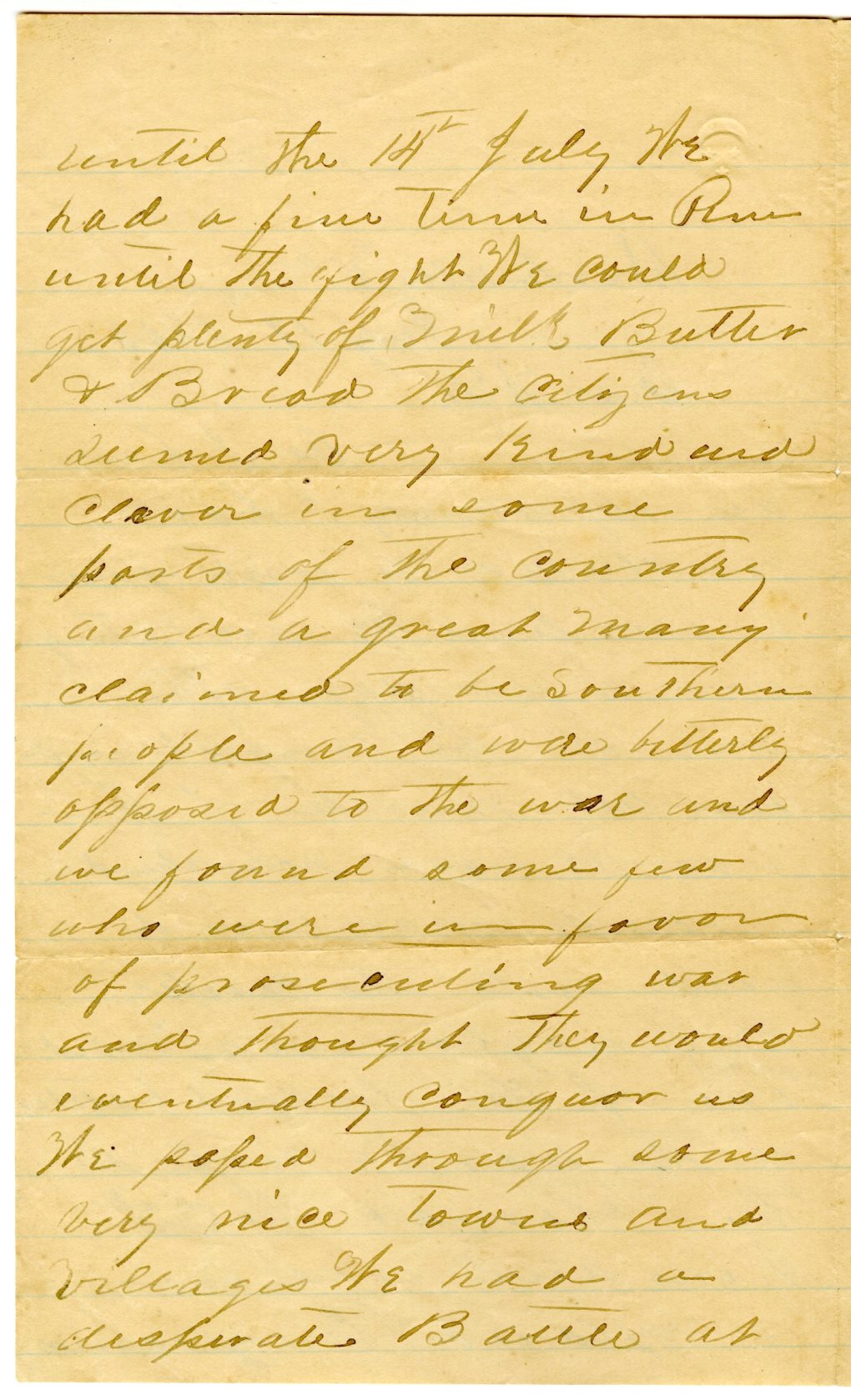 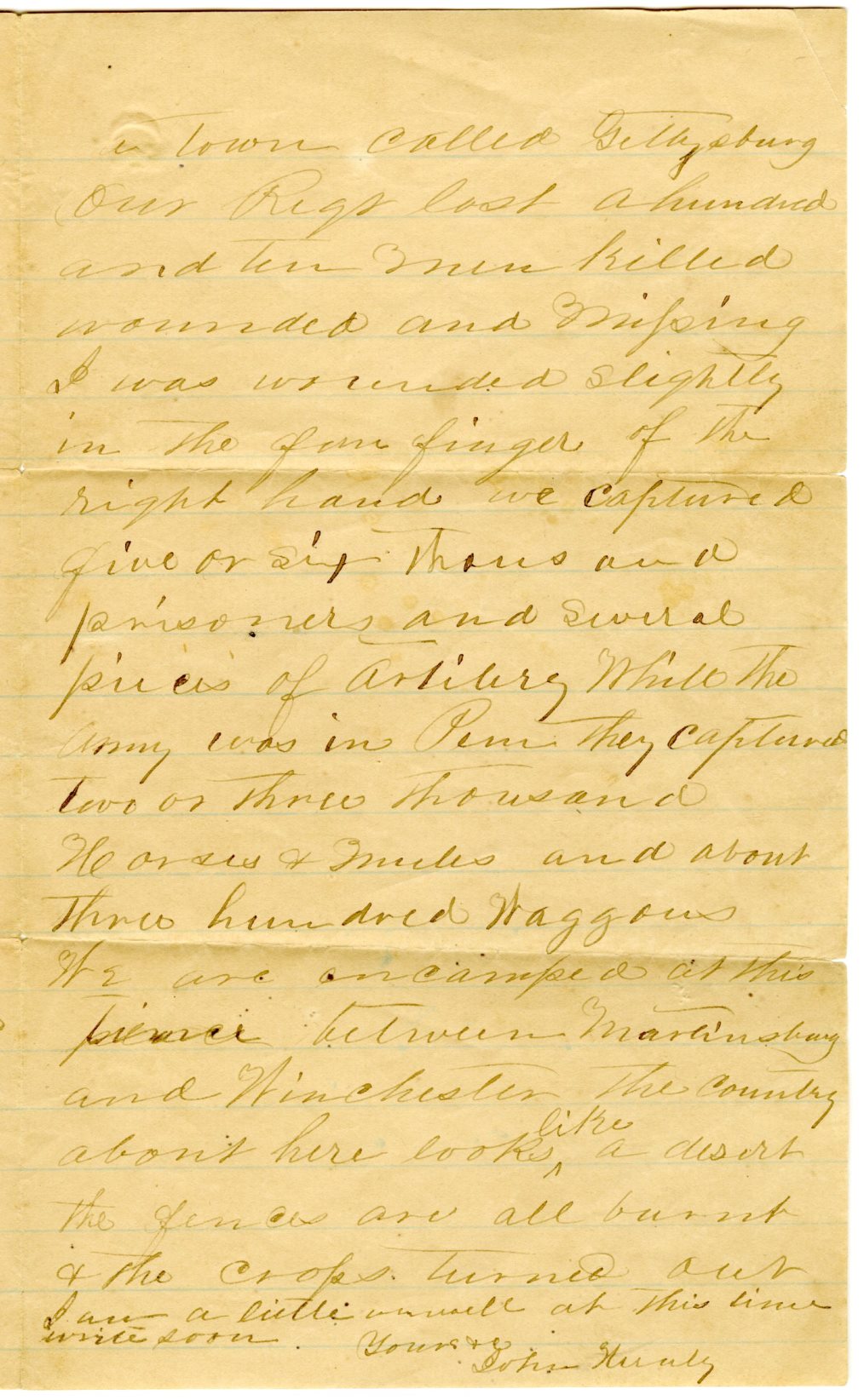 As I have an opportunity I have concluded to write you a few lines.  We are resting now a few days after one of the longest and hardest marches of the war.  We have marched through Maryland and into the center of Pennsylvania and fought one of the bloodiest battles of the war.  We crossed the Potomac the 25th June and was in Maryland & Pennsylvania until the 14th July.  We had a fine tie in Penn before the fight.  We could get plenty of milk, Butter & Bread.  The citizens seemed very kind and clever in some parts of the country and a great many claimed to be Southern people and were bitterly opposed to the war and we found some few who were in favor of prosecuting war and thought they would eventually conquer us.  We passed through some very nice towns and villages.  We had a separate Battle at a town called Gettysburg. Our Regt lost a hundred and ten men killed wounded and missing.  I was wounded slightly in the [fore?] finger of the right hand we captured five or six thousand prisoners and several pieces of artillery. While the army was in Penn they captured two or three thousand horses & mules and about three hundred waggons.  We are encamped at this time between Martinsburg and Winchester the country about here looks like a desert the fences are all burnt & the crops turned out. I am a little unwell at this time write soon.