11 September 1863: “For mens passions when once aroused to such heights as these are seldom appeased without bloodshed and revenge.”

Posted on 11 Sep ’13 by Biff Hollingsworth

Item Description: Diary entry of 11 September 1863.  David Schenk writes of dissension, disloyalty, and “Civil War” within North Carolina.  He described a small revolt north of Statesville, the “Tories” of Raleigh, and the looming problems in the State’s Western Counties.  He is worried. 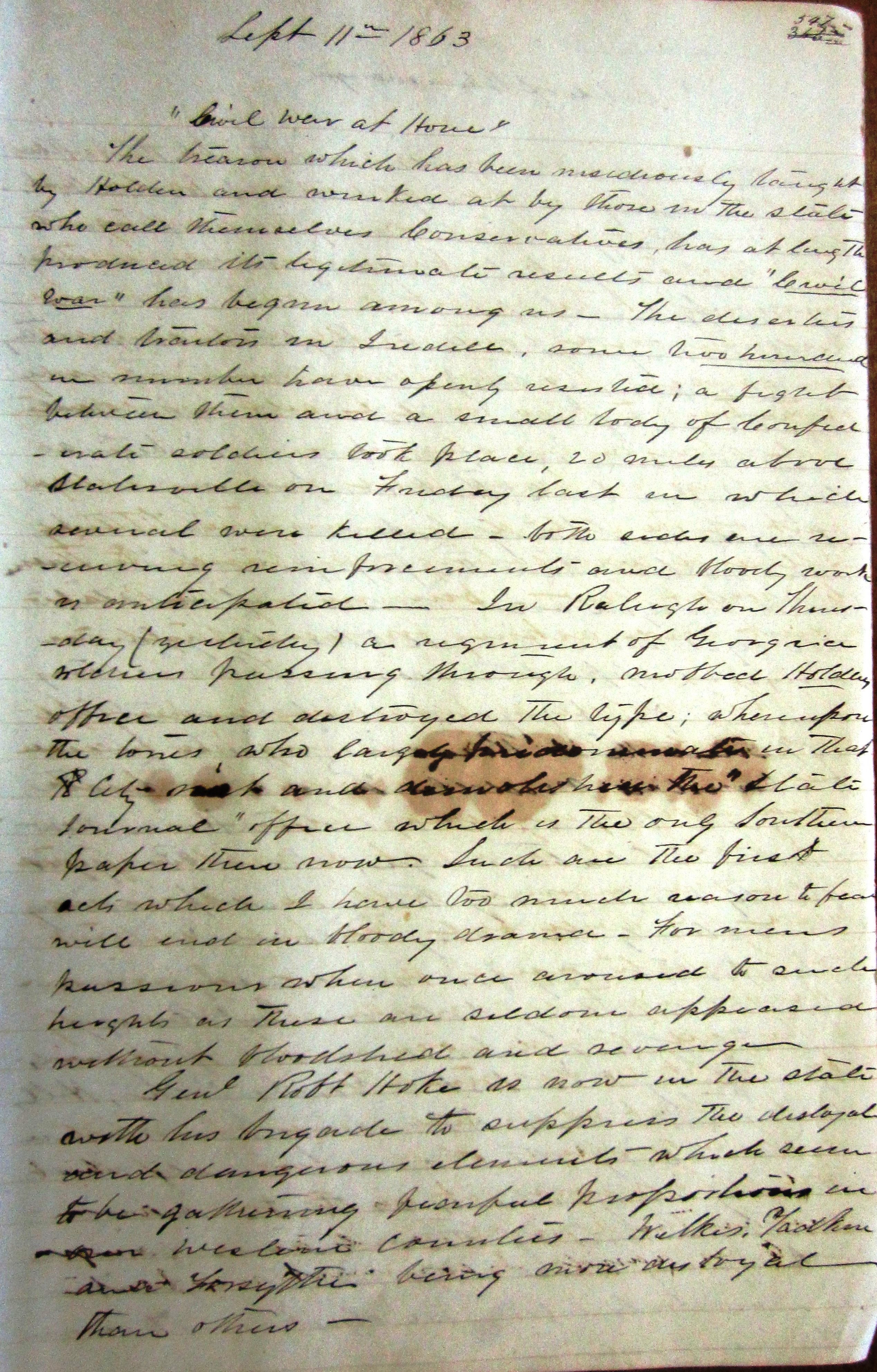 The treason which has been insidiously taught by Holden and winked at by those in the State who call themselves Conservatives, has at length produced its legitimate results and “Civil War” has begun among us.  The deserters and traitors in Iredell, some two hundred in number, have openly resisted; a fight between them and a small body of Confederate soldiers took place 20 miles above Statesville on Friday last in which several were killed – both sides are receiving reinforcements and bloody work is anticipated.

In Raleigh on Thursday (yesterday) a regiment of Georgia soldiers passing through mobbed Holden’s office and destroyed the type; whereupon the tories, who largely predominate in that city, met and demolished  the “State Journal” office which is the only Southern Paper there now.  Such are the first acts which I have too much reason to fear will end in bloody drama.  For mens passions when once aroused to such heights as these are seldom appeased without bloodshed and revenge.

Gen’l Robt Hoke is now in the state with his brigade to suppress the disloyal and dangerous elements which seem to be gathering fearful proportions in our Western counties, -Wilkes, Yadkin and Forsythe being more disloyal than others —

One Response to 11 September 1863: “For mens passions when once aroused to such heights as these are seldom appeased without bloodshed and revenge.”