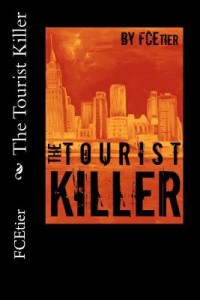 Now that she’s approaching retirement, Claudia Barry is reconsidering her career path. Even in her early sixties, Claudia remains in sharp shape, both of body and mind. A profession like Claudia’s demands that she stays ahead of all possible curves. Mistakes are not permissible. Morals need to be set aside. And a social life isn’t an option; the hours are long and the role requires a discreet personality. But the job pays well. The life of a professional assassin isn’t easy, that’s for sure.

This last kill is routine for Claudia. But she wonders if her professional legacy, 37 – going on 38 – kills, was worth the cost. Without her work, her self-styled isolation leaves her disconnected from the rest of the world. She wears and sheds different identities at the drop of a hat, but her own identity is stunted. She has no attachments, save two equally enigmatic men who drift in and out her life; one is a mysterious mentor of sorts and the other is a former FBI agent. Her sudden self-reflection forces Claudia to confront uncomfortable questions with unclear answers. When, or if, Claudia leaves her job, what is there for her to return home to after all these years?

First-time novelist F.C. Etier cultivates an intriguing character in Claudia. The book opens with a memorable and unusual scene: a female assassin observing her assigned prey, a female serial killer. Etier writes from a removed third-person perspective, zoomed out to capture a host of distinctive characters. Although his writing is thick with authenticating details, the story is told at a fast pace. This is an action-driven work with brisk chapters that never slow down. Interspersed between the chapters are seven brief non-sequential flashbacks that provide insight into Claudia’s past and explain the choices that led her into her line of work. These flashbacks emphasize Claudia’s irresolution as she approaches her final assignment.

Her target is Brian Farrell, the CEO of the ITTA Corporation, an amoebic conglomerate headquartered in London. Farrell is a quintessential power-hungry bad guy. Like many of Claudia’s targets, it isn’t difficult to want Farrell dead. Anyone that did take Farrell out would probably not suffer from a guilty conscience for long.  Meanwhile, Farrell, in his quest for expansion, is eager to eliminate his major opponent, Julian Thibaut. Thibaut is a self-made billionaire and charming Southern gentleman with a knack for sales and financial investments. Etier develops a subplot with Thibaut driven by conspiracies and social-political commentary on the One Percent.