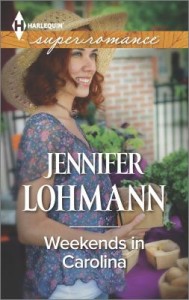 Following the death of his father, Hank, Trey Harris is left with the family farm located in Durham, North Carolina. He never expected his father to overcome his prejudices and leave the farm to Trey’s gay brother, Kelly, but Trey had hoped their father would sell the farm before he keeled over and forced this burden upon Trey. Planning to sell the farm to the highest bidder, Trey is stunned to discover that his father’s farmer, Max Backstrom, is actually a woman. Soon Trey can’t keep his mind off of what it would be like to kiss Max. How can he want to start something with this woman who can’t separate herself from the farm–the same farm that Trey did everything he could to escape from? Trey has a great job in D.C. with no reason to ever come back to North Carolina. Well, no reason until gay marriage becomes legal and Kelly gets hitched. Then again, who knows if that will ever happen. Continuing to be Max’s landlord would force Trey to visit North Carolina, and the temptation to get involved with this lovely tenant would only grow stronger. This is something Trey just can’t risk.

Maxine “Max” Backstrom grew up on a big farm in Illinois, but Max has always been one for the small farm life. So, after her parents got divorced and her mom moved to Asheville, North Carolina, Max found an ad for a farmer in Durham and packed up her bags. Max had a three-year lease agreement with Hank Harris detailing that she would buy the farm after these three years were up. When Hank dies before the three years are over, the problem is that the agreement was a spoken one and Max doesn’t know if Hank ever put it down on paper. Faced with Hank’s son Trey, who has always hated the farm and just wants to get rid of it, Max is unsure if she’ll even have a farm to work next year. Max either can use all of her savings to buy the farm, or let Trey sell to a developer. If she doesn’t buy, Max will have to start the search for a new farm and lose all of her crops. If she buys the farm and then a tractor breaks down or it’s a bad crop year, Max won’t have any funds to fall back on. All of this, coupled with the fact that she’s discovering that Trey Harris is a man she could fall in love with, might be the undoing of Max’s well-laid plans.

Trey Harris is a country boy who just wants to get lost in the city life. Max Backstrom is a farmer who knows taking risks can lead to losing it all. When their lives become intertwined, both recognize the passion between them waiting to be ignited. Is Max willing to take the risk on buying the farm and/or on a relationship with Trey? Will Trey be able to embrace his down-home roots?