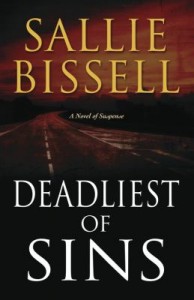 A simple runaway or a more sinister case of kidnapping? Sixteen year-old Samantha Buchanan was last seen driving home late one night from a babysitting job. Her stepfather Gudger’s car was found on the side of Highway 74 with the keys in the ignition and Samantha’s wallet and purse inside the car. But there was no trace of Samantha and no sign of a struggle that would indicate her disappearance as foul play. Campbell County cops are sure that Samantha must have run off with her boyfriend. Gudger, ex-military and a former cop, close with his fellow officers, has supported this conclusion. Samantha’s younger brother Chase is driven by his intuition that Samantha didn’t intentionally flee from their rural town, bordering Charlotte and Gastonia. He’s convinced that Sam was targeted and taken, and he has an awful feeling that Grudger was somehow involved.

Meanwhile, at the whim of North Carolina governor Ann Chandler, special prosecutor Mary Crow finds herself temporarily and involuntarily reassigned to Campbell County. The governor wants Mary to investigate the recent murder of Brandon Taylor, a young gay man who was brutally beaten and his body dumped in the county. One year earlier, another gay man was found murdered in a nearby county. Governor Chandler believes that the infamous Reverend Trull might have some connection to the attacks – or at least, she would like to believe so. A video of one of Reverend Trull’s homophobic sermons, proclaiming that gays and lesbians should be separated and contained, has gone viral on YouTube. Ever since, the governor has struggled in negotiations to bring businesses to the state. She’s concerned about an upcoming meeting with Ecotron Corporation, a company that could offer 500 new jobs to Campbell County. With Reverend Trull in the headlines, Governor Chandler is worried that he will scare off their best chance to improve the county’s deplorable ten percent unemployment rate. She hopes to mitigate Reverend Trull’s extreme sermons and high-profile with the assurance that special prosecutor Mary Crow is examining traces of homophobic conspiracies down in Campbell County.

Mary isn’t interested in digging through the Taylor case – especially since she’s sure the local DAs will feel threatened by her presence, encroaching on their turf – and she is less certain than Governor Chandler that a case can be brought against Reverend Trull. Hateful though his words may be, his sermons are still protected speech. As the Governor’s special prosecutor though, she’s prepared to fulfill her obligations. Before Mary departs, she discovers Chase Buchanan sitting on her doorstep. He managed to hitch a ride on a peach truck from Campbell County to Asheville. After reading Mary’s name in the Campbell County Clarion, he is set on seeking out Mary. Chase implores Mary to track down his missing sister. He fills her in on all the details of Samantha’s disappearance. However, Mary again is skeptical; she appreciate Chase’s concern about his sister, but from her outside viewpoint, her instinct tells her that Sam escaped from a dead-end town and a lousy stepfather.

But Mary ought to tread with caution. There’s a nickname for Highway 74: la carretera del dolor, “the road of sorrows.” The area’s Latino population named it such because “it carries them far from home to a lot of hard work and pain.” There’s something darker than she expects linked to Highway 74 and Campbell County. She better keep her wits sharp, lest she fall prey to the disturbing truth herself.

Sallie Bissell writes another gripping thriller for her Mary Crow series. Deadliest of Sins is the sixth book in the series, and like the first five, it covers some hard territory. Read about Bissell’s other novels in past blog posts here. Mary Crow is a tough, level-headed protagonist with plenty of moxie, and the plot lines are reminiscent of cases you might see on Law & Order, and its spinoffs, Special Victims Unit and Criminal Intent. Readers who favor suspense and mystery are sure to get hooked on Mary Crow, but they might be haunted by the fictionalized events that seem all too real in Bissell’s unflinching reflection of the dark side of human nature and its rapacious hunger for flesh and profit. 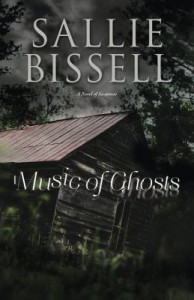 Sallie Bissell has returned with another Mary Crow thriller. In this installment, Lisa Wilson, the college-aged daughter of a previous North Carolina governor is mutilated and murdered after she and a group of summer interns venture into the woods to spend the night in the fabled Fiddlesticks cabin. The cabin is known throughout Pisgah County for its grisly past. Fiddlesticks murdered his wife and the man he found her with and then played his fiddle over their bodies. Before her death, Lisa is lured by the sound of fiddle music.

Once news of the murder spreads, Sheriff Jerry Cochran puts his plans to propose to his girlfriend, reporter Ginger Malloy, on hold. Cochran tries to keep the sordid details hushed, yet predictably photos are leaked. The media, including his girlfriend Ginger, places Cochran in a difficult position. If that isn’t enough, the victim’s father, former Governor Wilson journeys to Pisgah County to bully Cochran personally into hunting down the killer–and fast.

Fingers point quickly to Nick Stratton, Lisa Wilson’s boss. He asks Mary to take his case, despite all the incriminating evidence against him. But Mary is torn. Since her boyfriend Jonathan Walkingstick’s daughter Lily has returned from a court-ordered visit with her maternal grandparents, she has seemed distrustful and confused. Then Jonathan receives notice that Lily’s maternal grandparents intend to fight him for custody. Amidst the murder, the media frenzy, and a custody battle about to gear up, Mary is overwhelmed. Although Jonathan has requested that Mary not take on any criminal cases, she wants to help Stratton.

Will she take the case? Is Stratton guilty, or is there still a killer roaming free in the forest? Bissell has crafted a story full of surprise twists and plenty of tension that will leave readers on baited breath.  Given the plot, readers will not be surprised that the novel contains scenes of violence and gore, and crude language.

Atlanta prosecutor Mary Crow is in the middle of a heart-wrenching child abuse/child pornography case when she is informed that her infant goddaughter has been abducted. The call sends her to a Cherokee gathering in Tennessee and into the woods after the perpetrator. The kidnapping is not a random event, but rather an attempt by Mary’s nemesis to lure her to her death. Although most of the novel is set on the Tennessee section of the Trail of Tears, Mary’s North Carolina hometown, the fictional Little Jump Off, makes an appearance.

Comments Off on Sallie Bissell. Call the Devil By His Oldest Name. New York: Bantam Dell, 2004.

Prosecutor Mary Crow’s trip to the mountains with her two college friends was supposed to be a celebration; she has just won her sixth murder case in a row. The plan was to stop in her childhood hometown of Jump Off, NC and then hike and camp for two days in the Nantahala National Forest. Their plan quickly goes awry. The women face two very different men who are intent upon hurting or killing them; one is a seasoned serial killer who has stalked victims in the forest for years and one is a man with a personal grudge against Mary. This is the first book in the series of Mary Crow thrillers.

Comments Off on Sallie Bissell. In the Forest of Harm. New York: Bantam Books, 2001.

Mary Crow, a half-Cherokee lawyer from the fictional mountain town of Little Jump Off, NC, is an up and coming Assistant District Attorney in Atlanta when this series begins. In each book in the series, Mary finds herself in the Appalachian Mountains dealing with crimes and mysteries, as well as issues from her past, her family, and the community where she grew up. Although all of the books in this series do take place in the Appalachian Mountains, the 3rd book in the series, Call the Devil by His Oldest Name, actually takes place on the Tennessee side of the border.

Comments Off on Sallie Bissell. The Mary Crow Thrillers.

Mary Crow, an Atlanta prosecutor of Cherokee ancestry, is called into action when a violent killer who appears to be targeting federal judges turns his sights on one of her friends. Mary’s investigation takes her back to her hometown, the fictional mountain town Little Jump Off, N.C., where she discovers not just a single suspect but an entire group, a right-wing paramilitary organization planning violent attacks on the government. In search of clues, Mary probes the caverns and other hiding places in the rugged wilderness.

Mary Crow, a tough prosecutor from Atlanta, has just returned home to North Carolina. After an unsuccessful bid for sheriff of Pisgah County, Crow opens her own practice and sets her thoughts toward a possible romance with an old flame. Her first case comes quickly. Crow is hired to defend a wealthy local man against charges that he killed a young girl. But the deeper she gets into the case, she becomes worried that the true killer might be the very man she was hired to protect.