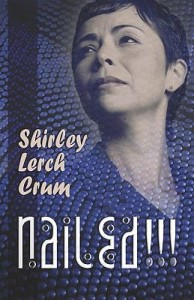 Cathy Cleveland and her best friend Linda Tate almost died last summer when they inadvertently got involved in a diamond smuggling scheme.  Since then Linda has been living life to its fullest, and she is about to be married to dapper airline captain David Sokol.  Cathy has a wonderful man in her life, handsome FBI agent Peter Channing, but she is keeping him at arm’s length.  As a cancer survivor, Cathy is aware that that life can take some cruel turns, so she is reluctant to let Peter, whose wife died from cancer, know how she feels about him.

John Marley has provided Cathy with a nice diversion.  Marley is a visiting professor at the college where Cathy teaches, and she enjoys his company when he is in town.  But Professor Marley is out of town quite a bit, guest lecturing at a number of colleges in the Carolinas.  He’s quite the showman, demonstrating scientific principles in exciting lectures that sometimes include walking on hot coals or lying on a bed of nails.  As this novel opens, Cathy goes by campus to pick up Marley so that they can spend the evening together.  She finds that Marley has been murdered–someone tampered with his bed of nails.

As the person who found the body, Cathy is a suspect.  But Cathy saw Peter Channing on campus shortly before Marley’s murder, and she fears that he might have been jealous enough of Marley to kill him.  The mutual distrust prevents Cathy and Peter from cooperating, and puts Cathy and Linda in danger.  John Marley’s academic career was just a cover for a sinister conspiracy to destroy a number of beach communities.  In chapters that alternate between Cathy’s activities and those of the conspirators, author Crum reveals the details of the conspiracy, the self-interests and double-dealing of the conspirators, and the reasons that Cathy’s life is in danger.  The action-packed finish takes place during the Wrightsville Beach Holiday Flotilla.