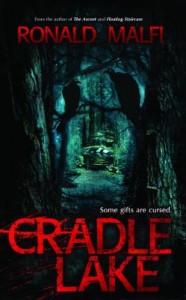 Buzzards won’t stop lurking around Alan Hammerstun’s property. Once Alan spotted the first few, more and more of the creatures started appearing, perching on his rooftop like hunched “gargoyles” and stalking around his lawn. The buzzards aren’t Alan’s only concern. Since he and his wife, Heather, moved in, strange vines have covered the house. Vines that bleed dark purple ooze and grow back right after Alan cuts them down. Despite the tension bubbling between them, Alan and Heather have quite a bit of patience to continue living in such a nightmarish space.

The Hammerstun couple and their golden retriever, Jerry Lee, only recently moved into the house, located in the mountains of fictional Groom County, North Carolina. Alan was surprised to hear that his Uncle Phillip left the house to him. They had little meaningful contact and Alan hadn’t visited the property since he was a kid. He and Heather lived in New York City. Alan was a native and a college professor in his early thirties. Heather, entering her mid-thirties, relocated to NYC after growing up in the Midwest and worked in an art gallery.

As of late, Heather and Alan had been trying to start a family with little success. Heather’s first miscarriage occurred early in the pregnancy. The experience was unsettling, but the Hammerstuns still felt hopeful. But Heather’s second miscarriage came slightly later in the pregnancy and was a much more traumatic experience. After their ordeal and subsequent attempts to conceive, Heather fell into a deep depression. She quit her job and her vacant, dangerous behavior began to worry Alan. So when the news of his unexpected inheritance reached him, Alan decided a change of scenery might help Heather heal and restore their relationship.

Soon after the move, Alan visits the lake on his property. He learns of its mysterious healing powers, but is cautioned by a friendly neighbor that sometimes the lake doesn’t always work its magical powers for everyone. Alan pursues information about the lake and the strange symbols carved on the stones lining the path to the lake. He finds a gruesome back-story and a warning from George YoungCalfRibs, a Cherokee with a prophetic gift. YoungCalfRibs advises Alan to leave his new home – but to burn it to the ground before he departs.  Meanwhile, Alan and Heather are growing further apart. Heather’s depression shows no improvement and Alan’s stomach ulcer, borne of stress, worsens. The allure of the lake starts to override Alan’s better judgment. Its miracles are easier to see than the possible strings attached.

Readers who don’t normally add much horror to their to-read lists shouldn’t pass by Cradle Lake. Novelist Ronald Malfi’s story is well-written and filled with strong, creepy visuals. The aforementioned buzzards and vines, in addition to Alan’s increasingly intense nightmares, are tangible and chilling. Alan’s growing paranoia and sense of being followed builds up slowly. The simmering tension already present between the Hammerstuns escalates after their move. Malfi does a nice job of prolonging those feelings until they boil over at the very conclusion.