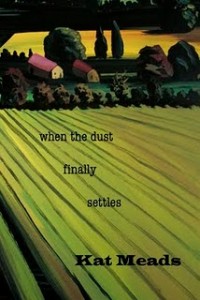 Clarence Carter died unexpectedly, giggling at the irony of it all, flipped over and pinned under his Oliver tractor on account of a wayward tree stump. Bewildered but rather amused by suddenly finding himself a ghost, he wanders back through the week leading up to his death in May of 1968. With a wry but empathetic voice, he examines the lives and emotions of the inhabitants of his home, (fictional) Mawatuck County in northeastern North Carolina. He comments on their age-old feuds, new loves, and festering anger at the harshness of life, surprised at how dying can alter one’s perspective so drastically. He is particularly interested in three impending graduates of the newly integrated Mawatuck County High School; his son, Lucian Carter, his orphaned niece, Amelia Nell Stallings, and their witty friend, Harrison Doxey. Lucian should be popular: he’s white, tall, and muscular. But he refuses to play football, and he’s always sticking up for his feisty, skinny, odd cousin Amelia Nell. On top of it all, he’s friends with Harrison, whose greatest crime (as far as the rest of the school is concerned) is being a member of the “first fifteen” to integrate Mawatuck.

Clarence Carter drifts through time and space to follow the trio as they grow up in the week leading to both their graduation and his death. Amelia Nell’s grandmother Mabel pushes her to commit to running the family farm, attempting to keep it out of the hands of her rich, no-good neighbors the Halstons. Harrison dreams of sashaying onto the dance floor at the local whites-only dance club, The Lido, and impressing the hard-to-please, gorgeous Jocelyn McPherson with his nonchalant daring. Lucian just wants Clarence to stop fighting The Man (in particular the severe, debt-collecting agents who come calling in a black sedan) and pay his federal taxes. In the end, the three children, for better or worse, will walk away from high school as adults.

Kat Meads has written a lovely tale about the strength it takes to make change and break rules that shouldn’t be rules. Embedded in her story are musings on a community’s shifting identity, its connection to the land, and the meaning of loyalty and love. Based on her home county of Currituck, Mawatuck County is filled with an abundance of diverse voices; some are familiar and expected, while others are new and beautifully different. As Clarence himself warns the reader at the beginning, “surprises coming your way, my friend, that much I guarantee.”