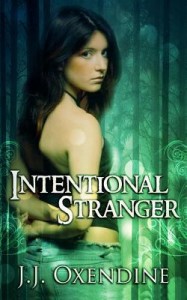 It’s commonly believed that the death of a child is the hardest blow that a person can experience.  For Grace Trenton, her son’s death comes after a disruptive move from Atlanta to the mountains of North Carolina and as her marriage is crumbling.  It’s no wonder that Grace’s husband, Mark, recommends that she see Claire Matthews, a therapist in the little town of Swift River.  Grace makes progress toward accepting her son Ben’s death, but she also senses that something is going on between her husband and Claire Matthews.  It comes as no surprise to Grace when Mark asks her for a divorce.

It’s not therapy that pulls Grace out of her sadness, it’s a job at the local coffee shop.  Jo, the shop’s owner becomes not just an employer but also a friend and confidante.  She even gives Grace a secure, inexpensive place to live.  Grace’s life is back on an even keel until she is visited one morning by FBI agent Gatlin Rawls.  Rawls is investigating a money-laundering ring that may include Mark.  Rawls soon realizes that Grace knows nothing about this part of her ex-husband’s life, but Grace’s ignorance will not protect her from ruthless criminals who will do anything to cover their tracks.  The ring acts swiftly, and even after the investigation ends, Grace is still not out of danger; in a final showdown Grace finds a treasure she thought she had forever lost.