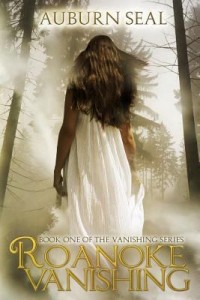 The fate of the English colonists on Roanoke Island has puzzled North Carolinians and scholars for centuries.  Did the colonist die of disease?  Did they starve during a harsh winter?  Were they killed?  Did they migrate inland and become absorbed into a Native American community?

With no conclusive evidence, theories have dominated discussions of the Lost Colony.  Avery Lane, the heroine of Roanoke Vanishing, has long been bothered by the theory that Native Americans killed the colonists.  To Avery, this unproven speculation has been used as a justification for unfair treatment of Native Americans in this state.  Avery, a grad student in history at UNC-Chapel Hill, wants to take a new approach to the topic by focusing on who the colonists were and what their lives were like before they made the long sea voyage from England to the New World.  Could it be that their lives in England hold the key to their eventual fate?

Avery’s thesis adviser, Jonas Allen, is a specialist on the English settlement of America, so Avery expects him to endorse her thesis proposal.  She is stunned when he angrily refuses to do so.  Professor Allen’s outburst is just the first of several unsettling, even dangerous, encounters that Avery has as she pursues her research.  Avery is followed, her house is broken into, and  her best friend is put in peril.  Avery comes to see that she must heed the words of the ghost Elinor (yes, that Elinor) and trust no one as she pursues the truth about the Lost Colony.

Roanoke Vanishing is the first novel in the author’s Vanishing Series.