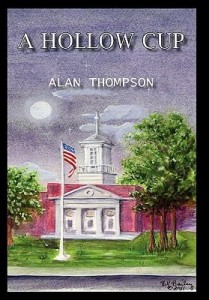 Lilah Freedman, a young woman involved in the civil rights movements in the small North Carolina town of New Hope in 1966, was brutally murdered one night after a protest at the local university. The white man originally accused of her murder was never convicted and a great deal of mystery and racial tension has surrounded this cold case ever since. Now, in 1991, a State attorney thinks he has enough evidence for a surprising new indictment, throwing the small town into an uproar once again. Pete Johnson and Luke Stanley, two attorneys sharing a past with each other, Lilah Freedman, and New Hope, return seeking closure and redemption in their own lives. Pete, having watched an unfairly convicted client of his go to his death, is disillusioned with the justice system. Luke Stanley, having spent his life fighting for racial integration in Chicago, seeks to bring that battle to his home town.

A complex novel that often switches perspective to give the reader a chance at glimpsing the world through a variety of eyes and opinions, A Hollow Cup travels back and forth in time between the youth of these main characters in the 1960s and their actions in the present day of 1991, illustrating the racial division and tension of each time. Alan Thompson’s readers will enjoy the geographical treasure hunt as the author describes his characters’ forays throughout the fictional town of New Hope, which bears a great many similarities to Chapel Hill.