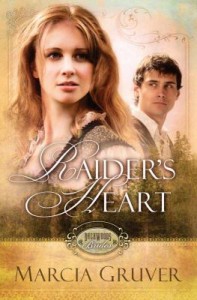 Is it possible that three people were murdered because of something they found on an old reel of microfilm?  That’s what newspaperman Luther Surles wants to find out in this mystery that moves between the Court of Queen Elizabeth I and present day Greenville and Lumberton, North Carolina.

Carl Burden and Luther Surles met when they were covering a Klan rally in Robeson County in 1958. Carl was a cub reporter; Luther had been a newspaperman for a few years.  Luther stayed in journalism, but Carl went to graduate school and eventually became a history professor at East Carolina University.  Carl’s research interest is the Lost Colony and a possible connection between the colonists and the Lumbee Tribe.

Carl’s new graduate student, the lovely Roberta Locklear, is also interested in a Lost Colony-Lumbee connection, and soon both Carl’s research and his love life heat up.  But Roberta has her own history, and Luther begins to suspect that some piece of that ties into Carl’s murder.  This novel moves weaves stories of the wars, exploitation, and double-dealing of earlier centuries with a very twenty-first century story of property development and greed.  As a bonus, the book contains a novel-within-a-novel–Carl’s historical novella on the Lost Colony. 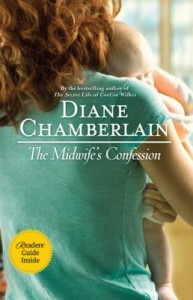 Thus far 2010 has been a difficult year for Tara Vincent and Emerson Stiles. First, Tara’s husband, Sam, dies in a car accident; then their best friend, a local midwife named Noelle Downie, inexplicably commits suicide. Sam, Noelle, Tara, and Emerson have been best friends since attending UNC Wilmington together in the 1970s, so the double loss is especially hard. The Noelle who Tara and Emerson knew was an ethical, passionate human being devoted to her work; she had no secrets, especially from them. But it appears they didn’t know the real Noelle, something that becomes uncomfortably evident as her private papers reveal more and more about her life, her family, and a horrifying mistake that may have led to her mental destruction.

The shocking revelations pile up, but what hurts Tara even more is the gaping distance growing between her and her daughter, sixteen-year-old Grace. Quiet, dark Grace was especially close to her father, as different from the blonde and outgoing Tara as night is from day. Tara loves her daughter desperately, but she feels helpless to repair their foundering relationship. She envies Emerson’s easy, close bond with her daughter (and Grace’s best friend), Jenny. But Noelle’s secrets will spiral wide to include both mothers and daughters, and nothing will ever be the same again.

Diane Chamberlain presents a heartfelt, intriguing novel about familial relationships: both those we construct through friendships, and those we are born into. No matter how close we are, we never truly know those we love as well as we might think. Written from multiple first-person viewpoints, Chamberlain tells the tales of Noelle, Grace, Tara, and Emerson across fifty years, flowing effortlessly between the past and present. This is an excellent beach read, book club novel, or for any time.

Most of the action in this latest Temperance Brennan novel takes places in Hawaii, but the case originates in the actions of two young men in Lumberton, North Carolina in the 1960s.  Authorities in Quebec are puzzled as to  how an American soldier thought to have died in the Vietnam War could turn up a corpse in Canada  forty years later. Tempe Brennan is called in.  Her visit to the man’s father will introduce readers to Lumberton, but the Vietnam War and drug smuggling are the true subjects of the novel.

Lots of people drive down I-95 on their way to Florida and for most it’s an uneventful trip.  Not for Chris Sandige, a political operative from Washington, D.C.  Chris swerves to avoid a dog, looses control of his car, and finds himself marooned in Lumberton for a weekend.  It could have been a quiet weekend, but Chris makes the mistake of inviting a pretty and mysterious woman to join him at dinner. While Chris is enjoying dinner, the sheriff’s department is investigating the murder of a local banker and his wife.  The two threads of the story come together in the person of the lady, as Chris is drawn into a web of oil profiteering, money laundering, and political corruption.

Set in Robeson County in the final days of the Civil War, sixteen-year-old Rhoda Lawson tells the story of the last desperate struggle to resist the Union Army. General William Tecumseh Sherman’s army was on its way, and the local Home Guard was rounding up everyone they could for the fight. The local Lumbee Indians, however, wanted no part in a war whose aims they had opposed. When Henry Berry Lowrie comes to help Rhoda’s brothers hide from the Home Guard, she falls in love with him, and leaves to live with the outlaws. Lowrie is an actual historical figure, and the events of this novel are based in part on his life.

Comments Off on Josephine Humphreys. Nowhere Else on Earth. New York: Viking, 2000.