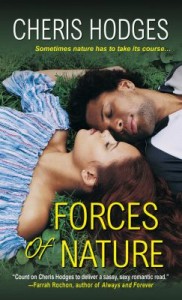 In the 1970s,  jealousy drove Douglas Wellington Jr. to great success in establishing his manufacturing company, Welco Industries. As a young man, Douglas Jr. was ashamed of his poor background, and his intellectual interests led his peers to dismiss him as nerdy.  But “money changed things and changed the way people viewed” Douglas Jr. He wielded his power and money to exact revenge on the people who once thought of him as just a poor boy from Waverly. His most ambitious sights were set on the Hughes Farm. In Douglas Jr.’s mind, Joel Hughes stole Erin Hamilton from him. Although Douglas Jr. married another woman, he was still besotted with Erin. And if he couldn’t win Erin back, then he would make them both pay.

Fast forward into the present day and Douglas Wellington III is now CEO of Welco Industries. Much of nearby Reeseville has been developed by Welco. But not quite the entire town has been dug up and gentrified. Not the Hughes Farm, at least. Douglas hopes to solidify plans on the Douglas Wellington Jr. Business Park as soon as possible to honor his deceased father’s memory and to appease his board of directors. The chairman of the board, Clive Oldsman, hounds Douglas relentlessly about speeding up the project. Originally Douglas had dreams of making a name in the music industry, but when his father fell ill with colon cancer, he was lured into the family business to please his dying father. So his sights are fastened on the Hughes Farm.

Crystal Hughes, daughter of Joel and Erin Hughes, is not about to let Welco steal her family’s farm out from under her. She’s feisty and full of ideas to protest the business park, including handcuffing herself to the desk of Douglas’s receptionist. Crystal’s determination is understandable. After all, the Hughes Farm is a legacy. The farm was the first property owned by African Americans in Duval County. Under Crystal’s management, the farm produces vegetables that are donated to the local homeless shelter. Also, Starlight House, a group home for young girls, sits on the property. Crystal has a fierce devotion to the girls at Starlight, who in turn, show their affection and appreciation by helping with chores around the farm. Crystal loves the farm and she is confident that anyone who spends time on the land will fall in love with it too. She is so confident, in fact, that she challenges Douglas to spend one week on the property before he continues with his plans to destroy the farm. Douglas accepts the offer, if only because of his attraction to Crystal.

In Forces of Nature Cheris Hodges offers a light rendition on Romeo and Juliet: two sworn enemies stifling their attraction to each other out of familial loyalty. Will Crystal’s proposition change Douglas’s mind? There is plenty of intrigue and family secrets to keep readers turning the pages of this book. 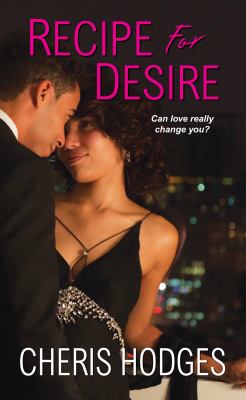 Imagine a “chocolate Paris Hilton” and you have Charlotte’s number one party girl, Marie Charles. Wealthy, spoiled, and riding on her father’s coattails, Marie is living a life of luxury until the night that she drunkenly assaults her ex at Mez, an exclusive nightclub. Such an embarrassing act would be enough fodder for The Queen City After Dark, Charlotte’s version of TMZ, but blogs and papers go wild when Marie is found behind the wheel of her wrecked Jaguar. Thinking that her father will get her out of her latest crisis, Marie takes the blame for the accident although it was her unlicensed public relations intern who was really behind the wheel. But Richard Charles, a prominent civil rights attorney, is not happy with his daughter’s latest antics, and he supports the judge’s decision to give Marie a strict sentence: a suspended license and five hundred hours of community service at a local women’s shelter.

Marie is angry, but she realizes that she can cope as soon as she lays eyes on Devon Harris, her supervisor at the women’s shelter. Incredibly good-looking and a successful gourmet chef, Devon is not impressed with Marie’s party girl past. Over time, though, the two find that a person’s reputation doesn’t always match who they are: Marie has a generous heart, and Devon is not as guarded as he thought he was. After five hundred hours together, Marie and Devon fall in love, with both agreeing that Marie’s meltdown was the best thing that ever happened to either of them.

Kenya Washington is just starting out as a journalist.  After a stint in Georgia, she is back in North Carolina, working in Greensboro.  She likes being back in the state where she went to college and feels that she is making some progress in her career, but her love life is stalled.  Her good friend, Drew, a DJ on an Atlanta radio station, is in a similar boat. Drew’s radio show is just taking off, but she is still within the orbit of her college boyfriend, Xavier.  Luckily for Drew, a young doctor has moved into the apartment next to hers.  Drew may find love, but what about Kenya?

Cheris Hodges. No Other Lover Will Do. New York: Kensington Publishing, 2010.

Solomon Crawford edged out his older brother to become the manager of his family’s hotel chain. Now Solomon has taken a risk by opening a luxury resort in the North Carolina mountains during a down economy. Solomon is confident that it will succeed because he and his omni-competent assistant, Carmen De La Croix, have seen to every detail.

Just to be sure, Solomon decides to pay a visit to the resort.  Once there, he meets Kandace Davis, a beautiful workaholic whose friends have urged her to take a vacation from the restaurant that they all own in Charlotte. Kandace is looking for just one R–rest--so when Solomon tries to put the moves on her in the spa’s hot tub, she brushes him off in no uncertain terms. Solomon, who is quite the playboy and very confident, is sure that Kandace eventually will succumb to his charms.  As he pursues her, he realizes that Kandace will not be just another conquest and that his life will be richer if they can make a more permanent connection.

Just as Solomon and Kandace connect, Solomon receives a call from New York.  His security chief and friend, Danny, has been murdered.  Danny’s background check on a key employee sets a killer in motion, and Solomon and Kandace are both in danger.  After an attempt on his life, Solomon goes to Charlotte to recuperate.  There he is embraced by Kandace’s circle of friends, but the lovers are still threatened.

Comments Off on Cheris Hodges. No Other Lover Will Do. New York: Kensington Publishing, 2010.

Caprice Johnson, a second generation police officer, will tell you that it was the cold weather that drove her out of Chicago, but it really was a broken heart. Her man, Damien King, just wouldn’t be true, so Caprice left Chi-town for a job as a police officer in Charlotte. Her new work partner, Nathan Wallace, is smart, fit, friendly, and maybe the type of honest, faithful man that Caprice has despaired of ever finding. Tough cases and Caprice’s reluctance to begin a new relationship are obstacles enough on the road to romance, but there are additional challenges to face. Nathan’s brother, Cordell, is a petty criminal who has moved on to bigger things. Caprice’s old love, Damien, moves to Charlotte to start a new business and woo her back. When Damien is murdered, Caprice is the number one suspect. Suspended from the force, she tries to unravel the mystery of Damien’s death and her complicated feelings for Nathan.